Cooper Battersby (b. 1971, Penticton British Columbia, Canada) and Emily Vey Duke (b. 1972, Halifax Nova Scotia, Canada) have been working collaboratively since June 1994. They work in printed matter, installation, new media, curation and sound, but their primary practice is in single-channel video. Between discussions of life, death, and sexuality, Duke & Battersby craft a simultaneously cute, violent, and emotive universe, starting a poetic and psychoanalytic dialog between humans, animals, plants, and their camera.

Civil Twilight at the Vernal Equinox
(2019, 6 min, Work in Progress)

“There is no such thing as self-esteem. Self-esteem as a construct is illogical and contradictory, so its frequent deployment as the lynch-pin of New Age discourse seems to me satisfyingly appropriate. I don’t trust anyone who doesn’t have frequent bouts of self-loathing. There is something truly monstrous about the self-righteous. Eating a well-balanced diet is a horrible act of aggression. Whenever I hear the word “culture” I think of bacteria mutating under an ultraviolet light and I’m happy again for a while. Within the petri dish: unfettered egoless desire, the proliferation of new possibilities ideas made flesh, uncaring and finally airborne. Empathy is a tool for making the cruelty more precise. Beauty is independent of taste; the sublime only works for suckers. Whenever I laugh I feel guilty.”

— Steve Reinke on the work of Duke & Battersby

This program is produced in partnership with Mary and Leigh Block Museum of Art. 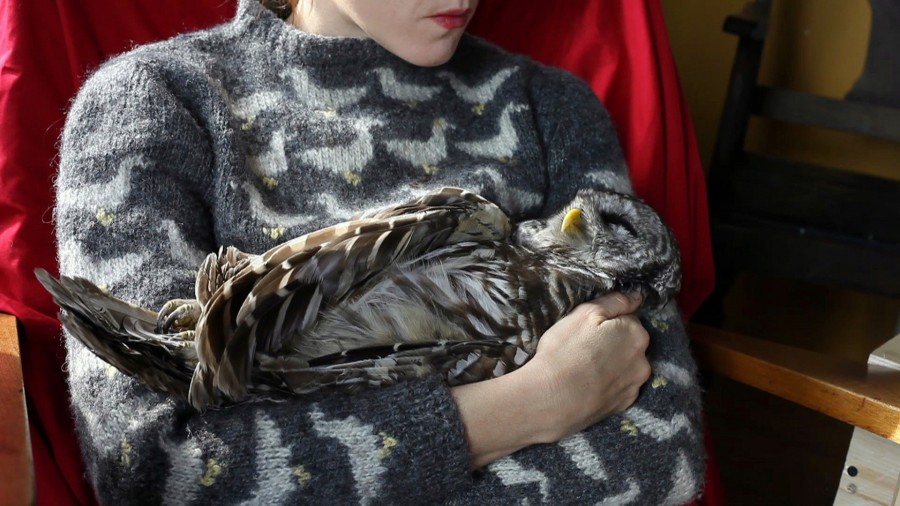