Commoning the City—Notes from assembling an Atlas

A talk by Stefan Gruber

Against the backdrop of the escalating climate crisis, social inequity, and political polarization, the failures of governments or markets to provide even access to resources and opportunities is leading citizens worldwide to take matters into their own hands—self-organizing by pooling resources and claiming their collective right to the city. The creative insights emerging from these practices of commoning offer an entry point for refuting the neoliberal mantra “there is no alternative,” and spurrs the imagination of another possible world. This talk asks many questions, including: What impact can commoning have on the bottom-up transformation of cities? And what agency do designers have in contributing to such commons transition?

Stefan Gruber is an associate professor in architecture and urbanism at Carnegie Mellon University, where he directs the master of urban design program. His work spans design-built projects, and interventions in public space, urban design, and research with a particular focus on spatial practices and the political as articulated through the negotiation of top-down planning and bottom-up transformations of cities. Most recently, Gruber guest-edited ARCH+ magazine 232: An Atlas of Commoning and cocurated the eponymous traveling exhibition. Previous books include Spaces of Commoning (Sternberg, 2016), Big! Bad? Modern (Park Books, 2015) and Vienna: Slow Capital (Academy of Fine Arts Vienna, 2011). Gruber founded STUDIOGRUBER in 2006 after working with Diller, Scofidio + Renfro. His research and design work has been published and exhibited internationally and supported by the Graham Foundation, and fellowships from Margarete Schütte-Lihotzky and Akademie Schloss Solitude, among others.

Image: The traveling ifa-exhibition An Atlas of Commoning on display at the Kunstraum Kreuzberg/Bethaninen in Berlin. Photo: © Sebastian Schels

Tags: Chicago, Commoning the City—Notes from assembling an Atlas, Graham Foundation for Advanced Studies in the Fine Arts, Near Northside, Stefan Gruber 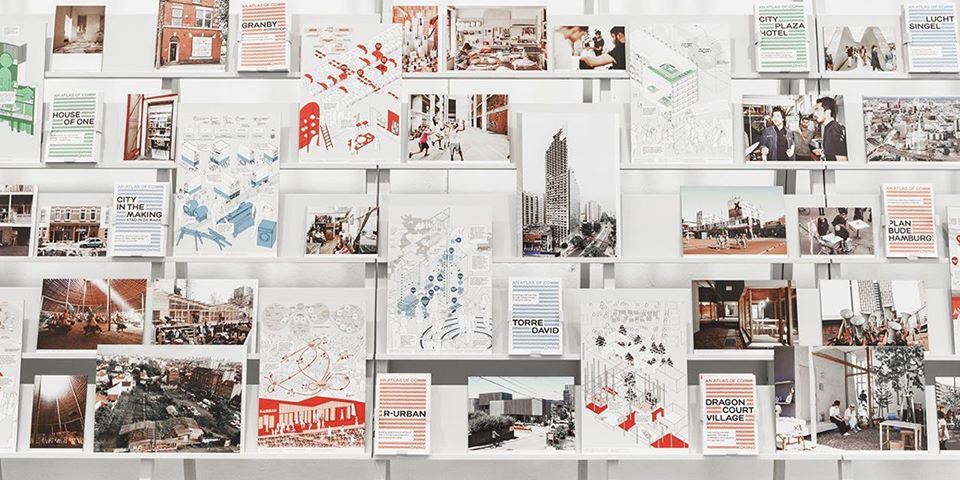