Free and open to the public.
Doors open at 6:30pm, screening starts promptly at 7:00pm.

At the New Temple Missionary Baptist Church in Watts, only a small crowd in the pews witnessed Aretha Franklin’s historic, transcendent performance in 1972. A recording of this two-day concert/religious experience became the best-selling live gospel album of all time, but the film languished unreleased until last year, when Franklin’s soul-stirring vocals shook the rafters of theaters around the world.

Experience “the closest thing to witnessing a miracle” (Rolling Stone) with a presentation of Amazing Grace under the vaulted ceilings of Rockefeller Chapel. A post-film conversation between Ayana Contreras and Dr. Walt Whitman will be moderated by Jacqueline Stewart, UChicago professor of Cinema and Media Studies and director of Arts + Public Life. 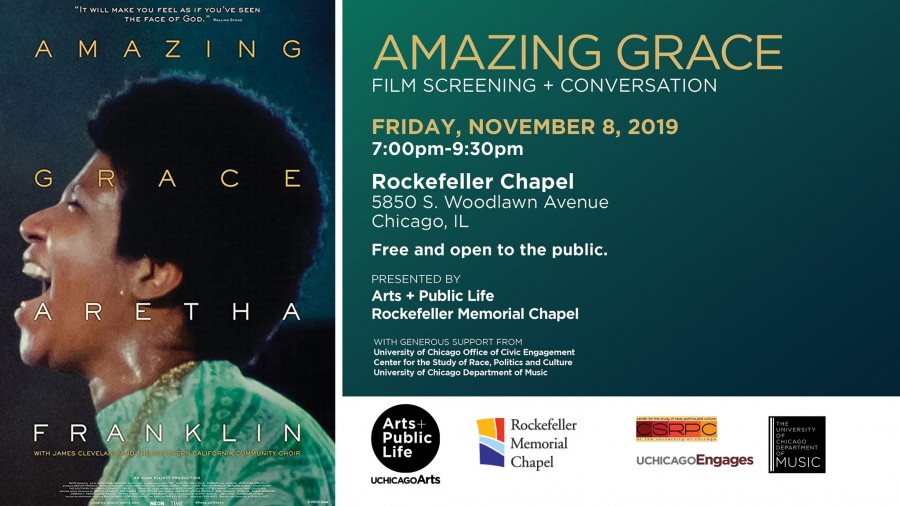