To promote economic development and placemaking in the Loop, Chicago Loop Alliance launched a program called ACTIVATE in 2014. ACTIVATE transforms alleys from overlooked passageways into pop-up celebrations of art and public space. Six seasons later, ACTIVATE has grown into a beloved Loop staple attended by thousands with a loyal following of creative Chicagoans.

ACTIVATE provides something the Loop previously lacked — a celebratory, artistic experience meant specifically for locals. By engaging with curators from around the city, ACTIVATE has also created a platform for diverse groups in the city’s downtown core.

As part of the Chicago Architecture Biennial Talk Series, this FREE talk will discuss lessons about placemaking learned from ACTIVATE and explore the role of civic organizations in designing for community development.

The Biennial Talk Series connects topical ideas in architecture such as housing affordability and urbanism with arts, culture, and design, bringing together cultural leadership locally and globally. Typically held on Tuesday evenings in Claudia Cassidy Theater (at the Chicago Cultural Center), these free programs are organized by the Biennial and presented in collaboration with Biennial partners and sponsors. Stay tuned for more events in November. Learn more at https://chicagoarchitecturebiennial.org/events. 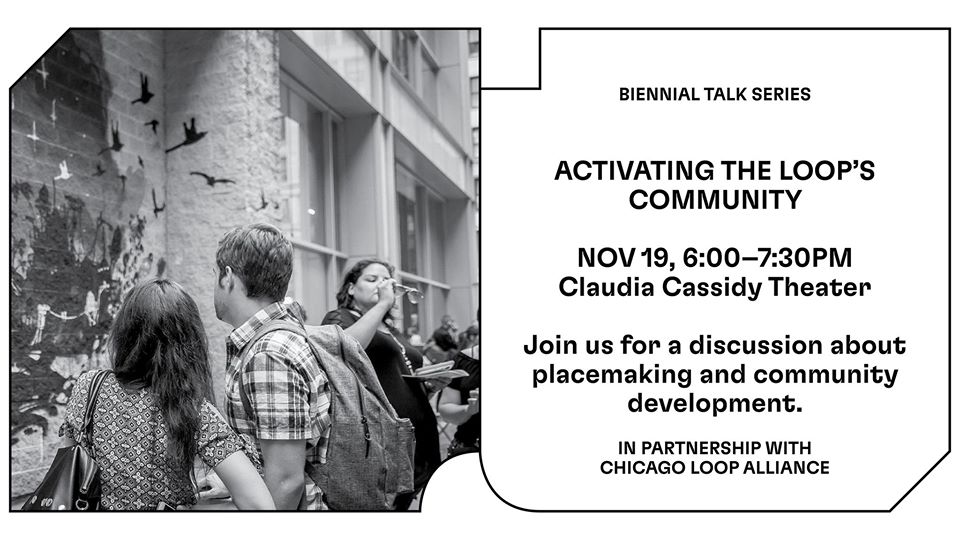