Justice Hotel at 6018North is excited to host this program for the Chicago Architecture Biennial, bringing this important work to a Chicago audience.

This extraordinary documentary is an unflinching record of the workers’ struggle that took place primarily in what is formerly known as the Sanya district in the east side of Tokyo in the 1980s. Conceived of as a weapon in the struggle, YAMA exposed the role of the yakuza, the Japanese elite and corporations in the violent exploitation of the labor class amidst the construction boom of the time. Issues around labor rights, class discrimination, corruption, foreign workers’ rights, police violence and the stench of fascism all rear their ugly heads in this powerful chronicle.

The film begins with the aftermath of the fatal stabbing of the original director of the film, Mitsuo Sato, by a member of a right-wing imperialist yakuza clan on December 22, 1984. It was completed by a collective, headed by director Kyoichi Yamaoka, who was also murdered soon after its completion. Still as relevant as ever, YAMA is a record of post-war Japanese history that sheds light on the dark underbelly of labor and power relations under capitalism.

A more detailed discussion of the film’s history and of the Sanya district can be found on the Berlinale website: https://www.arsenal-berlin.de/en/berlinale-forum/archive/program-archive/2018/program-forum/special-screenings/yama-attack-to-attack.html.

Admission is free and open to the public.
https://www.justicehotel.org/programs-events 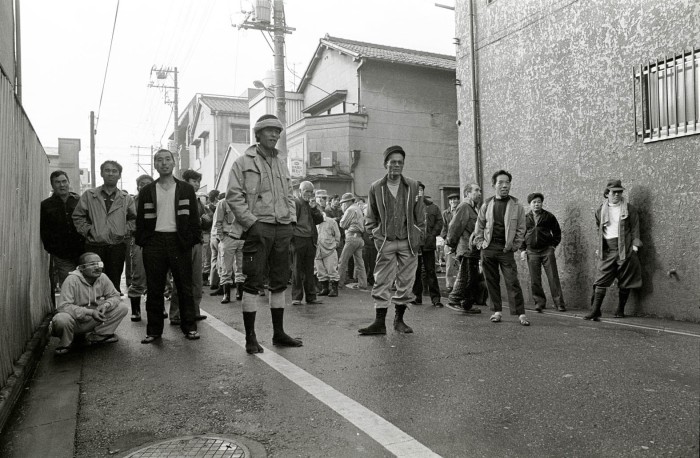