The recent work on view in High Water Marks, Wade Tullier’s first show in Chicago, features a selection of ceramic sculptures that depict animals, figures, phenomena, and everyday objects. For Tullier his sculptural works appear as characters in the traditions of oral histories: they are elusive and capable of transforming but always recognizable. His ceramics depict interactions with the natural world balancing pleasure, pain, danger, and awe. While these objects remain familiar and are easily identifiable, the assemblage of objects remains ambiguous, echoing the nonlinear and layered structure of memory as it is excavated through the process of storytelling. Intent on employing his work to recreate his interior world and history, he works intuitively enabling him to form connections, physically and mentally, between multiple objects. In this way, the ceramic assemblages Tullier creates rely on our innate ability as storytellers to construct meaning and narrative building upon the power of belief and personal myths.

The depictions in Tullier’s ceramics are inspired by his unsettling experience as a forensic sculptor and researcher. The imagery in his ceramics trace back to the experience of working to identify the unknown, the stories I was told as a child, and growing up in southern Louisiana. As a sculptor, the objects he creates draw from this history of violence, death, and destruction at the hands of natural disasters and man-made catastrophes.

Wade Tullier (b. 1988) is a Detroit-based visual artist working primarily in ceramics. Raised in southern Louisiana, he holds a BFA in Ceramics from Louisiana State University and received his MFA from Cranbrook Academy of Art in 2017. Tullier has shown nationally and internationally, most recently presenting work in Reykjavik, Iceland, Munich, Germany, and Detroit, Michigan. Tullier is expected to release a collaborative book project titled Protection Rituals with Drum Machine Editions along with a limited-edition print series in Spring 2020. 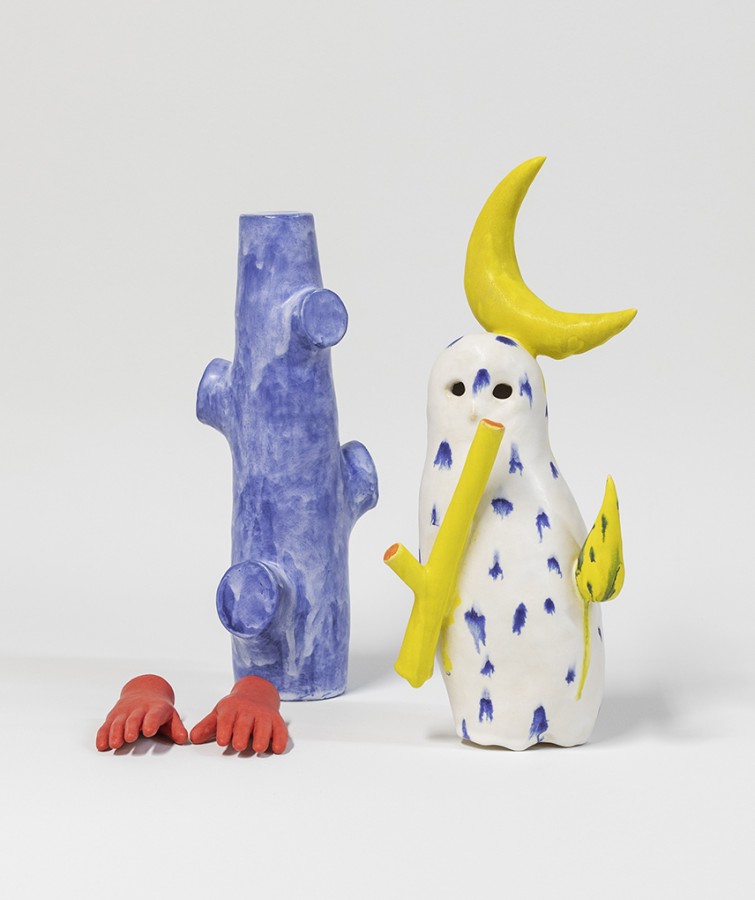