Tetsuya Ishida: Self-Portrait of Other

Tetsuya Ishida: Self-Portrait of Other will open at Wrightwood 659, the Tadao Ando-designed exhibition space at 659 W. Wrightwood Avenue, on October 3, 2019. This is the first retrospective exhibition of Japanese artist Ishida (1973−2005) in the United States. Tetsuya Ishida: Self-Portrait of Other, on view October 3 – December 14, 2019, reveals the sense of disorientation and alienation that permeated Japan’s consumer society during and after the recession in the 1990s.

The exhibition is presented in collaboration with Museo Nacional Centro de Arte Reina Sofia, in Madrid, Spain, where it is on display through September 8, and is curated by Museo Reina Sofia Head of Exhibitions, Teresa Velázquez Cortes.

Tetsuya Ishida: Self-Portrait of Other features a selection of approximately 70 paintings and works on paper that provide insight into the artist’s short, but prolific, career. Early works presented date back to 1996, the year Ishida graduated from Musashino Art University, Tokyo, with a degree in Visual Communication Design, while the most recent were completed in 2004, shortly before his untimely death. Though relatively unknown in the Western art world, Ishida has become a cult artist in his own country, where his imaginary world has become a reference for younger generations. His sharply critical work was presented in Europe at the 56 Venice Biennale in 2015.

Much of Ishida’s artwork centers on Japan’s turbulent economy, which began to flourish at the end of World War II, and led to scientific, industrial, and technological growth through the 1980s. The real estate speculation during this time further boosted the country’s economy. However, this prosperity came to a halt in 1991, when the financial bubble burst, resulting in an economic downturn known as Showa Recession. This nationwide recession of the 1990s became known as the “lost decade,” the period during which Ishida came of age. Naturally, this moment in history strongly influenced his artwork, which takes the form of bitter social satire and resists the idealization of the postwar growth that eventually led to the country’s financial crisis.

“Ishida’s focus on the uncertainty and desolation of Japanese society, drastically altered, in part, by technological advances, fits squarely into the mission of Wrightwood 659, which opened in 2018 as a place to engage with the pressing social issues of our time,” said Lauren Leving, Exhibition Manager, Wrightwood 659.

This presentation of Tetsuya Ishida: Self-Portrait of Other is organized by the Museo Reina Sofia, Madrid, in collaboration with the Halsted Art & Architecture Foundation at Wrightwood 659. Works on display have been generously loaned by the Shizuoka Prefectural Museum of Art, the Hiratsuka Museum of Art and The National Museum of Modern Art (Japan), the artist’s estate, and private collections in Singapore, the United States, Hong Kong, and Korea.

Wrightwood 659, a private, non-collecting institution devoted to socially engaged art and architecture located at 659 W. Wrightwood Avenue, opened in late 2018 and presents three public exhibitions annually. Located in Chicago’s Lincoln Park neighborhood, Wrightwood 659 was designed by Pritzker Prize-winning architect, Tadao Ando, who transformed a 1920s building with his signature concrete forms and poetic treatment of natural light. Future exhibitions at Wrightwood 659 include The Allure of Matter: Material Art from China, a major exhibition of contemporary experimental art in China, to be presented in February 2020 in partnership with the Smart Museum of Art at the University of Chicago.

Exhibition Ticketing
Tetsuya Ishida: Self-Portrait of Other tickets are available online only, starting Monday, September 23, 2019. Wrightwood 659 will be open to the public during Tetsuya Ishida: Self-Portrait of Other on Thursdays 12p-8p, Fridays 12p-8p, and Saturdays 10a-7p through December 14, 2019. During the exhibition, free general admission tickets will be released each Monday for the current week. All visits require a reservation. Tickets will only be available online at https://tickets.wrightwood659.org/events. 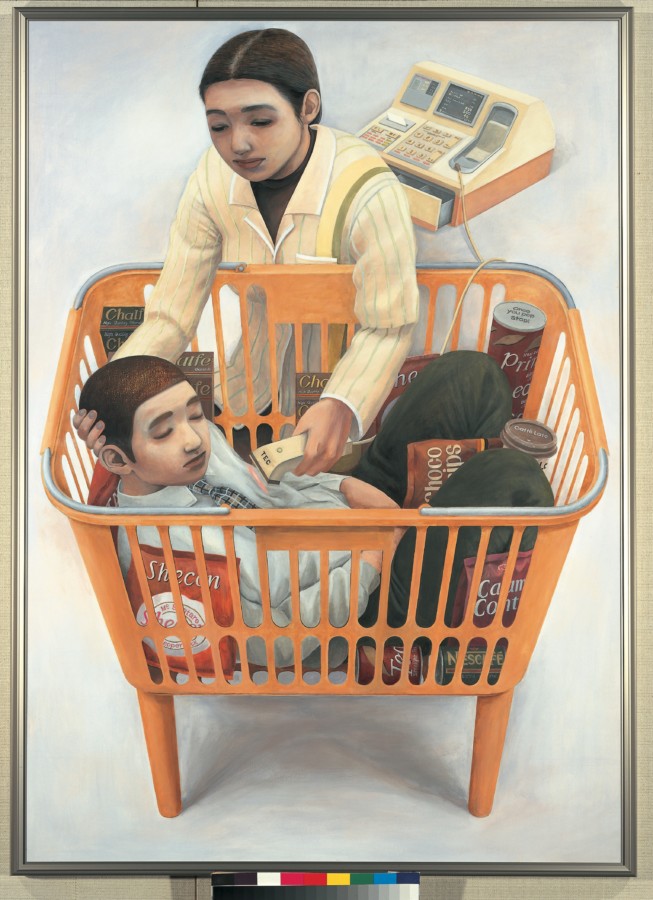