secrets for strangers; portals for passing

On view through Saturday, November 30th

Aspect/Ratio is pleased to present secrets for strangers; portals for passing, a two person exhibition with Andrew Bearnot and James Murray. What are the secrets we tell to strangers and where are the portals that allow for passage to other worlds? Marking time, pressing, pushing, embedding into a material a trace of something. Masking, obscuring, removing, excising, carving, cutting, culling and rubbing away. We find spaces in our worlds to hold us. Spaces available through slippage in geography and society allowing worlds to flourish in the gaps between. Spaces that are temporary or fragile and yet filled with great potential for love, for friendship and for our bodies. An immaterial nature exists with these places that allows for them to be created anywhere less observant people will overlook.

What happens when we remove an act or gesture or select a fragment of time? What happens when the body becomes an object, a material and surface to mark on? Figures that hold secrets and a language that communicates to only a few. Perhaps not every thing is meant for every one.
The marks and forms that remain in this exhibition become a record of a space or act now missing. A space that is between worlds, bodies, forms and figures.

Emerging from a flipped wrist, a curl of hair, a crossed leg or pursed lip: these gestures provide to those who know a blatant sign for our shared pleasures and history. Monuments can take many forms including those listed above, those monuments meant to last for an eternity do not interest us and are not what will be considered. Instead we will celebrate ourselves in those materials and fragments of time and place that slip away, erase and disappear, their patina growing ever heavier with the rubbing of hands and bodies.

A ceremony has been completed, the trace of an activity, a moment, scene or ritual is all that remains.
Andrew Bearnot is a self-described materialist: thinking with and through the substance of things, centralizing practices of looking which reveal uncertainty and create queer phenomenological effects. Based in Chicago, he received his MFA from the University of Chicago, his BFA from the Rhode Island School of Design, and his BS from Brown University. Bearnot has shown internationally and was awarded a Fulbright Fellowship. Residencies include Marble House Projects, Museum of Art and Design, and Hyde Park Art Center.
James Murray, also Chicago based, is an artist and music producer. His work explores languages, histories, narratives, archetypes and spaces of past, present and future queer communities and bodies through materials which include sound, drawing, new media, video, performance, and books. His work has been exhibited internationally and he received his MFA from the School of the Art Institute of Chicago and his BFA from the School of the Museum of Fine Arts Boston. Work from Murray is included in the public collections of the Kinsey Institute and the Joan Flash Artists’ Book Collection. 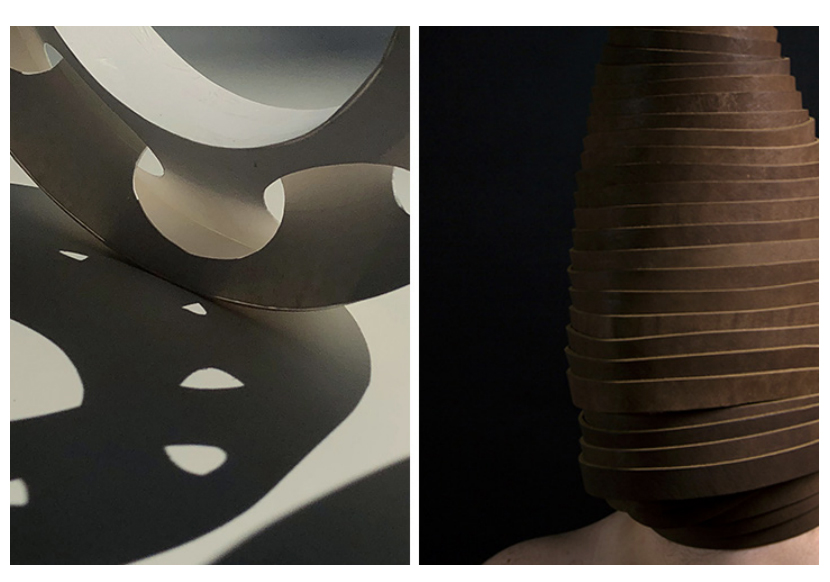