Macarena Campbell-Parra is a Chilean dance artist. She studied dance in the Laban Center in London and the School of Ballet of the Municipal Theatre of Santiago and has a degree in Art Direction from the Universidad Mayor in Santiago de Chile. As a dancer she has worked on projects led by artists such as Javiera Peón-Veiga, Vangelis Legakis, Brisa Muñoz; in companies like Zikzira Physical Theater and Teatro da Vertigem in Brazil, The Cholmondeleys, bOxd productions in England, and La Vitrina Dance Group in Chile.

In one form or another, the art work of Máximo Corvalán-Pincheira has always revolved around one theme: power and its aesthetic dimension. Over twenty years, Corvalán-Pincheira has developed an extensive international career, developing work through South America, North America, Europe, Asia, and New Zealand. He’s been awarded many national and international fellowships, residencies and awards to enable the development of his work in solo and group shows and has represented Chile in many international expositions on South American Art. 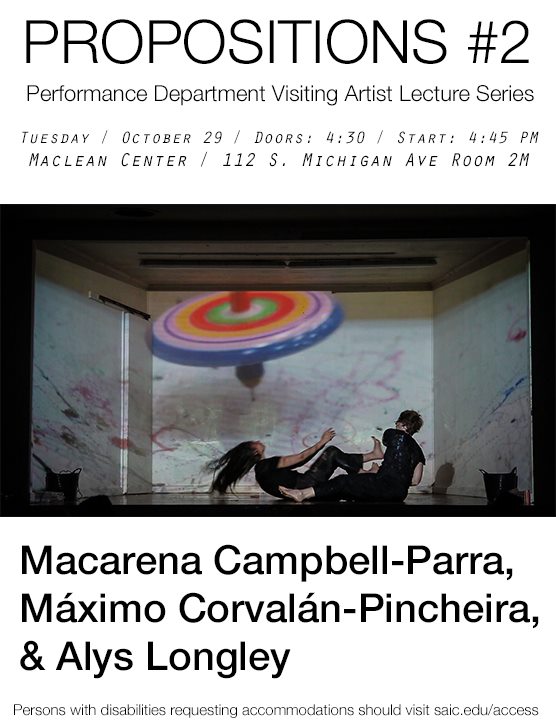