“Vocalist and electronic musician Andrea Pensado brings her highly intuitive approach to music making to ESS for a solo performance as well as a discussion about her work with Option curator Andrew Clinkman.” – tim daisy/Option curator

Andrea Pensado (b. La Plata, Argentina) works with sound as a performer and programmer. She has been using digital media and live interactive systems since 1995. She studied in Argentina and Poland where she graduated in Composition with honors. However, her music started to gradually move from composition to improvisation.

Based in the US since 2002, Pensado uses voice and electronics to make her music. Max is her main tool. The programming emphasizes the mapping of synthesis parameters into performance gestures. The approach to both, programming and performance is highly intuitive. The harsh cut up noise result, mixed with the strong emotional component of her music, generates a deeply personal sonic language which inevitably gives rise to intense responses in the most diverse audiences.

In addition to her solo work, she has longtime collaborations with Chris Strunk & Walter Wright in different groups (Los Condenados, Bats From Pogo and Sheer Anxiety) and Jen Gelineau & Stephanie Germaine as Phurnne. Her newer projects include Every Cloud (with Nico Tracy) and The Impenitents (with Andy Kivela and Erik Brown).

She plays extensively in the US and abroad. She performs in all sorts of varied venues from regular concert halls to art galleries, clubs, lofts, basements, record stores and “house-shows”. She also runs Sonorium, a series of improvised experimental music in Salem, MA since 2010.

Ryan Masteller at TABS OUT writes: “…Pensado’s style is all tension and little release… the sound is simply fascinating…”

Peter Margasak at the Chicago Reader writes: “…Pensado has an impressive control of her tools – she can suggest recklessness while knowing exactly what she is doing…”
www.andreapensado.com

OPTION is a weekly music salon on Monday nights at Experimental Sound Studio. It’s programming explores contemporary perspectives on improvisation and composition in a ‘salon’ format, enabling local, national, and international artists to publicly discuss their practice and ideas as well as perform—all in the intimate environment of ESS’s Studio A. Organized by Chicago musicians Andrew Clinkman, Tim Daisy, and Ken Vandermark, the schedule of concerts represents an insider’s view of what is currently most exciting in music and the arts. Shows are professionally recorded by ESS staff, and are streamed live on YouTube. ess.org/option 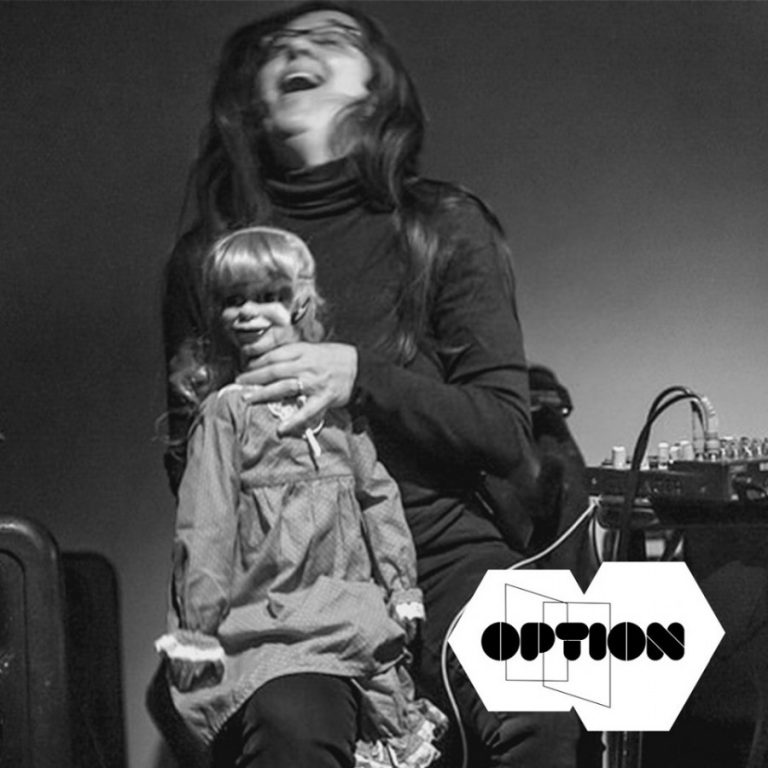