On view through Friday, November 8th

A SOLO SHOW BY FRANCISCO-FERNANDO GRANADOS

Visiting artist from Toronto, Francisco-Fernando Granados, will present a work of Performance Art on the Lower Level of Zhou B Art Center during their 3rd Friday event from 7-10PM. Remains from this performance will be on view as an installation for three weeks closing Friday, November 8th.

As a conceptual project structured around a series of actions, conversations, and installations, the NEW PRIMARIES series aims to make an intervention into formalist aesthetic approaches by proposing alternative sets of basic elements for the conception of an artwork. For this iteration of the project, the proposed set of new primaries is hetero/homo/auto. In the formation of this triad, the closed relationship between ‘hetero’ and ‘homo’ is broken in order to think of difference outside of a restrictive gender binary. Here, queerness becomes the possibility of difference in iteration, drawing from traditions of durational performance practice to push into an aesthetic and conceptual space where abstraction can become a condition of possibility for political consciousness.

Francisco-Fernando Granados [www.francisco-fernando-granados.blogspot.com] is a Toronto-based artist. His multidisciplinary critical practice spans drawing, performance, installation, cultural theory, digital media, public art, and community-based projects. He has presented work in galleries, museums, theatres, artist-run centres and non-traditional sites since 2005. These venues include the Hessel Museum of Art (NY), Berrie Center for Performing and Visual Arts at Ramapo College (NJ), Defibrillator Gallery (Chicago), Voices Breaking Boundaries (Houston TX) Ex Teresa Arte Actual (Mexico City), Kulturhuset (Stockholm), Theatre Academy at the University of the Arts (Helsinki), the Art Gallery of Ontario, Vancouver Art Gallery, and Darling Foundry (Montreal). Awards and honours include Emerging Artist Grants from the Toronto and Ontario Arts Councils, a Projects to Visual Artists grant from the Canada Council for the Arts, the Governor General’s Silver Medal for academic achievement upon graduating from Emily Carr University in 2010, and being named as one of Canada’s 30 Under 30 by BLOUIN ARTINFO in 2014. He completed a Masters of Visual Studies at the University of Toronto in 2012. He is an Assistant Professor in the Faculty of Art at OCAD University. 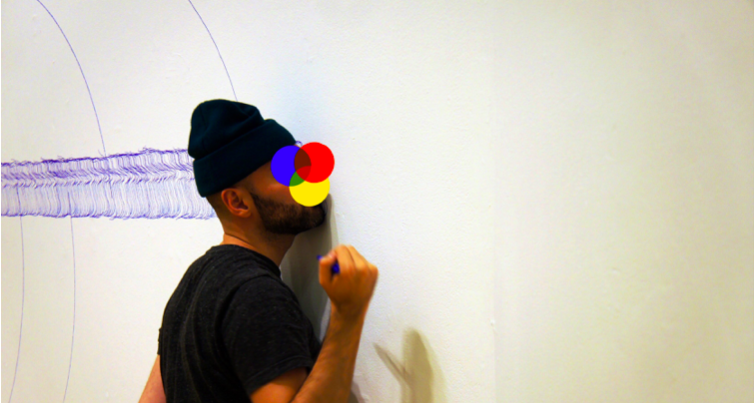