The Riverside Arts Center is pleased to announce Souths & Norths, a solo exhibition of works by Mauricio Forero, curated by Bob Faust. The exhibition opens on Sunday, October 20th, with an artist’s reception from 3-6pm, and runs through November 23rd.

A native of South America, Mauricio Forero grew up watching American Westerns: “I wanted to be the cowboy.” Not until later, well into his adulthood, he realized he was on the side against his own culture.

Forero explores the ambiguous relationship of south with north — the cultural tug of war in the Western Hemisphere, and how that seeps into contemporary underdeveloped societies struggling for a voice. Central to this struggle is the immigrant — alone, in need of basic necessities, acknowledgement and understanding, regardless of origin. The paths they seek directly impact both “norths” and “souths.”

The exhibition includes 6 works — 3 installations and 3 wall-hung pieces that employ simple objects and materials, both found and made. Many have universal uses, such as pots, stools, tables, shelves and firewood that symbolize the building blocks of our shared humanity. Others find voice through “modernspeak,” Forero’s invented words that run through the pieces. Featured in the show is a hand embroidered wall hanging titled “Flag not Flag.” The sewn thread on canvas is used as a means to illustrate as well as an homage to his grandparents, both tailors, whose house Mauricio grew up in, in Bogotá, Colombia.

Mauricio’s voice — at times inquisitive and hope-filled, other times, more critical, echoes throughout the exhibition, nudging us to see our own truths and each other more clearly.

“Why did I root for the cowboy? He was against my own culture. How did I not even see that?” — MAURICIO FORERO

Born in Colombia in 1963, Mauricio Forero began his art career at business school in Bogota. He studied screen and printing while drawing for Leo Burnett in national advertising campaigns. He then went to Sears Roebuck’s publicity department as residential artist for in-store copy. Later, he drew for Santillana Press and Harcourt Brace to illustrate the children’s books ​Song of the Gecko​ and ​When My Papa Comes Home. ​Mauricio also created posters for Harcourt Brace’s Latino poetry series for bilingual education textbooks used throughout the southwestern U.S.

Arriving in the States in 1990, Mauricio showed in galleries like El Taller of Austin, and Dagen Bella of San Antonio. His first solo exhibit was in Fort Worth in 1995 at Magnolia Gallery where he gained critical acclaim by the ​Fort Worth Star Telegram.​ Mauricio later moved to Chicago, showing at the Hyde Park Art Center, Harold Washington College, Lake Forest College, Pilsen’s ShowPODs, and University of Chicago’s Southside Hub of Production alongside artists such as Dan Peterman. His latest installation, entitled SCHLEPP, was a collaboration with his wife Sophia Forero. Part of Anthony Overton Creative Grounds, the 2019 day of art activism was held in conjuction with the Chicago Architecture Biennial- the Foreros presented an interactive piece that spoke to educational differentials in the US. 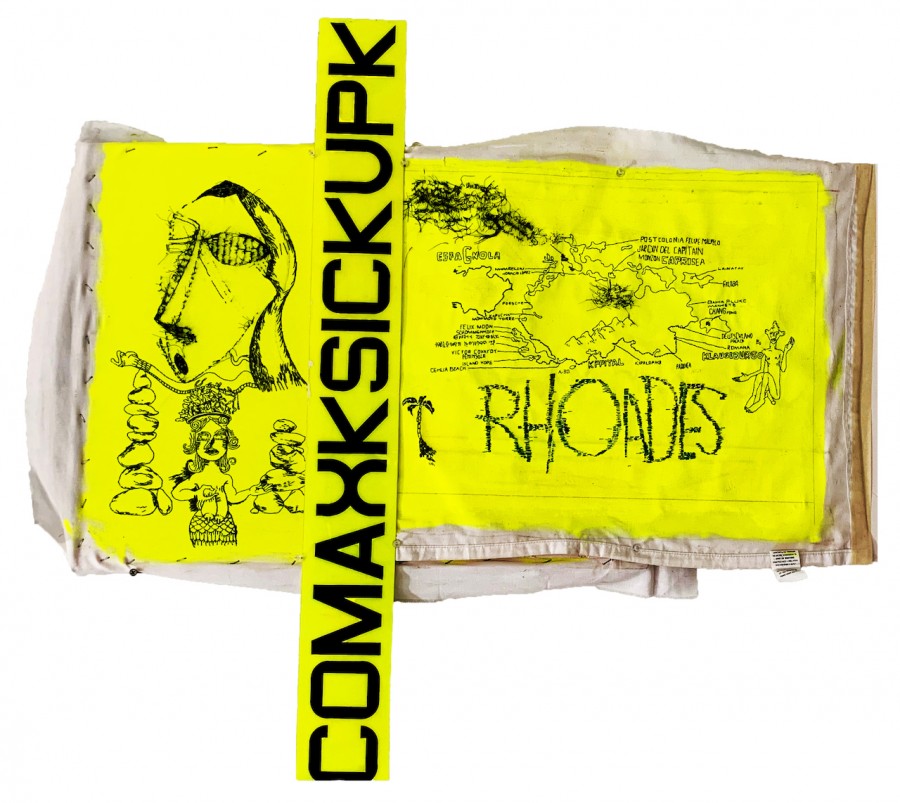