Jordan Scott (b.1968) is an award winning Chicago based artist and photographer. His mixed-media artwork pays homage to his beliefs in the interconnectedness of the universe and inspired by theories of the collective unconscious and Scott’s 35 years of martial arts training and teaching. He received a degree in Religious Studies from Indiana University and a Certificate from the Chicago Photography Academy.

When I was young, my mother took me to a press proofing for a printed product advertisement. Looking into the glass loop, I was amazed to see that the seemingly solid colors were actually tiny individual dots. Sometime later, while visiting the Art Institute of Chicago, I encountered Georges Seurat’s, A Sunday on LA Grande Jatte, and was introduced to the technique of pointillism.

I often use, or reuse, materials outside their normal context and that can be acquired in large quantities. This allows me freedom from overthinking the materials or the process, which is one at a time construction with great repetition. Currently, I am using cancelled postage stamps as my primary medium.

Where did they originate? Who sent them? What letters did they carry? Each used and canceled postage stamp has a hidden history of its own. Each small stamp represents this unknown story and the expanded web that it was once connected to. My artwork touches on both the individual and the collective, on both the original sender of each correspondence and the society as a whole.

I am also influenced by Carl Jung’s theory of the collective unconscious and the interconnectedness of the universe and its correspondence to several schools of eastern thought and mysticism. The postage stamp pattern fields are my interpretation and reinvention of mandalas, or meditative microcosms. The resin, like liquid glass, helps to create and hold together this interconnectedness of the individual elements and at the same time heightens and helps to clarify and define their qualities. Like the ink dots I discovered under the loop, or Seurat’s paint spots, the layered stamps create a blended whole connecting the hundreds or thousands of singular parts. 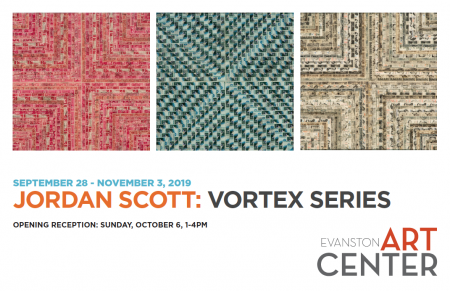