THE ENVIOUS SIBLINGS AND OTHER MORBID NURSERY RHYMES by Landis Blair

Landis Blair was the winner of the Best in Adult Books at the Excellence in Graphic Literature awards in 2018. He illustrated Caitlin Doughty’s recently New York Times bestseller From Here to Eternity and is the author of the prize-winning graphic novel The Hunting Accident. Now this award-winning author presents a macabre yet playful book in the tradition of Edward Gorey and Tim Burton, with a decidedly twenty-first century sensibility. Landis Blair’s THE ENVIOUS SIBLINGS [W. W. Norton & Company; October 8, 2019; $20.00 hardcover] contains eight nursery rhymes that are both mordant and macabre, as playful as Charles Addams —and every bit as unnerving.

THE ENVIOUS SIBLINGS begins with “The Malicious Playground,” a recognizable landscape of youthful horror. Little fingers get caught in the slats of a rope bridge, sand from the sandbox is kicked into young eyes, while “The jungle gym at best condones / The shattering of all your bones.” This last bit features a stark illustration of a half dozen kids smiling as one of their friends goes sailing off to his or her doom. In the title story, sisters Abbie and Angie fight so viciously that, in the end, the mother is depicted happy and resting on the ground: “Mother, tiring of the fuss,” Landis tells us, “Murdered both and envy thus.” This is the delightful genius of THE ENVIOUS SIBLINGS: every story catches humans at our worst and yet revels gleefully in all of the horrid imperfections.

Landis Blair illustrated the prize-winning graphic novel The Hunting Accident and the New York Times bestseller From Here to Eternity, and has published illustrations in the New York Times, Chicago magazine, and Medium. He lives in Chicago, Illinois.

Eddie Campbell is a Scottish comics artist and writer now living in Chicago. Probably best known as the illustrator of From Hell (written by Alan Moore), Campbell is also the creator of the semi-autobiographical Alec stories collected in Alec: The Years Have Pants, and Bacchus, a wry adventure series about some of the Greek gods surviving to the present day. The Fate of the Artist, in which the author investigates his own murder, and The Lovely Horrible Stuff, an investigation of our relationship with money, are also among his graphic novels. A Disease of Language is a collaboration with Alan Moore, The Truth is a Cave in the Black Mountain is with Neil Gaiman and in the upcoming Bizarre Romance Eddie turns the short stories of his wife, Audrey Niffenegger, into comics. Eddie is also a historian of cartooning and comics; the Goat Getters is his first large scale work in this field. 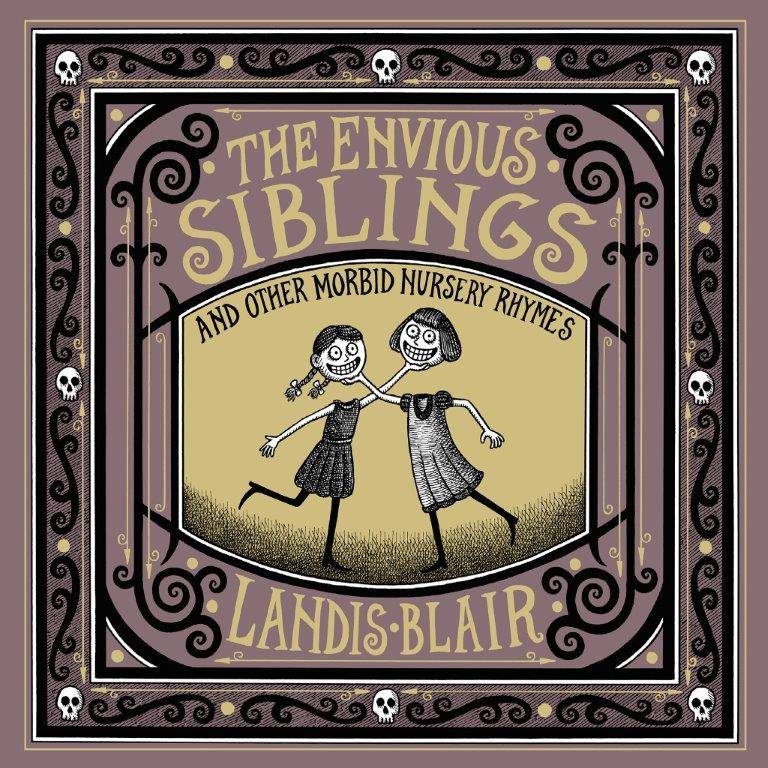