“I should have continued to wait, should have better understood the breathing self, better forgotten the breathing body, forgotten the piano. I should have forgone any precise notion of improvisation. Instead my hands surrender to gravity and fall into an opening move I’ll describe as an eight-fingered gambit of three dissonantly offset version of the same chord dumped from a passing car. My brain jostles awake, and I find myself assessing options for a next move. Don’t follow a first with a second – find another first one. I don’t know which direction I’m headed, but the fact of the piano tells me I need a plan and that’s not how to begin.

I slam out the same chord a second time.”

David Grubbs’ extended prose poem Now that the audience is assembled tells a story of a fictitious performance by a musician on an unnamed instrument. First, she must piece together the instrument out of a mountain-high pile of parts mixed in with innumerable mundane objects much to the boredom, wonderment, frustration, and confusion of the audience. She tries various combinations of assemblages and tests them out. A stickler for scores played correctly in the audience is angered by this improvisation and insists on volunteering to turn the page of the score on the music stand for her. Despite this, the composer of the piece is present and encourages the deviation, which gradually devolves into scrapping the instrument entirely and erecting a scaffolding with gongs for the audience to play.

Stillness Variations engages a dialectic between improvisation and convention concerning how constituent parts cohere with each other in such a way that simultaneously follows the logic of site-responsiveness as well as free association. The potentiality for improvisation within predetermined paradigms is a spatial — and ultimately sculptural — concern for the artists. Breaking through rigidity into spontaneous thought experiments is a social or even political act as it favors play over hierarchy and dissolves authorial motivations. Deviations from anticipated linguistic norms unlock the mystery and potential for neurodivergent thinking as a productive mode. The magnetic pull between materials and modules takes precedence over presumed architectural fixity. Inspiration comes from variations on structure found in the music of Alice and John Coltrane and the spatial text experimentations of EE Cummings, Emily Dickinson, Gertrude Stein, and Aram Saroyan.

Danny Floyd is an artist, researcher, curator, and educator based out of Chicago. He is the Exhibitions Director for ACRE and a lecturer of Visual & Critical Studies and Sculpture at SAIC. He founded Ballroom Projects, an artist-run space in Bridgeport, which he ran for four years. He currently co-directs another independent gallery called Adler & Floyd. He has held curatorial residencies with ACRE and Chicago Artists Coalition. He was also awarded the Gaylord and Dorothy Donnelley Foundation Curatorial Fellowship in 2017.

Jeff Prokash is an interdisciplinary artist, researcher, and educator in Chicago, IL. He received his MFA in Sculpture from the School of the Art Institute of Chicago in 2015 and his BFA in Art and Art History from University of Wisconsin Madison in 2008. Jeff Prokash attended the Skowhegan School of Painting and Sculpture in 2015. He has received awards and fellowships including the Eldon Danhausen Fellowship (2015) and the Edward L. Ryerson Fellowship (2015), the John W. Kurtich Foundation Fellowship (2014) and the International Sculpture Center Outstanding Student Achievement in Contemporary Sculpture Award (2014). He attended the China Taiyuan International Metal Sculpture Symposium organized by the Central Academy of Fine Arts in Beijing in 2014. His exhibitions include: Re-enacting the Contents of a Box, Randy Alexander Gallery, Chicago (solo, 2017) The Duck and the Document: True Stories of Postmodern Procedures, SCI-Arc Gallery, Los Angeles (2017), T O’ Time, Pavillon Carré Baudouin, Paris (2016) What becomes of the Hole When the Cheese is Eaten?, Randy Alexander Gallery, Chicago (solo, 2016), Ground Floor, Hyde Park Art Center, Chicago (2016). He is currently a lecturer in the Sculpture department at The School of the Art Institute of Chicago. 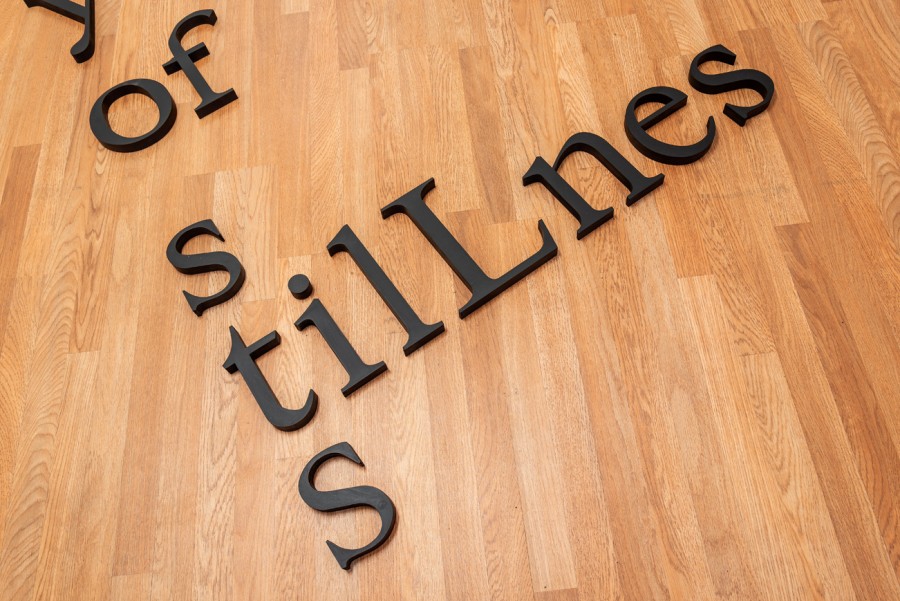