Images of Ernesto “Che” Guevara are the most contested and reproduced in Latin America, and this program explores ways this iconic figure has been represented in experimental films. Dialogue with Che, by legendary queer Nuyorican artist José Rodriguez Soltero, parodies Hollywood portrayals of the revolutionary hero. Photographic representations of Che are the subject of both Pedro Chaskel’s A Photograph Travels the World, which analyzes an iconic still taken by Alberto Korda at a political rally in 1960, and Leandro Katz’s El día que me quieras, which retraces the story behind the last photographs of Che Guevara as he lay dead, surrounded by his captors, taken by Freddy Alborta in 1967. 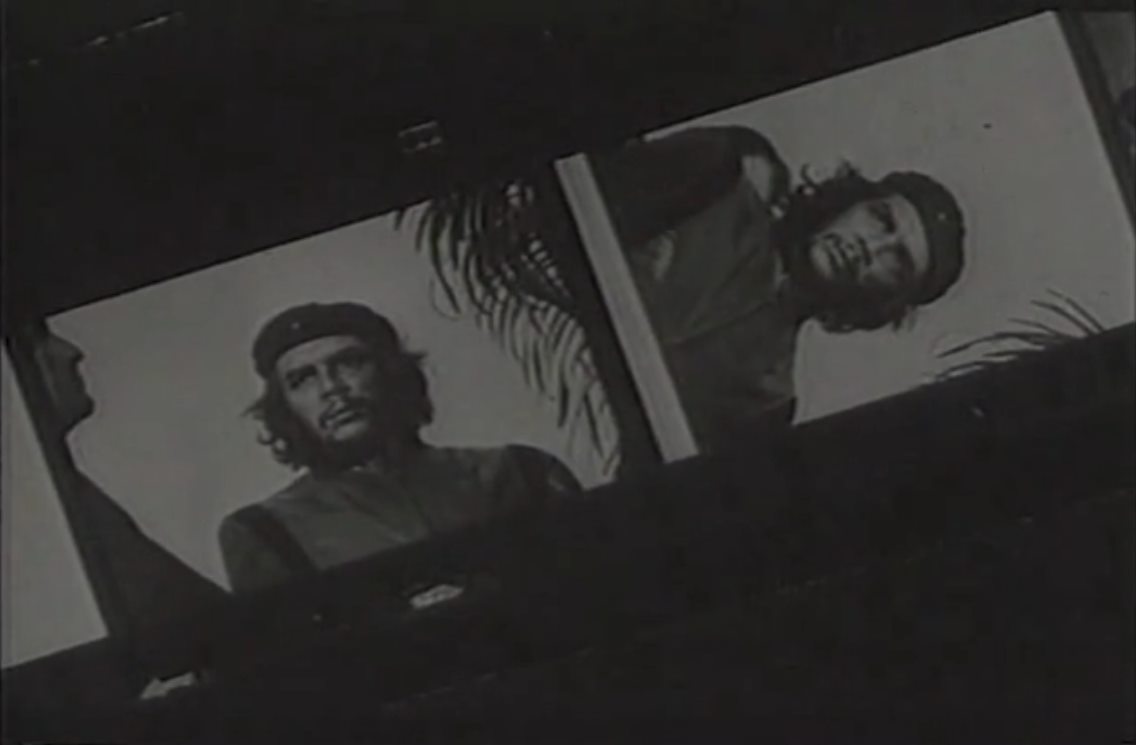