Gary Stephan: The Machine in the Ghost

It is with great pleasure that we invite you to The Machine in the Ghost, a show of recent paintings, works on paper and photography by New York artist Gary Stephan. The exhibition opens with a reception for the artist on Sunday, October 20th and continues until December 7th.

Gary Stephan has been regulating the mechanics of picture space for over 50 years; never once has he slowed the astonishing pace of that pursuit. The Machine in the Ghost, his third solo show at Devening Projects, reveals his most nuanced and determined moves yet. Pushing through toward a highly focused point of clarity, the new work reveals a departure from overt attempts to deflect and feint in order to state his case with steadfast precision.

Making pictures work is rarely a challenge for Gary Stephan. Where he may labor, is in the determination of how and where to “trim the fat.” Carefully calibrating the intersection of formal reduction and amplified cognition, what’s ultimately experienced is the discovery of a highly tuned pictorial instrument. Decisive geometries, muscular chromatic and value decisions and subtle surface densities mean that every part of each work has an important role in activating the whole. That aggregate has a function: to fully mobilize the dynamics of figure/ground and fact and fiction in painting. In his past work, one might find a baroque flourish or an elaborate apparatus used to fulfill his spatial systems; now the architecture is utterly lean, almost skeletal. The result is an enhanced charge of optical play that constantly forces a reevaluation of how and what one sees.

When asked recently to address this recent work, Gary Stephan said: “The philosopher Gilbert Ryle coined the phrase “the ghost in the machine” as a short hand to talk about Rene Descartes’s mind/body dualism. I found myself turning it around as a way to address my abiding interest in the painting question of “how to expand the experience of picture space.” The art world has become pluralistic to the point where there are no main inquiries. This has driven me further towards the fundamental building blocks of how marks on a page become the experience of a picture. For me, the way to get at this has been to strip away more and more subjective decisions, getting at the machinery, if you will, that lies within the ghost of subjectivity.”

Born in New York in 1942, Gary Stephan has been showing his painting, sculpture and photography since the late sixties in the United States and Europe. He has had solo shows in New York at Susan Inglett Gallery, Bykert Gallery, Mary Boone Gallery, Hirschl and Adler, Baumgartner Gallery and Marlborough Gallery; in Los Angeles at Margo Leavin Gallery and Daniel Weinberg Gallery; in St. Louis at Phillip Slein Gallery; in San Francisco at George Lawson Gallery; and in Berlin at Kienzle Art Foundation; in Wuppertal, Germany at Groelle pass:project among many others. His group exhibition record is extensive and focused internationally. His work can be found in the collections of The Guggenheim Museum of Art, The Metropolitan and the Museum of Modern Art, as well as museums nationwide. He is the recipient of awards from the National Endowment of the Arts, the Guggenheim Foundation and the American Academy of Arts and Letters. He teaches in the MFA program at School of Visual Arts in NYC and is currently represented by Devening Projects and Kienzle Art Foundation in Berlin. Gary Stephan lives and works in New York City and Stone Ridge, NY. 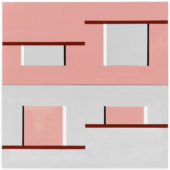