Presented with the School of the Art Institute’s Sound Department

Join us October 10 and 11 for a range of programs featuring Eighth Blackbird and Pamela Z: http://bit.ly/2Z46BMh

I have long been fascinated by the musicality of speech sounds, and I have regularly incorporated them into my work, mining sampled fragments of spoken text for melodic, rhythmic, and textural content. To compose Ways of Looking, I began by interviewing all six members of Eighth Blackbird, and then I meticulously selected sentences, phrases, words, syllables, and phonemes to create sonic building blocks for the piece.
This work is in four movements that each focus on sounds or concepts culled from those interviews. For the first movement, “Looking,” I chose to have the ensemble speak their own words live. I pulled samples from their answers to a question about the origin of the ensemble’s name. They each answered that question by citing the Wallace Stevens poem that is their namesake. I built a text collage from fragments of that title and then transcribed it and integrated it into their parts.
The second movement, “Name,” is all about describing and identifying people. The tape part of this movement consists entirely of names and descriptions (often of teachers or mentors) mentioned in the interviews, and the instrumental parts are laced with melodic and rhythmic transcriptions of those phrases. Movement three, “Um,” is a cloud of sound built around the sonorous, nonverbal filler sounds we all make during speech. I find “um”s and “uh”s to be among the most musical spoken utterances because they are more sustained and contain more focused pitch than most of the words we speak.
The final movement, “Very” celebrates the ubiquitous intensifier. I found so many

they deserved a dedicated movement. The melodic material in this movement was inspired by a section of a score I composed a few years ago, for a dance piece by choreographer Stephan Koplowitz, that kept haunting me as I listened to my long list of Eighth Blackbird “very”s. I also choose to include a part for my own voice and electronics in this movement.
I’ve long admired Eighth Blackbird, and listening to and editing their speaking

voices was a heartwarming experience for me that gave me a sense of knowing them better. I like to think of this work as a kind of sonic portrait of them that I hope does them justice in at least a small way.
—Pamela Z (2019)

Eighth Blackbird, hailed by the Chicago Tribune as “one of the smartest, most dynamic contemporary classical ensembles on the planet,” began in 1996 as a group of six entrepreneurial Oberlin Conservatory students and quickly became “a brand-name defined by adventure, vibrancy and quality” (Detroit Free Press). Over the course of more than two decades, Eighth Blackbird has continually pushed at the edges of what it means to be a contemporary chamber ensemble, presenting distinct programs in Chicago, nationally, and internationally, reaching audiences totaling tens of thousands. The sextet has commissioned and premiered hundreds of works by composers both established and emerging, and it has perpetuated the creation of music with profound impact, such as Steve Reich’s Double Sextet, which went on to win the 2009 Pulitzer Prize. The ensemble’s extensive recording history, primarily with Chicago’s Cedille Records, has produced more than a dozen acclaimed albums and four Grammy Awards for Best Small Ensemble/Chamber Music Performance, most recently in 2016 for Filament. Longstanding collaborative relationships have led to performances with some of the most well-regarded classical artists of today, from heralded performers like Dawn Upshaw and Jeremy Denk to seminal composers like Philip Glass and Nico Muhly. For recent projects, Eighth Blackbird has joined forces with artists who defy the persistent distinction between classical and nonclassical music, including composers Bryce Dessner of the National and Arcade Fire’s Richard Reed Perry as well as performers Justin Vernon of Bon Iver, My Brightest Diamond frontwoman Shara Nova, Will Oldham (aka Bonnie “Prince” Billy), and Iarla Ó Lionáird of the Gloaming, among others.

Eighth Blackbird first gained wide recognition in 1998 as winners of the Concert Artists Guild Competition. Since 2000, the ensemble has called Chicago home and has been committed to serving as both importer and exporter of world-class artistic experiences. A recent yearlong pioneering residency at the Museum of Contemporary Art Chicago, during which the ensemble served as a living installation with open rehearsals, performances, guest artists, and public talks, exemplified their stature as community influencers. Receiving the prestigious MacArthur Award for Creative and Effective Institutions, Chamber Music America’s inaugural Visionary Award, and being named Musical America’s 2017 Ensemble of the Year have supported Eighth Blackbird’s position as a catalyst for innovation in the new music ecosystem of Chicago and beyond.

Eighth Blackbird’s mission—moving music forward through innovative performance, advocating for new music by living composers, and creating a legacy of guiding an emerging generation of musicians—extends beyond recording and touring to curation and education. The ensemble served as Music Director of the 2009 Ojai Music Festival, has held residencies at the Curtis Institute of Music and at the University of Chicago, and holds an ongoing Ensemble-in-Residence position at the University of Richmond. In 2017, Eighth Blackbird launched its boldest initiative yet with the creation of Blackbird Creative Laboratory, an inclusive, two-week summer workshop and performance festival for performers and composers in Ojai, California.

The members of Eighth Blackbird hail from the Great Lakes, Keystone, Golden, Empire, and Bay states. The name “Eighth Blackbird” derives from the eighth stanza of Wallace Stevens’s evocative, imagistic poem, Thirteen Ways of Looking at a Blackbird: “I know noble accents / And lucid, inescapable rhythms; / But I know, too, / That the blackbird is involved / In what I know.”

Pamela Z is a composer/performer and media artist who works primarily with voice, live electronic processing, sampled sound, and video. A pioneer of live digital looping techniques, she processes her voice in real time to create dense, complex sonic layers. Her solo works combine experimental extended vocal techniques, operatic bel canto, found objects, text, digital processing, and wireless MIDI controllers that allow her to manipulate sound with physical gestures. In addition to her solo work, she has been commissioned to compose scores for dance, theater, film, and chamber ensembles including Kronos Quartet, the Bang on a Can All Stars, Ethel, and San Francisco Contemporary Music Players. Her interdisciplinary performance works have been presented at venues including The Kitchen (NY), Yerba Buena Center for the Arts (SF), REDCAT (LA), and MCA (Chicago), and her installations have been presented at such exhibition spaces as the Whitney (NY), the Diözesanmuseum (Cologne), and the Krannert (IL). Pamela Z has toured extensively throughout the US, Europe, and Japan. She has performed in numerous festivals including Bang on a Can at Lincoln Center (New York), Interlink (Japan), Other Minds (San Francisco), La Biennale di Venezia (Italy), Dak’Art (Sénégal) and Pina Bausch Tanztheater Festival (Wuppertal, Germany). She is the recipient of numerous awards including the Rome Prize, a Robert Rauschenberg Foundation residency, a Guggenheim Fellowship, the Doris Duke Artist Impact Award, Herb Alpert Award in the Arts, an Ars Electronica honorable mention, and the NEA Japan/US Friendship Commission Fellowship. She holds a music degree from the University of Colorado, Boulder. www.pamelaz.com 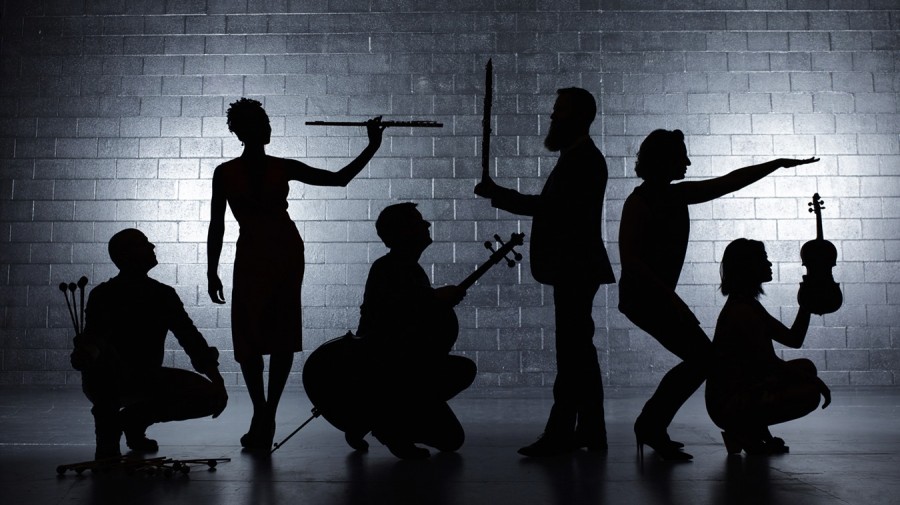