Books will be available for purchase at the event!!

With contributions from a wide array of scholars and activists, including leading Chicana feminists from the period, this groundbreaking anthology is the first collection of scholarly essays and testimonios that focuses on Chicana organizing, activism, and leadership in the movement years. The essays in Chicana Movidas: New Narratives of Activisim and Feminism in the Movement Erademonstrate how Chicanas enacted a new kind of politica at the intersection of race, class, gender, and sexuality, and developed innovative concepts, tactics, and methodologies that in turn generated new theories, art forms, organizational spaces, and strategies of alliance.

These are the technologies of resistance documented in Chicana Movidas, a volume that brings together critical biographies of Chicana activists and their bodies of work; essays that focus on understudied organizations, mobilizations, regions, and subjects; examinations of emergent Chicana archives and the politics of collection; and scholarly approaches that challenge the temporal, political, heteronormative, and spatial limits of established Chicano movement narratives. Charting the rise of a field of knowledge that crosses the boundaries of Chicano studies, feminist theory, and queer theory, Chicana Movidas: New Narratives of Activisim and Feminism in the Movement Era offers a transgenerational perspective on the intellectual and political legacies of early Chicana feminism.

MARÍA COTERA holds a joint appointment in the Departments of Women’s Studies and American Culture at the University of Michigan. She is the author of, Native Speakers: Ella Deloria, Zora Neale Hurston, Jovita González, and the Poetics of Culture (University of Texas Press, 2008) and is currently the director of the Chicana por mi Raza Digital Memory Project, an online interactive collection of oral histories and archives documenting Chicana Feminist praxis from 1960 to 1990.

MAYLEI BLACKWELL is associate professor of Chicana and Chicano studies and gender studies and affiliated faculty in LGBT studies and American Indian studies at the University of California, Los Angeles. She is the author of the landmark book ¡Chicana Power! Contested Histories of Feminism in the Chicano Movement.

ROSIE CANO BERMUDEZ is a Chicana from Southeast Los Angeles and the first in her family to attain a higher education. She is a UC President’s Postdoc at the University of California, Los Angeles in the department of History. She received her PhD in Chicana and Chicano Studies at the University of California, Santa Barbara. Her dissertation “Doing Dignity Work: Alicia Escalante and the East Los Angeles Welfare Rights Organization, 1967-1974,” focuses on the human dignity struggles waged by single Chicana welfare mothers in the 1960s and 1970s.

ELENA R. GUTIÉRREZ is associate professor in gender and women’s studies and Latin American and Latino studies at the University of Illinois, Chicago. She researches and writes in the areas of Latinx reproductive politics, intersectional feminism and organizing, and Chicana/Latina studies. Her book publications include Undivided Rights: Women of Color Organize for Reproductive Justice, with Jael Silliman, Marlene Gerber Fried, and Loretta Ross (South End, 2004), and Fertile Matters: The Politics of Mexican-Origin Women’s Reproduction (University of Texas Press, 2008). She teaches and documents Chicana feminism in Chicago.

VIRGINIA MARTINEZ is an attorney who has spent most of her career working in non-profit organizations and has been a strong advocate for Latinos, women and children. She is a nonprofit management consultant and collaborative leadership trainer. She served as Sr. Policy Analyst for the Illinois Latino Family Commission until early 2015. The commission was established by statute to improve the opportunities and resources available to Latino families throughout the state. Previously she was Legislative Staff Attorney in the Chicago Office of the Mexican American Legal Defense and Educational Fund (MALDEF) where she was responsible for monitoring regional, state and local legislation and policy issues affecting Latinos in the 11-state Midwest region. She was also formerly Director of the International Center for Health Leadership Development at the University of Illinois at Chicago, developing collaborative leadership capacity of individuals from communities, community health centers, and academic institutions and was dedicated to building multidisciplinary bridges to join communities and institutions.

Martinez was Executive Director of Mujeres Latinas en Accion from 1992 until 1997. She has also held positions with Voices for Illinois Children, and the Latino Institute. Virginia has volunteered with many organizations over the years and currently sits on the board of Gads Hill Center. She is also a member of the Cook County Justice Advisory Council and the Illinois Maternal and Child Health Coalition Advisory Council.

In 1975 Virginia, along with Viola Armijo Rouse, became the first Latinas to be licensed to practice law in Illinois. Virginia was a founding mother of the DePaul University Latino Law Student Association, the Illinois Maternal and Child Health Coalition and the National Coalition Against Domestic Violence. She was lead counsel in the historic redistricting cases of 1982 that created the first Latino wards and legislative districts. She has, over her career, received numerous awards wand recognitions including Today’s Chicago Woman, One Hundred Women Making a Difference in Chicago; and Cook County State’s Attorney El Humanitario Award. She has also been honored with the Lifetime Achievement Award from the Hispanic Lawyers Association of Illinois and the Outstanding Leadership Award from the Illinois Legislative Latino Caucus Foundation. Most recently she was honored by the Women’s Bar Association of Illinois 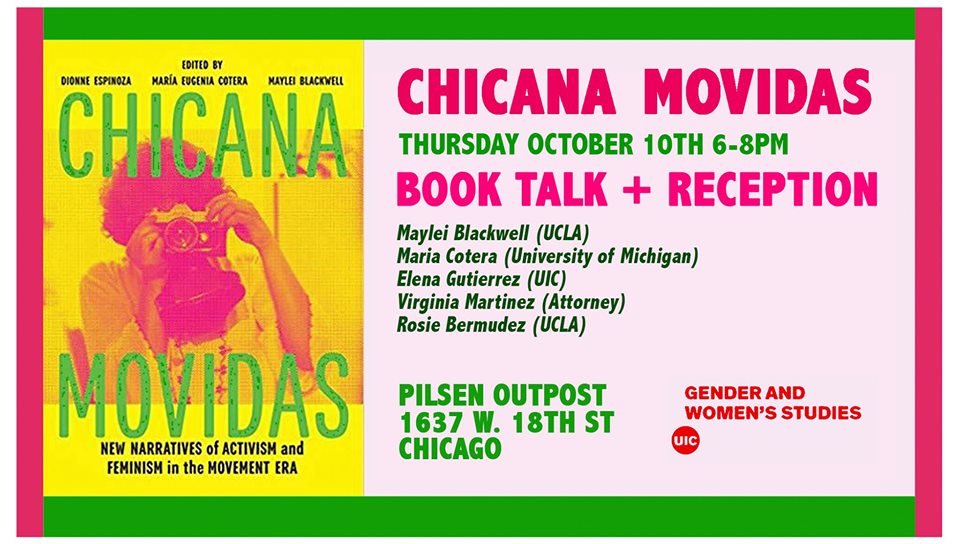