We invite you to join us for a gallery talk in conjunction with Caution! Freedom: Contemporary Art from Russia on Saturday, October 5 at 2 pm. The talk will begin with cultural scholar Mikhail Gurevich presenting samples of Post-Soviet to late Soviet animation. Julia Gelman of Gelman Gallery will then discuss the history of her gallery and provide insight into how this exhibition came to be. The talk will be followed by audience questions and discussion.

Born in Moscow, Russia, 1953; currently lives in US. Published numerous reviews, articles, essays in major Russian periodicals; and later – in specialized and academic press in Europe and North America.

Julia Gelman was born and grew up in Chisinau, Moldova, where she earned a master’s degree in architecture. In 1988, together with her husband Marat Gelman, they relocated to Moscow, and in 1990, they opened the Gelman gallery.

Apart from the gallery, she launched the J&M Gelman Hand Print Studio, which produced silk- screen prints, and Shaltai-Boltai Design Gallery for production of art objects and merchandise in collaboration with several artists from the gallery.

One After 909 is honored to present Caution! Freedom: Contemporary Art from Russia in collaboration with Julia Gelman of Gelman Gallery.

In 1990 the Soviet Union was already dying but had not yet collapsed completely. Julia and Marat Gelman opened Gelman (Guelman) Gallery in Moscow, where it was one of the first private contemporary art galleries in the Soviet Union.

The Gelman’s witnessed the incredible and rapid changes that were occurring in the USSR. In the midst of this shift they worked with many political and social artists. The Gelman’s believed their art was an expression of freedom, and these artists were accurately documenting the spirit of the times. However, when Vladimir Putin came to power in 2000 all of the doors that had been open to progressive ideas began to shut.

During this period, the political and social art the gallery exhibited by Russian contemporary artists was considered too controversial. In response, extremist groups as well as the government targeted the Gelman Gallery and its owners. This ultimately forced them to close the gallery in 2012.

Seven years later, Julia Gelman and One After 909 will exhibit this previously censored work from Gelman Gallery in Caution! Freedom: Contemporary Art from Russia, with complete freedom, in Chicago.

The title of the exhibition pays homage to Caution! Religion, an exhibition that was vandalized at the Andrei Sakharov Museum in 2003. In a state-controlled court, the artists and curators were deemed guilty instead of the attackers. 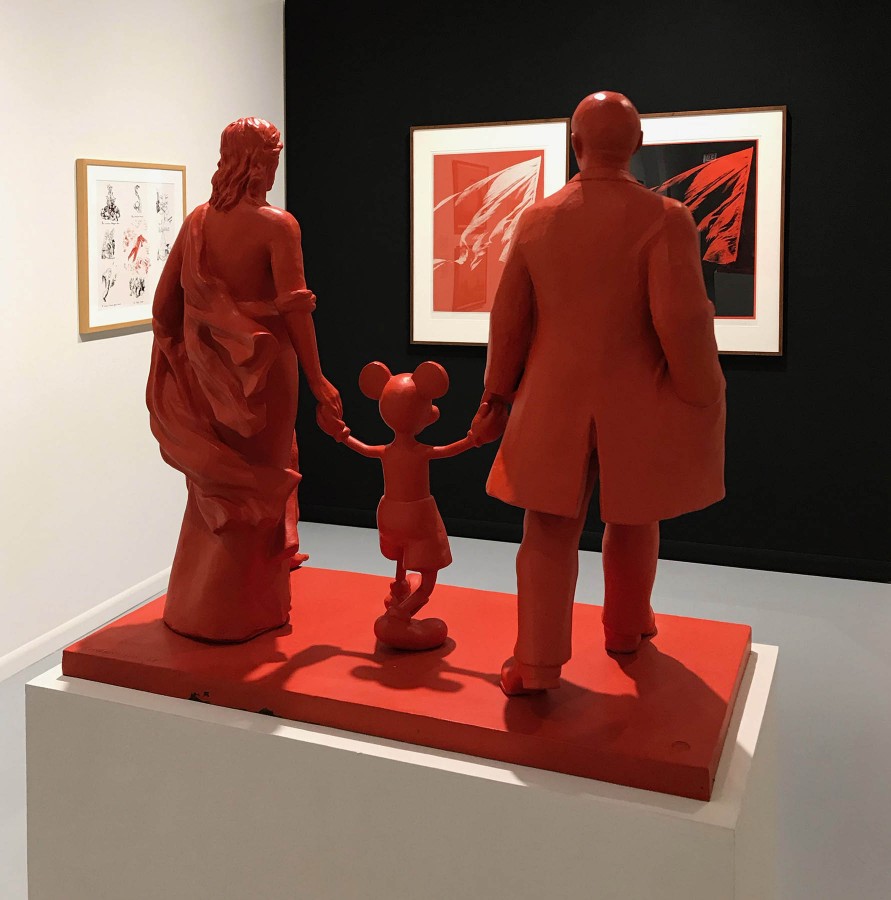