On view through Sunday, November 24th

PRACTISE is pleased to preset “Bitter Nectar,” an exhibition featuring works by Sage Dawson, Kristin Fleischmann Brewer, and Allison Lacher. “Bitter Nectar” is organized by Allison Wade. The exhibition will open with a reception on Saturday, October 19, from 2:00 – 5:00 pm, and will run through November 24.

Turning toward an illusive feeling that seems right, Kristin Fleischman Brewer, Sage Dawson, and Allison Lacher create dense, syrup-y objects in Bitter Nectar. Vernacular fragments emerge — a rug, carefully sewn and folded fabric, a skeleton key — and signal a rich material and physical space. In spite of the sweet appearance, there’s a bitterness that undercuts the work — be it a resounding incompleteness or vagueness through abstraction.

Sage Dawson is a Saint Louis-based artist, curator, and educator. Her work examines dwelling rights, domestic labor, and the identity of spaces. She teaches at Washington University, is a founding member of Monaco, and directs STNDRD–a gallery project examining the power and potential of flags. Sage completed an MFA + Museum Studies minor at the University of New Mexico, and a BFA at Missouri State University.
Sage has exhibited, lectured, and presented work at various sites including the Center for Contemporary Printmaking Norwalk, Endless Editions EFA Project Space, the Urban Institute for Contemporary Art, The Pulitzer Arts Foundation, the Chicago Artists Coalition, the Contemporary Art Museum St. Louis, Ortega y Gasset, Tate Exchange, Boston University, the Saint Louis Art Museum, Laumeier Sculpture Park, the Luminary, the City University of New York, the University of Pennsylvania, and the International Print Center New York.
Sage’s work has appeared in Art in America, Elephant Magazine, From Here to There published by Princeton Architectural Press, New Art Examiner, Art in Print, Dwell Magazine, and Hyperallergic.

Kristin Fleischmann Brewer’s process-based paintings are rooted in the studio, where formal investigation illustrates painting as a means of being receptive to the world. A calculated balance between intentional production, provisional action, and allowing the unexpected to occur, the works favor emotional intelligence over logic and dialogue with the history of painting, assemblage, and craft.
Born in St. Louis, Fleischmann Brewer, has been awarded international artist residencies and fellowships including Leadership St. Louis (2018), The Cite Internationale des Arts in Paris (2017), the Creative Community Fellowship with National Art Strategies (2016), and The Luminary (2012/ 2014). As the Director of Public Programs and Engagement at the Pulitzer Arts Foundation, where she has worked since 2011, Brewer has mounted ambitious programming and commissions with local and international artists. In addition, Brewer co-founded Citizen Artist St. Louis (2016), a non-partisan initiative working to ensure that arts and culture are considered in policy-making, and directed Enamel Art Space (2012-14). Fleischmann received her Master of Fine Arts from Washington University in St. Louis in May 2011 where she was the recipient of the Mr. and Mrs. Spencer T. Olin Fellowship for Women, and received a Bachelor’s of Fine Arts in painting from the University of Denver in 2007.

Allison Lacher is an artist and curator based in Springfield, Illinois. She received an MFA from the Eskenazi School of Art, Architecture + Design at Indiana University and holds a BFA in Sculpture from Edinboro University.
Lacher has exhibited at venues that include Ortega y Gasset Projects (Brooklyn), the Hyde Park Art Center (Chicago), PDX Contemporary (Portland), the Utah Museum of Contemporary Art (Salt Lake City), The Luminary (St. Louis), and E.TAY Gallery (New York). She has been awarded artist residencies with Ox-Bow, ACRE, Spiro Arts, Prairie Center of the Arts, Vermont Studio Center, The Luminary, and with Signal Fire on US/Mexico borderlands. She was a HATCH Projects curatorial resident with the Chicago Artists Coalition and is a previous recipient of the Illinois Arts Council Fellowship Award.
She is the Exhibitions Manager at the University of Illinois Visual Arts Gallery and she is a founding member of the artist-owned gallery Monaco in St. Louis, MO. In 2013 she Co-founded DEMO Project, a space for contemporary art in Springfield, IL, and served as Co-director of the space until its demolition in 2018. 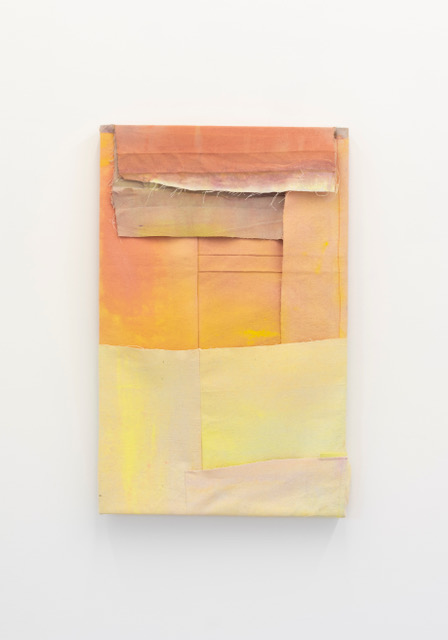