Between Land and Sky: Conversation

Everybody is excited to host a conversation between artists Azadeh Gholizadeh, Luis Romero, Soo Shin and curator Nazafarin Lotfi on the occasion of the exhibition Between Land and Sky.

Exhibition Press Release
Between imagined places and physical locations, between ordinary and non-ordinary realities, space turns inside out. Figure and background intertwine. Marks blend with the surface to create systems and obscure languages. Negative space takes charge. Fragments replace the whole. Chance is the compass of these maps, and longing for the ground is the scale.

How do bodies live in such conditions, where space expands and contracts? How does one know in these uncertain fields? Upside down, inside out, this or that: none defines this uneasy relationship with the ground. In these lands, the very notion of landscape is questioned. The horizon is removed, and time moves in a cyclical manner. Space does not flow forward, it moves up and down, between land and sky.

About the Artists
Azadeh (Azi) Gholizadeh (b. 1982) lives and works in Chicago. Born in Tehran, Azadeh received her MA in Architecture in 2009, and her MFA from the School of the Art Institute of Chicago in 2012. She has shown her work at Hyde Park Art Center, Museum of Modern Art (MAMBO) in Bogota, Colombia, Goldinch Flat Files, among others. In her current practice, Azadeh explores the effects of the distance to homeland and the nostalgia of the past and the landscapes. Using tapestry as medium and informed by Perisan imagery, she explores how migration changes the meaning of home and the effect that it has in our perception and translation of the embedded notions of culture.

Luis Romero was born in Mexico, raised in Puerto Rico, and has been living and working in Chicago since 1998. He received his MFA in Painting and Drawing from the School of the Art Institute, and his BA in Philosophy, Literature, and Film from Boston University. His work has been exhibited widely in the US and Europe, and is in public and private collections such as the Art Institute of Chicago, Philadelphia Museum of Art, the US Department of State, Fidelity Coporate Collection, and the Deutsche Bank Collection, among many others.

Soo Shin (b. Seoul, Korea 1981) is a Chicago based artist. She holds an MFA degree from the School of Art Institute of Chicago in 2011 after finishing her BFA and MFA at the EWHA Womans University in Seoul. Her work has been shown at various places in Chicago such as Heaven, LVL3, Bar 4000, and Chicago Artists Coalition. She is a recipient of the fellowship at the MacDowell Colony, a full scholarship at the Vermont Studio Center, and the fellowship at Kohler Arts/Industry.
______

About the Curator
Nazafarin Lotfi received her MFA from the School of the Art Institute of Chicago in 2011 and her BA from the University of Tehran in 2007. Lotfi explores the phenomenology of spatial experience to investigate how self and place relate to and define each other. In the context of collective histories and memories, she examines the subjectivity of the politicized individual. Recent solo exhibitions include: Becoming Ocean, Soon.tw, Montreal, CA; Negative Capability, Regards, Chicago, IL; White Light, Andrew Rafacz Gallery, Chicago, IL; Love at Last Sight, Brand New Gallery, Milan, Italy; Circles, Tony Wight Gallery, Chicago, IL. Recent group shows include: Waving, Unisex Salon, Brooklyn, NY; This here, Regards, Chicago, IL; Elsewhere, Joseph Gross Gallery, Tucson, AZ; Sedentary Fragmentation, Heaven Gallery, Chicago, IL; among others. In 2015-2016, Lotfi was awarded an artist residency at the Department of Arts and Public Life at the University of Chicago.
_____

About Everybody
Everybody is a gallery in Chicago, IL that primarily works with emerging and perpetually-emerging artists. Its beginnings started as a warehouse project space in Tucson, AZ where it held twelve exhibitions and participated in NADA New York 2018. Everybody’s activity has been featured in Vulture, ART news, Arizona Public Media, and more. 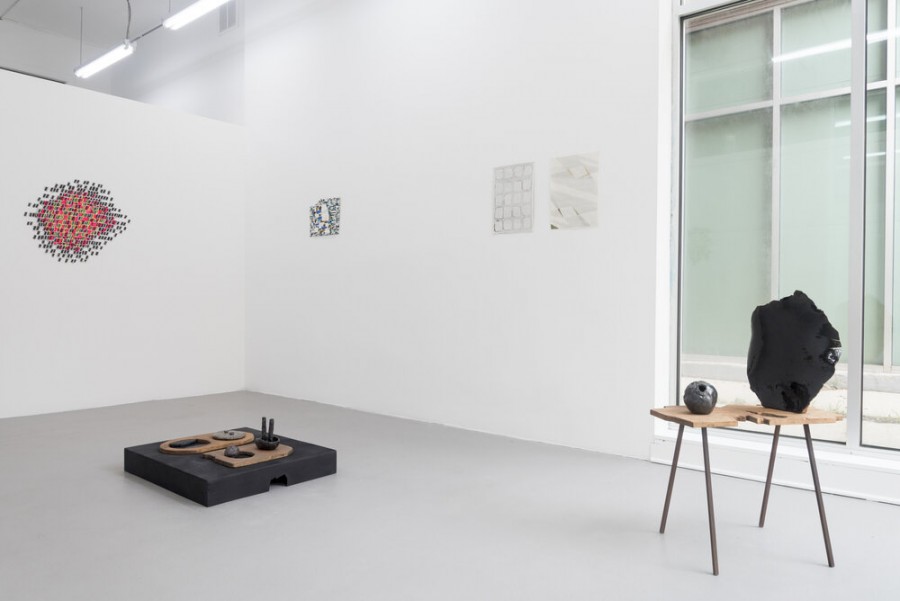