Between a Rock and a Dream

We forge objects as a way to satisfy a lack, to fill the gap that materialises when something is both wanted and out of reach. The dual nature of the object, a combination of its material existence and projected human desire, allow them to act like bridges, connecting the space between what we have and what we want. The thing that allows a child to turn a twig into a lightsaber.

The works in Between a Rock and a Dream are an attempt to reconcile the world as experienced and the world as desired. They work like puns, bringing two meanings together into one word or form. Existing forms and imagery are drawn from the world, then played with, to create situations that expose habits we take for granted, and allow for alternative ways of interpreting our environment.

Catherine Hu is a Singaporean artist living and working in Chicago. She has a BFA from the School of the Art Institute of Chicago and is a picture framer.

Yunhee Min is a South Korean sculptor based in Chicago, Illinois. Playing with materiality and form, Min projects the world as seen on objects to reiterate the weight on seemingly trivial matters. Min has shared works at Foundry Art Center, Sloss Furnaces, Stony Island Arts Bank, and Roman Susan, among others. 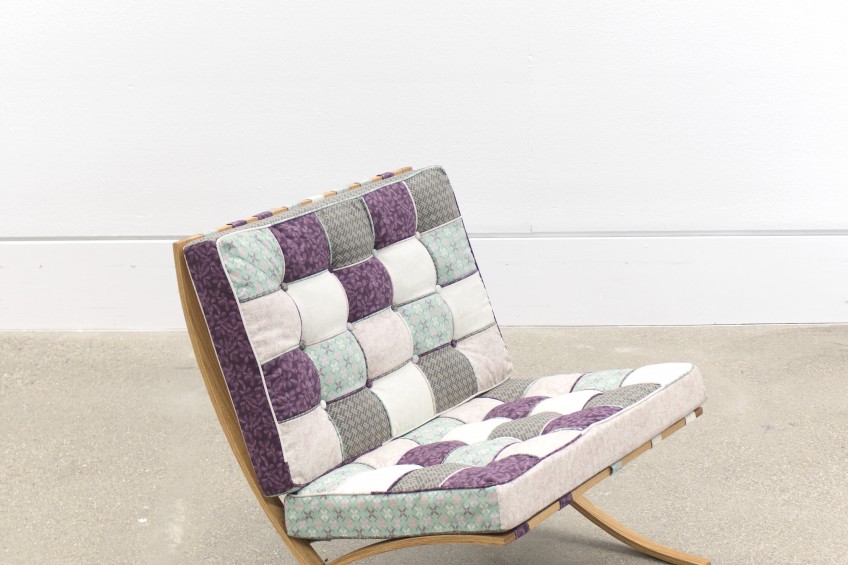