Wesley Willis: City of Many Dreams

On view through Sunday, November 17th

Matthew Rachman Gallery presents City of Many Dreams, a comprehensive exhibition of Wesley Lawrence Willis drawings created from 1981 to 1991, including the earliest known Willis drawing. Wesley Willis (1963-2003) was a self-trained artist and native Chicagoan, growing up on Chicago’s Southside. Willis honed his technical abilities in the Chicago Public Schools, where he received an ‘A’ in his drafting class and aspired to become an architect.

The drawings and ephemera in this exhibition are from the collection of architect Paul Young. Young met Willis by chance encounter on the streets of Chinatown. Young took him under his wing, introducing him to the Architecture Department of Crown Hall, IIT where he spent many hours both observing and drawing on his own studio table, as well as selling his work to faculty and students.

Willis could often be found sharing his drawings on the streets of Chicago and engaging those passing by, his personality and sensitive heart earning him a dedicated following. Willis’s graphic vision captures the urban life spirit of the late 20th century. As an intuitive artist he has made a bold, genuine, and unique contribution to the visual arts. His work is represented in significant museum collections both in Europe and America. 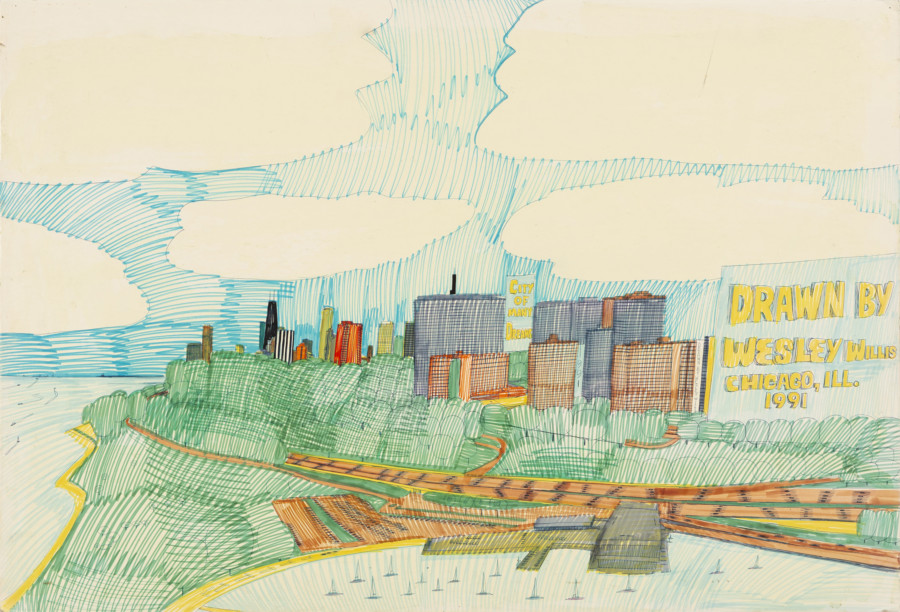