The Tinder Trilogy is a series of short films by Sam Bam that originated over a need to hide her sex worker identity from a potential suitor. Filmed during a series of first dates over the course of a year, this series chronicles Sam’s attempt to turn Tinder into her personal production house, as well as her simultaneous retirement from sex work and foray into civvy dating for the first time in her adult life. As she loses her sex worker identity, she adopts the persona of filmmaker in order to cope with the loss of her core creative outlet—the world building of her work persona. In the process, she learns to harness the fearlessness required of sex workers into a rabbit hole of hyper-creative DIY strategies and self-education. The films themselves are not depictions of sex worker labor, but rather a testament to how our own personal experiences can shine through our art (and life) in unexpected ways.

After the screening there will be a discussion and Q+A. Participation in the Q+A will enter you into the free raffle to win the pen Sam stole from Werner Herzog.* There will also be cake and surprise special guests.

The Tinder Trilogy:
Cool Lawyer
An attempt to evade the classic first date question, “What do you do for work?”

I Owe The Chicago Public Library $367 And They Should Forgive Me
An homage to the French New Wave that brings a face to the classist injustice of late fees.

#1 Party Guest “The Lost Film”
This film is what happens when you protest Werner Herzog for not following you on Instagram, only to steal his pen and use it as bait for your experimental film trilogy.

Eddie Vedder’s Girlfriend
A collage of the male gaze that outs all the homophobes in the room.

*Yes, the guy who ate a shoe and is obsessed with bears and boats.

Artist Bio
Sam Bam is a filmmaker, writer, sex worker rights’ activist, and former reality TV star (Dick Wolf’s 3AM). Her work is impulsive and absurd, with a grounding in the central themes of escapism through technology and the exploitation of curiosity as a form of authoritative resistance. Inspired by the power of visual storytelling, she thinks it’s very important that everyone know her degree is in neurolinguistics, not art, so has no idea how to professionally end this artist statement, other than begging you to follow her on Instagram (instagram.com/eddieveddersgirlfriend/). 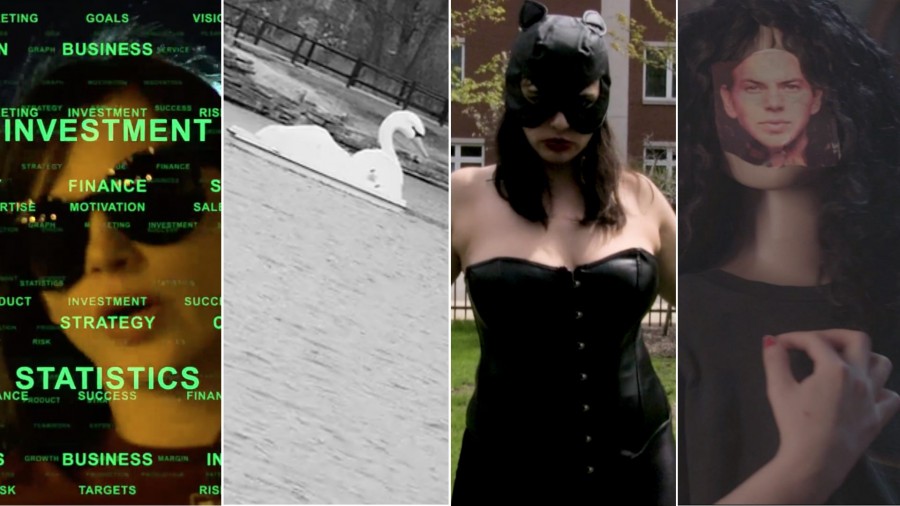