The Area is a five-year odyssey of a South Side Chicago neighborhood, where more than 400 African-American families are being displaced by a multi-billion dollar freight company. The documentary film follows homeowner-turned-activist Deborah Payne, who vows to be “the last house standing,” and the Row Row Boys, teen friends who must start a new life across gang lines.

Check out the trailer here: https://youtu.be/W9fgXfKX6P8

Deborah Payne is a life-long activist who is dedicated to community development on Chicago’s South Side. She has served as president of the Sherwood Peace Association, the Southwest Federation of Block Clubs, the CAPS Domestic Violence Subcommittee (7th District), and the Sherwood Local Advisory Council, and has worked as a community liaison and photographer for Teamwork Englewood, Chicago Embassy Church, and the Englewood Railroad Coalition. She is currently the president of the CAPS Domestic Violence Subcommittee (2nd District), a member of the Chicago Public Schools Englewood Steering Committee, and a volunteer at the Englewood Satellite Senior Center and with various women’s shelters.

Daniel La Spata became the Alderman of Chicago’s 1st ward on May 20th. He was inspired to run after witnessing anti-democratic and inequitable development processes, which put left too many out of the prosperity of the city’s booming economy and housing market. He has spent the last thirteen years as a leader on housing and community development campaigns in the greater Logan Square area. Currently a Masters’ Candidate in Urban Planning and Public Policy at UIC, Daniel also took on fruitful professional experiences
with the Chicago Rehab Network, Center for Tax and Budget Accountability, and Friends of the Parks.

Christian Diaz is the Lead Housing Organizer at Logan Square Neighborhood Association, a community organization that has been developing leaders and advancing racial equity in Chicago for 56 years. Previously, he served as executive director of Chicago Votes where he designed models of civic innovation with young people in Chicago Public Schools, City Colleges of Chicago, and helped steer a coalition to pass Automatic Voter Registration in Illinois. Born in Mexico, Christian identifies as queer, latino and immigrant. He brings 5+ years of experience in nonprofit management, community engagement and racial equity advocacy, having worked in coalitions to win driver’s licenses for undocumented residents, to require data transparency on student arrests in publicly-funded schools, and to ban 10-day suspensions of high school students in Illinois.

Brian Ashby is a Chicago-based filmmaker, and co-founder of the documentary production company Scrappers Film Group. He recently produced and edited THE AREA (2018), a five-year chronicle of displacement in a South Side neighborhood, which the Reader calls “an eye-opening saga of resistance.” He co-directed the PBS web & broadcast series CENTRAL STANDARD: ON EDUCATION (2014), examining disparities in public education in Chicagoland, and SCRAPPERS, a three-year chronicle of two families surviving in Chicago’s informal scrap metal economy. Roger Ebert included Scrappers on his Best Documentaries of 2010, and In These Times called the film “a moving portrait of the precariousness of life and work at the bottom of the American economy, in one of the country’s wealthiest cities.”.

The Area is a production of Scrappers Film Group. It is a 2017 IFP Documentary Labs awardee and is supported by the Graham Foundation, the Richard H. Driehaus Foundation, and the City of Chicago’s Department of Cultural Affairs and Special Events. 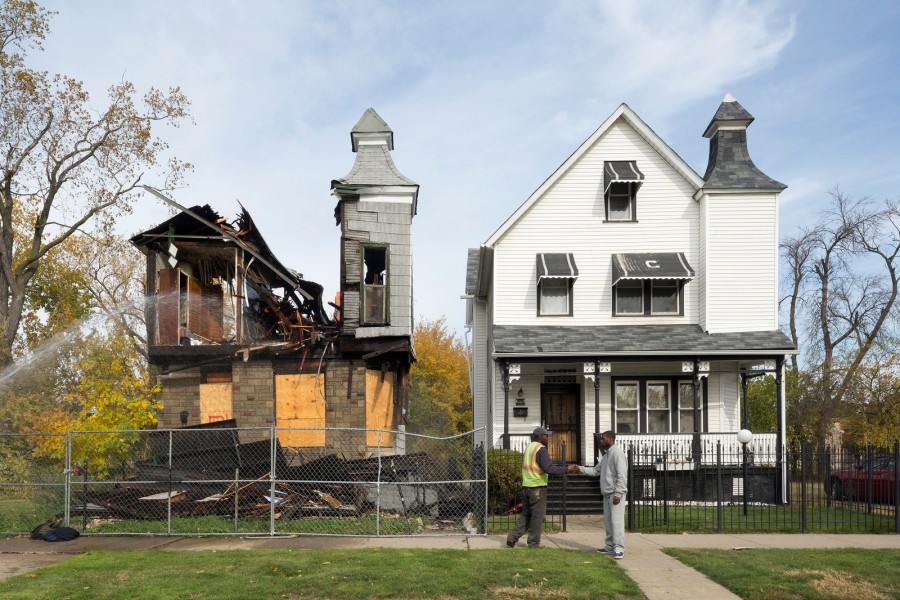