This film is part of the Black Panther Party 10 Point Film Series, using cinema and dialogue to explore the Panther’s 10 Point Program and its contemporary context. For September, we examine point 8:

We Want Freedom For All Black Men Held In Federal, State, County And City Prisons And Jails.

The Angola 3: Black Panthers And The Last Slave Plantation tells the gripping story of Robert King, Herman Wallace and Albert Woodfox, men who have endured solitary confinement longer than any known living prisoner in the United States. Politicized through contact with the Black Panther Party while inside Louisiana’s prisons, they formed one of the only prison Panther chapters in history and worked to organize other prisoners into a movement for the right to live like human beings. This feature length movie explores their extraordinary struggle for justice while incarcerated in Angola, a former slave plantation where institutionalized rape and murder made it known as one of the most brutal and racist prisons in the United States. The analysis of the Angola 3’s political work, and the criminal cases used to isolate and silence them, occurs within the context of the widespread COINTELPRO being carried out in the 1960’s and 70’s by the FBI and state law enforcement against militant voices for change. 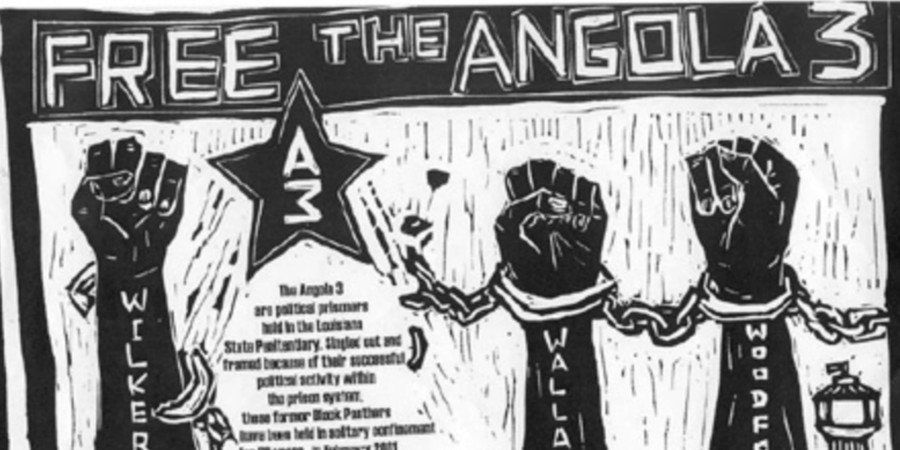