ANDREW RAFACZ is pleased to announce YANKEE GO HOME, a solo exhibition of works by Sheida Soleimani, in Gallery One.

Soleimani’s photographs in this exhibition are virtual palimpsests, superimposing source imagery onto sculptural backdrops to illustrate the complex relationships between Iran, Iraq, and the United States. With this layering, the exhibition twists and distorts, chops and screws hot button issues: demands for reparations, sanctions on trade and resources, and the ‘crude’ history of the petroleum industry.

Excavating a prehistory of present-day crisis, these works extend Soleimani’s examination of how relationships between Middle Eastern and Western leaders, institutions, and governments produce and are informed by exploitation, domination, corruption, profit, and abuse. The images in the exhibition trace critical moments in the history of Iran, Iraq, and the US’s international relations, beginning with the 1953 Iranian coup. During the US-backed overthrow of Iran’s democratic government, ‘YANKEE GO HOME’ became a rallying cry and symbol of the Iranian people’s discontent with Western intervention. In our present moment, this mantra sounds all the more urgent.

Campy, sarcastic, and dark, each image targets a specific event within this history, satirizing the underbelly of trade wars and foreign policy circumventions. In Westoxification, for example, Soleimani undermines orientalist stereotypes of magic carpets and camel caravans by contrasting them with their opposite, Iranian ‘occidentalism.’ Cut-out pin-ups of Baywatch-era Pamela Anderson pour out of a stack of gold televisions, referencing the ‘spiritual and material warfare’ that Iran demanded compensation for in 2016. Flypapered to the walls, hundreds of source images printed from a CIA archive, only declassified in 2017, zero in on pixelated and unrecognizable men: the behind-the-scenes players who helped shape contemporary geopolitics.

SHEIDA SOLEIMANI (Iranian-American, b. 1990) lives and works in Providence, RI. She received an MFA from the Cranbrook Academy of Art in 2015 and a BFA from the University of Cincinnati College of Art in 2012. She has had recent solo exhibitions at Southern Utah Museum of Art (Cedar City, UT), Atlanta Contemporary (Atlanta GA), CUE Arts Foundation (New York, NY), the Contemporary Arts Center (Cincinnati, OH), Edel Assanti (London, UK), and Williamson/Knight (Portland, OR). Recent group exhibitions include the deCordova Museum (Lincoln, MA), Allen Street (Hudson, NY), Museum of Art at the University of New Hampshire, (Durham, NH), Library Street Collective (Detroit, MI), VACATION (New York, NY), and George Washington University (Washington D.C.). Soleimani has been exhibited widely at art fairs in Chicago, Miami, New York, Mexico City, and Amsterdam. Her work is included in numerous private and public collections. This is her second exhibition with the gallery. 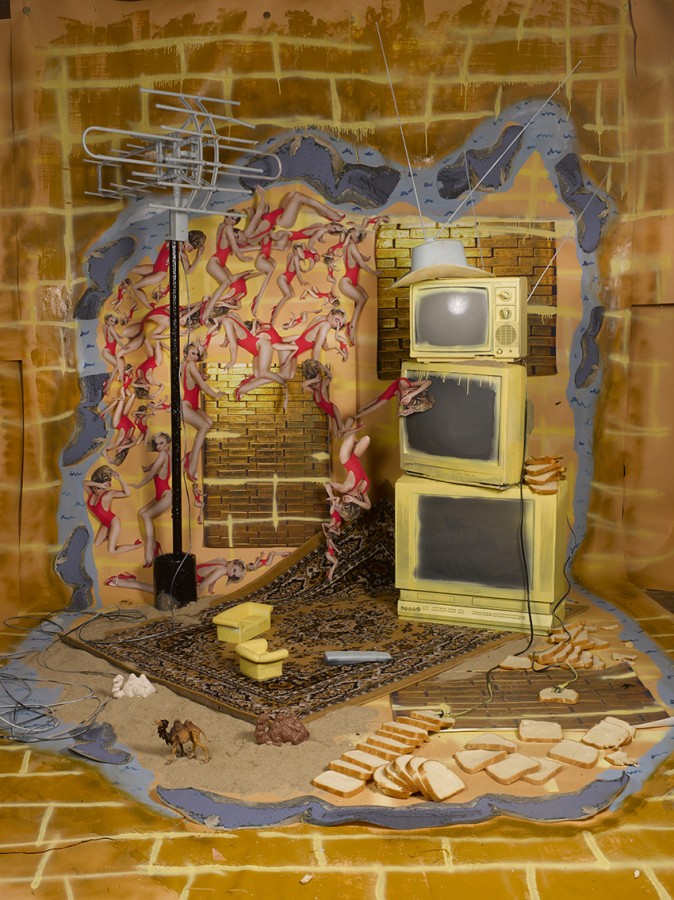