Catherine Edelman Gallery is thrilled to host the second solo exhibition of renowned photographer Sandro Miller with his newest project, I Am Papua New Guinea. The exhibition opens September 6 and runs through November 9, 2019. The work will also be featured at Expo Chicago, at Navy Pier, which runs September 19 – 22, 2019.

For more than 30 years, internationally recognized Chicago photographer Sandro Miller (b. 1958, Elgin, IL) has captured the art world with his stunning portraits. Sandro is known for his beautiful handling of light and composition, making him one of the most sought-after commercial photographers working today. This success has allowed him to continue working on his personal projects, most notably Malkovich, Malkovich, Malkovich: Homage to Photographic Masters, a world-wide traveling exhibition, and his most recent body of work, I am Papua New Guinea.

Papua New Guinea is a country rich in cultural diversity, known for its exquisite beaches, rainforests and active volcanoes. While it has a population of more than 8 million people, and 851 known languages, only a small percent live in urban centers. The rest of its people live in customary communities, areas owned by indigenous groups who manage their land and people through tribal customs. Sandro traveled to many of these communities with the help of Torsten Blackwood, one of Australia’s leading photojournalists, who graciously offered to introduce him to the numerous tribes he’s photographed throughout his career.

Sandro made three trips to Papua New Guinea over a two-year period, photographing 400 indigenous people from more than a hundred different tribes, including the Geremiaka mudmen near Asaro, the Huli wigmen of Tari and in the Yenchan village tambaran (spirit house) by the Sepik River. Headdresses, face painting, tribal dress and ornamental talismans take center stage during the annual Sing-Sing festival, peaceful gatherings where tribes share their traditions through song, dress and dance. At the crocodile festival in the Sepik basin, tribes celebrate the special bond they have with the crocodile, which symbolizes power and manhood, by enduring skin-cutting initiations that resemble the back of the reptile. At these festivals, Sandro set up a studio, inviting hundreds of people to have their portraits taken. For most of the sitters, it was the first time they had ever seen a photograph or what they looked like. The result is a powerful body of work of a thriving culture far removed from its industrialized neighbors.

For more than 35 years, Sandro Miller has run a successful photo / film studio in Chicago. With clients ranging from Forbes, GQ and Esquire, to American Express, Coca-Cola, Jimmy Dean and BMW, Sandro has secured his place as one of the top advertising photographers worldwide. His fine art work has been shown throughout the world and is in numerous collections including the Museum of Contemporary Photography (Chicago, IL) and the Elton John Collection. He is the recipient of dozens of awards, including the International Photographer of the Year for his achievements in photography from the Lucie Foundation in 2014 and again in 2015. A monograph, I Am Papua New Guinea, is scheduled for publication later this year and will be his tenth book showcasing his personal projects. 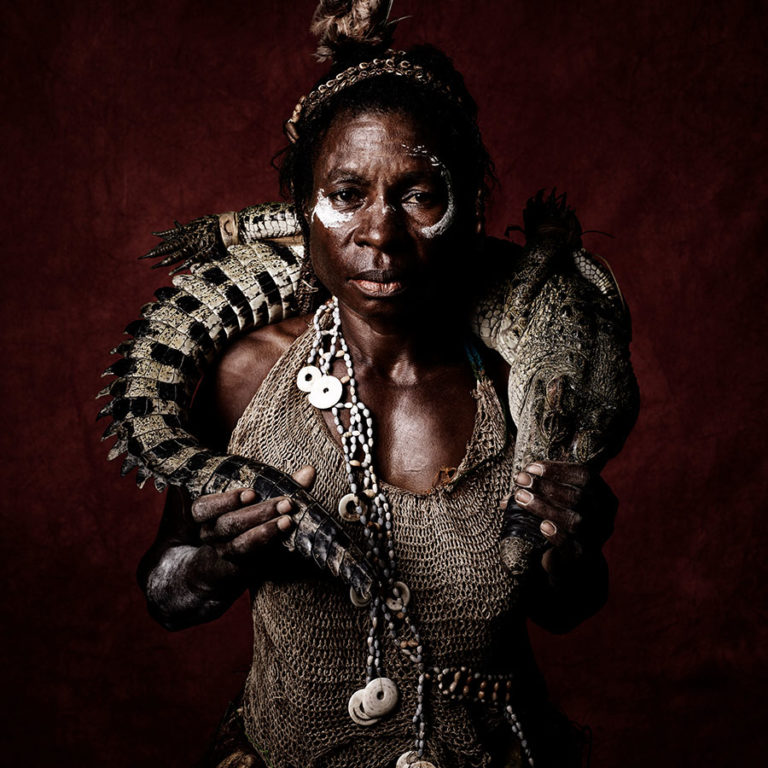