The high-femme drama of a sad unfurling scroll penetrating a gorgeous rug, gushing together into crisscrossed waves. A dripping jug of melting roses. An underwater flood.

Ruby T is a drawer who is fueled by anger, desire, and magic. Her drawings and marbled silk paintings in Underwater Flood are translations of political and sexual desire. Within oppressive social conditions, language circumscribes both forms of yearning, collapsing them into each other as they flow toward the limits of fantasy. This show, her first at Western Exhibitions, juxtaposes ecstatic drawings of water with dozens of satirical cartoons depicting U.S. Senator Lindsey Graham.

Ruby’s drawing practice is equal parts performative and devotional. For the past few years, she has been preoccupied with drawing moving water —particularly the impossible act of representing it— landing recently on the process of marbling, which essentially is a print of the surface of water.

She writes, “All of my work is rooted in drawing and has been for years. I am on a quest to realize the conceptual potential of cartooning and protest art. Drawing water imagery on marbled patterns forces a power struggle between the fiction of my lines and the physical trace of water. Sometimes I dominate and sometimes I submit; multiple planes emerge, and I become trapped in the trifecta of reality, representation, and caricature.”

Her cartoons of Lindsey Graham are part of an ongoing experiment in which she draws the opportunistic misogynist over and over again from the same grimacing photo while listening to him speak. She asks, “If caricature is drawing at its most violent, can the ritualistic repetition of drawing this asshole accelerate his destruction?” Her fascination with Graham is just one in a string of obsessions with the political and corporate elite and their bullshit.

Ruby T was named a 2018 Breakout Artist by Newcity and has had solo and two-person exhibitions in Chicago at Randy Alexander Gallery, Roots & Culture, The Back Room at Kim’s Corner Food, and Woman Made Gallery. Group exhibitions include Hyde Park Art Center, EXPO Chicago, ACRE Projects, Ballroom Projects, Roman Susan, all in in Chicago and at Monaco in St. Louis. She has performed and screened video works at Chicago spaces including Iceberg Projects, Weinberg/ Newton Gallery, Gallery 400, Chicago Filmmakers, and Comfort Station. Ruby T received her MFA from the School of the Art Institute of Chicago in 2016 and lives and works in Chicago.

Ruby’s illustrations and comics have been published by Temporary Services and the short-lived Land Line. Her work has been written about and reviewed in the Chicago Tribune, Newcity, The Chicago Reader, and Chicago Artist Writers. She has received grants from the Chicago Department of Public Affairs and residency and fellowship awards from Ox-Bow, Wassaic Project, and ACRE. Her band Lezurrexion has performed in over 50 crusty basements, clubs, and secret outdoor spaces between 2011 and 2015, and she is a current member of the organizing collective Make Yourself Useful. 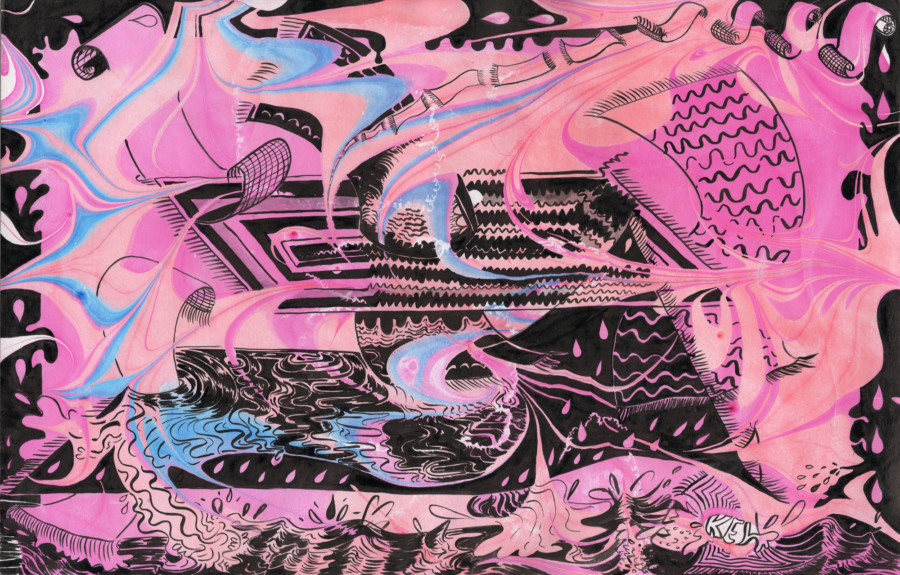