Protest, as an Expression of Patriotic Duty

Protest, as an Expression of Patriotic Duty is a 16mm-film program that includes four independently produced films from 1960s: Bruce Baillie’s “Quixote,” Abbe Borov’s “Let It Shine,” Peter Gessner’s “Time of the Locust,” and Aldo Tambellini’s “Black Plus-X.” Much of this program was presented together at The Gate Theater’s Angry Arts in Underground Films, which was affiliated with the Village-wide arts festival Angry Arts Against the War.

Abbe Borov’s “Let It Shine” (1968, 22 min) is a black and white film that follows a group of anti-Vietnam War demonstrators to the March on Washington, which took place on November 27, 1965. The national demonstration was organized by Students for a Democratic Society and drew crowds of an estimated 50,000 people to the capitol. The film is shot as a descriptive survey of the event, sharing the thoughts and concerns of participates and functioning as a filmic teach-in. It features the young men and women discussing and debating their political positions during their bus ride to the march, scenes of performances by musicians at the event, and excerpts from speeches by Coretta Scott King, SANE co-chairman Dr. Benjamin Spock, and SDS president Carl Oglesby.

Peter Gessner’s “Time of the Locust” (1966, 12 min) is a black and white film that blatantly critiques America’s activities in Vietnam through the combination of American newsreel footage, combat footage shot by the National Liberation Front of South Vietnam, and film footage taken from Japanese filmmakers—all overdubbed with pop music.

Aldo Tambellini’s “Black Plus-X” (1966, 8.5 min) is a black and white film with sound shot in New York City and Coney Island. By expressing black in terms of light rather than in terms of color, Aldo Tambellini encourages the possibility a new era that recognizes black power as a positive force. In an interview for arts/canada, Aldo Tambellini described his intention: “Black is one of the important reasons why the racial conflicts are happening today, because it is part of an old way to look at human beings or race in terms of colour… Blackness is the beginning of the resensitizing of human beings.”

Protest, as an Expression of Patriotic Duty is part of THE GATE THEATER FILM FESTIVAL 1966/2019, a week-long, 16mm-film festival that is taking place Tuesday, September 24, through Monday, September 30, from 7 to 9 pm at filmfront. 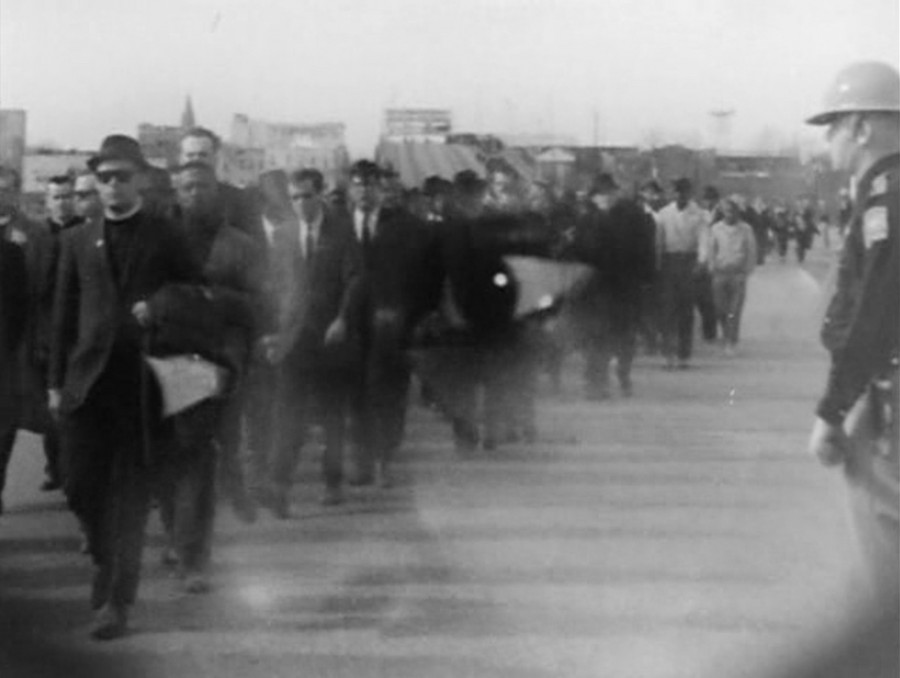