Profs and Pints presents: “A Maritime History of Chicago,” with Ted Karamanski, professor of history at Loyola University Chicago, author of ten books on regional history, and a founder of the Chicago Maritime Museum.

Come take a deep dive into Chicago’s watery background, and learn the fascinating details of how its economic development, layout, and infrastructure were shaped by Lake Michigan and the Chicago River. Let Professor Ted Karamanski, a scholar of the region who teaches budding historians how to engage with the public, take you on a fun and fast-flowing journey through the city’s maritime past.

He’ll talk about how the Chicago River developed from a route used by Native Americans on canoes to a chaotic harbor travelled by more than 100 ships a day, helping to establish Chicago as the busiest port in the nation and one of the busiest ports in the world in the late 1800s. A key route for grain and lumber destined for the East Coast and for Europe, it opened its bridges to let ships pass so often every day that “Sorry, I was bridged” became the most common excuse for commuting workers who showed up late for jobs.

You’ll learn how the city, build on a flat, wet prairie prone to flooding, found its watery setting to be a challenge to its urban development. It responded with innovation, mounting a massive 19th-century effort to sit higher off the water, digging tunnels deep under Lake Michigan, ingeniously reversing the river’s flow, and developing a massive system of lake-front parks and beaches that serve purposes beyond recreation.

Professor Karamanski will describe how aircraft carriers docked here in World War II to train Navy pilots in a setting safe from enemy submarines, and how another invader from Europe, the zebra mussel, snuck into our local waters to cause far more damage than a few torpedoes could.

The talk, at the Cambria Hotel & Suites Chicago Loop – Theatre District, is being staged as part of a collaborative between Profs and Pints and the Cambria Hotels brand intended to expand access to higher learning in Chicago and other cities.

Once you’ve gained a deep awareness of how Chicago was shaped by water, experiences such as driving over the river, making a pot of tea, or flushing a toilet will never be quite the same. (Listed time is for doors and talk starts 30 minutes later. Tickets are $12 and must be purchased online and in advance.) 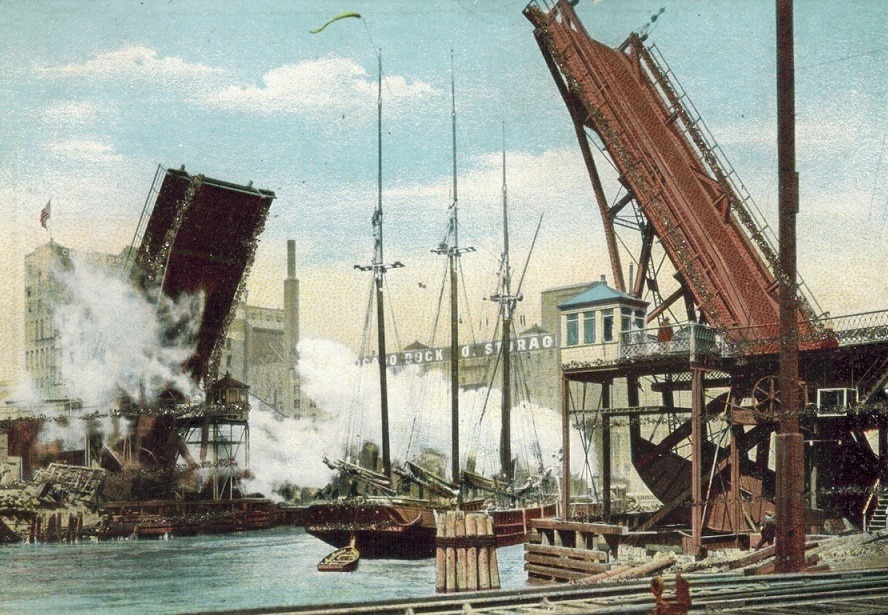