Join us for the launch of Ours Poetica, a new video series that captures the intimate experience of holding a poem in your hands and hearing it read by a distinctive—sometimes unexpected—voice. Reading, screening, and discussion with curator Paige Lewis, series producer John Green, and special guest Kaveh Akbar. Lewis is the author of Space Struck; their work has appeared in Poetry, American Poetry Review, Ploughshares, and Best New Poets 2017. Green is the author of several novels, including The Fault in Our Stars and Turtles All the Way Down; he cofounded Complexly, an online educational video production company. Akbar is the founder and editor of Divedapper and a 2016 Ruth Lilly and Dorothy Sargent Rosenberg Poetry fellow; his poems have appeared in Poetry and The New Yorker, among others.

Produced in partnership with Complexly 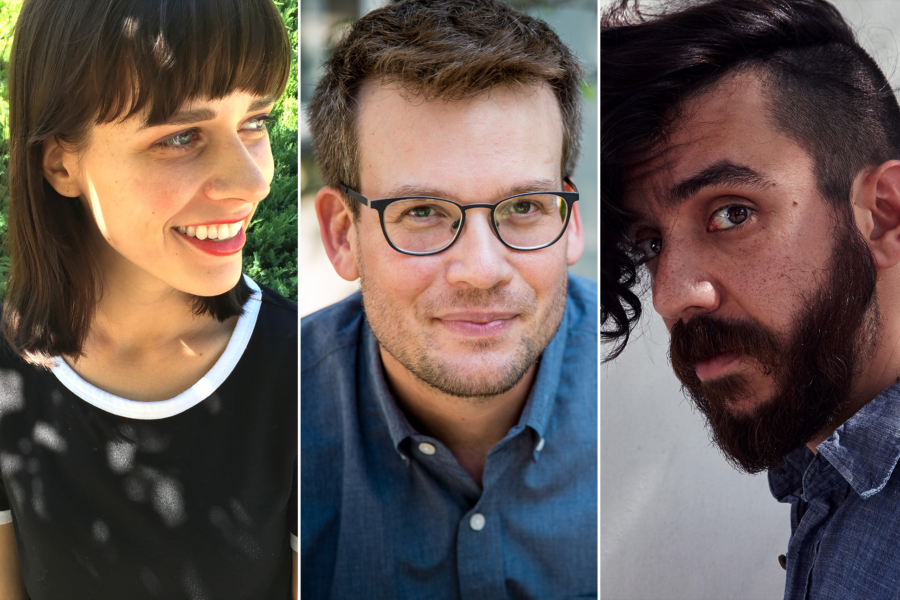