Western Exhibitions will open its second solo show with Orkideh Torabi on Friday, September 13 with a public reception from 5 to 8pm. Torabi’s paintings depict caricatures of men — particularly men who enjoy and benefit from social freedoms that women, in many cultures, are forbidden or discouraged from engaging in.

Taking art historical cues from portrayals of the figure in landscape in the Western Canon, Torabi’s men are seemingly oblivious to their coveted social freedom. Rendered with simple button-eyes, gnarled noses, and alien skin, her intentionally humorous figures are stuck in an emasculated state of being. She banishes women from her paintings altogether, crafting scenes that offer an eerie parallel to daily life in patriarchal cultures. Without women, the men are left to coddle their baby boys, care for each other at public baths, and engage in intimate conversations amongst themselves.

In an interview with Chester Alamo-Costello for Comp Magazine, Torabi reflects on this expulsive decision: “Growing up, I gradually recognized how women do not benefit from the same opportunities as men in their everyday lives. Having consistently observed how many facets of society are established to favor men over women, I questioned how my life might differ if none of these boundaries existed.” Torabi’s new paintings follow this same thematic trajectory but reveal men in more actively ill-intentioned roles, exposing their predatory behavior as they crudely seek the attention of women, gawking and cat-calling from alleys and park benches. While most seem to be enjoying chatting and gossiping about their recent adventures, others are shamefully being caught in the act. ­­­­­­

Torabi uses fabric dye on stretched cotton, a batik-like technique that has become her signature, to depict cartoonish contemporary men against vivid patterns, designs that are influenced by Persian manuscripts and miniatures, both integral parts of Iranian culture since the 13th century. These small yet highly detailed illustrations usually depict warrior men completing tasks as gazing women watch the active heroes in wonder from the sidelines. In the new series of paintings, Torabi moves these backgrounds into the foreground shapes of her men’s shirts, pants and blankets. Custom-designed, patterned wallpaper will be installed behind the paintings to further envelop the viewer in color and pattern. By juxtaposing her contemporary observations with such traditional imagery, Torabi makes explicit that the past and present become interwoven in the fabric(ated) world of her making.

Orkideh Torabi received her MFA from the School of the Art Institute of Chicago in 2016, after receiving her BA and MA from the University of Art in Tehran. Torabi’s solo and two-person shows include Western Exhibitions in Chicago; Horton Gallery in New York; Yes, Please and Thank You in Los Angeles; and Interface Gallery in Oakland. Her recent solo show at Richard Heller Gallery in Santa Monica was reviewed in the Los Angeles Times. Her solo booth at the 2018 NADA New York was highlighted by Hyperallergic and Roberta Smith of The New York Times, who posted on Instagram that Torabi’s “work blends Persian painting with Hairy Who-like Nutt and Nilsson, fomenting optimism for the continuation of the reciprocal revitalizations of cultures.” Torabi lives and works in Chicago. 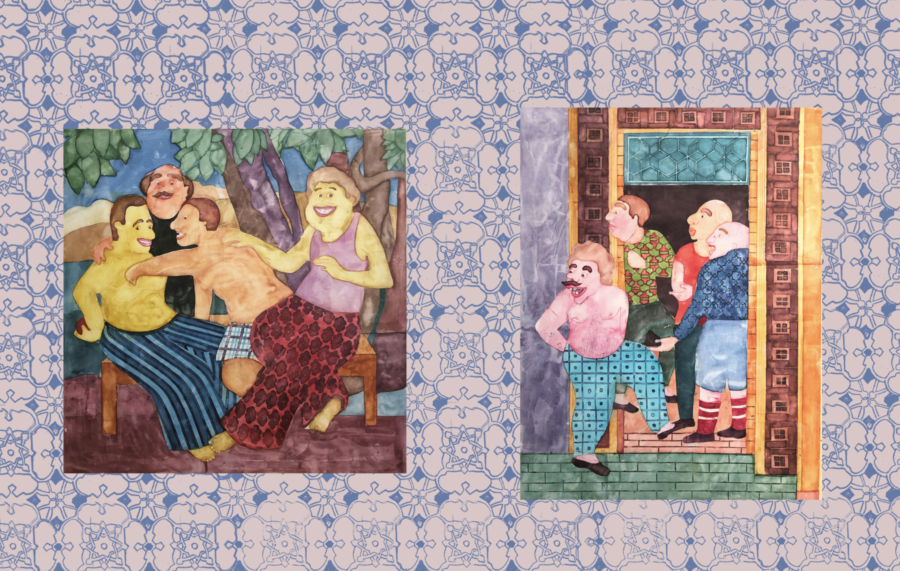