Lani T. Montreal is a Filipina educator, writer, performer, and community activist based in Chicago. Montreal’s chapbook, FANBOYS: Poems about Teaching and Learning, was published by Finishing Line Press in 2018; her poems have been featured in journals and anthologies including Rattle, Bloodstone, and Pinoy Poetics. Her honors include the 2015 3Arts Djerassi Residency for Playwriting, 2008 3Arts Ragdale Residency, and the 2001 Samuel Ostrowsky Award for her memoir Summer Rain. A former journalist in the Philippines, Montreal currently teaches writing at Malcolm X College, one of the City Colleges of Chicago.

Tony Trigilio’s most recent collection of poetry is
Inside the Walls of My Own House (BlazeVOX [books], 2016). His selected poems, Fuera del Taller del Cosmos, was published in 2018 by Guatemala’s Editorial Poe (translated by Bony Hernández). He is the editor of Dispatches from the Body Politic (Essay Press, 2016) and Elise Cowen: Poems and Fragments (Ahsahta Press, 2014). He co-edits Court Green, and is an Associate Editor for Tupelo Quarterly. He is a Professor of Creative Writing/Poetry at Columbia College Chicago.

Carlos J. Reyes is a Mexican-Puerto Rican poet and essayist from Chicago, Illinois. He is a current MFA Creative Writing-Poetry candidate at Columbia College Chicago. His writing explores, examines, and interrogates the intersections between Latinx and American culture, immigration, and language. 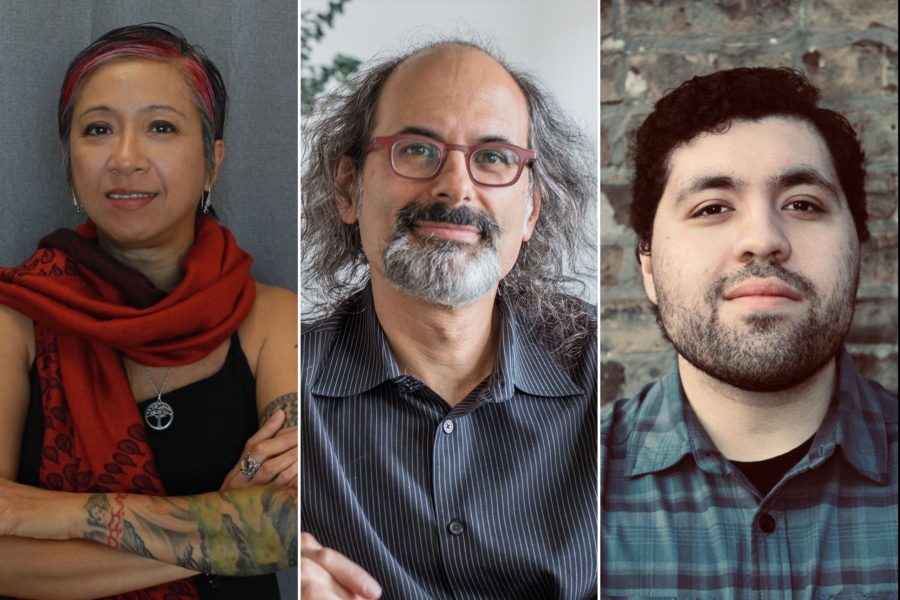