On view through Saturday, September 21st

Join us as we celebrate our final print issue and transition to a fully online experience.

Poet and filmmaker Ish Klein grew up in Long Island and was educated at Columbia University and the Iowa Writers’ Workshop. Klein’s poetry collections include Consolation and Mirth (2015), Moving Day (2011) and Union! (2009). Her poems have also appeared in the magazines Fence, Jubilat, and Epiphany, among many others. She lives with her partner Greg Purcell in Chicago, Illinois and works in theater.

Jacob Saenz is the author of Throwing the Crown, winner of the 2018 APR/Honickman First Book Prize, selected by Gregory Pardlo. He serves as an associate editor for RHINO.

Philip Sorenson is the author of two full-length collections, Of Embodies (Rescue Press, 2012) and Solar Trauma (Rescue Press, 2018), and a handmade book, New Recordings (Another New Calligraphy, 2018). He is the co-editor, with Olivia Cronk, of The Journal Petra.

Sara Wainscott is the author of Queen of the Moon (dancing girl press, 2017).

Bill MacKay cut his teeth in various bands and projects spanning genres across the United States, and has created an extensive body of original work, while energizing the folk, avant-garde, and experimental diaspora.

MacKay’s blissful harmonic control and just-outside-the-box guitar mastery are one with his compelling songwriting, and his creative voyage and imaginative influences are fully displayed on his most recent solo records: Fountain Fire (Drag City, 2019) Esker (Drag City, 2017), and SpiderBeetleBee (Drag City, 2017) his second duo set with Ryley Walker.

These recordings along with his unmatched live performances reveal a startling range – from the folk of Appalachia, avant-rock, and blues to jazz, raga-esque excursions, and western modes. MacKay’s music has received praise in reviews by the Chicago Reader, Mojo, The Ear, Uncut, Downbeat, Paste, Pitchfork and New City among other publications. 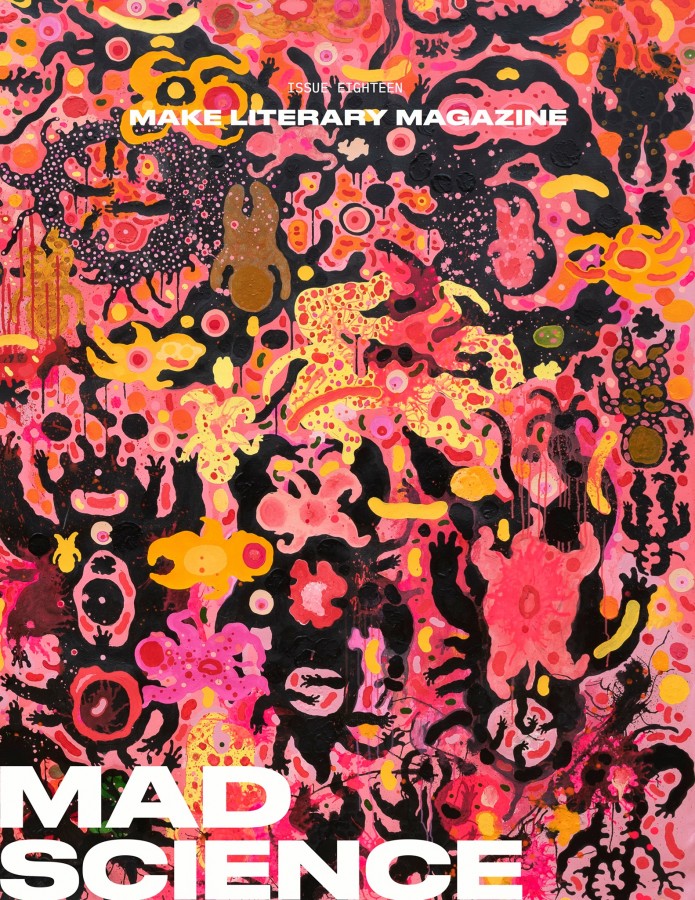