On view through Saturday, September 7th

On the final day of the Love All Potatoes exhibition with Jim Duignan, Claire Pentecost, and Melissa Potter,  Melissa Potter and special guest, Hannah Hirsekorn will see how potato vines grown over the summer at the Franklin and the Altgeld Sawyer Corner Farm can be turned into handmade paper. Learn about a wild potato blight remediation research project with University of Wisconsin. Paper produced will be used for a Love All Potatoes collaborative zine featuring interviews and stories about climate change, microbiomes, pedagogy, gardening, art practice and social engagement.

About LOVE ALL POTATOES

Love All Potatoes is a garden laboratory project by Jim Duignan, Claire Pentecost, and Melissa Potter. The artists will plant heirloom variety potatoes (e.g. Jersey Yellow and Okinawa Purple) in improvised planters, start a compost bin, and install a handmade garden cart to seed their intersecting dialogues on plant personal histories, microecologies, and intangible heritage craft histories. Over the summer, the potatoes will blossom on vines running from the sacks along strings to parts unknown. The artists will activate the Franklin as an eco-pedagogical space to engender conversations on the Garfield Park community and land in general, and to develop other collective works-in-progress, such as a publication printed on paper made from potato vines.

Jim Duignan is an artist, forming the Stockyard Institute in 1995 as a civic, artist project in the Back of the Yards community of south Chicago. Stockyard Institute was influenced early by community artists, revolutionaries, local activists, and radical teachers who explored the community as sites of contest and considered the social and civic forms of public engagement as much a part of practice as they did their life. Duignan is a professor of Visual Art in the College of Education at DePaul University in Chicago where he is the Chair of Visual Art Education.
Recent print publications include; Back to the Sandbox: Art and Radical Pedagogy, (Ed.) Jaroslav Andel, published Western Washington (2019), Poor and Needy; Baggesen and Brackman, Published by Poor Farm Krabbesholm (2018), Building a Gang-Proof Suit: An Artistic and Pedagogical Framework, for the Chicago Social Practice History Series, (Eds.) Mary Jane Jacob and Kate Zeller, published University of Chicago Press (2015) and No Longer Interested for the Blade of Grass Foundation (2014).
Select exhibitions include Stockyard Institute Retrospective, DePaul Art Museum (2021), Envisioning Justice, Sullivan Galleries (2019), PUBLIC SCHOOL, Hyde Park Art Center (2017), Smart Museum (2017), the Chicago Cultural Center (2016), Reykjavik Art Museum, Iceland (2016), Interference Archive, Brooklyn, NYC (2015), Sullivan Galleries, Chicago (2014), Kochi-Muziris Biennial, India (2014) and the Hull House Museum (2013).
In addition, Duignan’s work has been published in The Atlantic Monthly, The Art Newspaper, Prestel Publications (Nick Cave’s Epitome), New York Times, Chicago Reader, New Art Examiner, Chronicle of Higher Education, New City, Chicago Tribune, and many others. His work has been recognized by the Weitz Family Foundation, Illinois Humanities, Artadia (NYC), and the Art Institute of Chicago. He received a B.F.A. and M.F.A. from the University of Illinois at Chicago in Studio Arts.

Claire Pentecost is an artist and writer whose poetic and inductive drawings, sculpture and installations test and celebrate the conditions that bound and define life itself. Her projects often address the contested line between the natural and the artificial, focusing for many years on food, agriculture, bio-engineering, and anthropogenic changes in the indivisible living entity that animates our planet. Since 2006 she has worked with Brian Holmes, 16Beaver and many others organizing Continental Drift, a series of seminars to articulate the interlocking scales of our existence in the logic of globalization. She is also a founding member of Deeptime Chicago, dedicated to cultural change in the Anthropocene.
A sample of Pentecost’s exhibition venues include dOCUMENTA(13), Whitechapel Gallery, the 13th Istanbul Biennial, Nottingham Contemporary, the DePaul Art Museum (Chicago), the Museum of Contemporary Photography (Chicago), the Third Mongolian Land Art Biennial, The Times Museum (Guangzhou), Spencer Museum (Lawrence, KS). Institutions inviting her to lecture include MIT; CalArts; RISD; Northwestern University; Rice University; The University of Virginia; Creative Time Summit and many others. She is represented by Higher Pictures, New York, and is a Professor in the Department of Photography at the School of the Art Institute of Chicago.

Melissa Hilliard Potter is a feminist interdisciplinary artist, writer, and curator whose work has been exhibited in venues including White Columns, Bronx Museum of the Arts, and Museum of Contemporary Art Chicago, to name a few. Her films have been screened at international film festivals, such as the Cinneffable and the Reeling International LGBT Film Festival. Potter’s awards include three Fulbright Scholar grants, which enabled her to build two papermaking studios at university art departments in Serbia and Bosnia & Hercegovina. As a curator, Potter’s exhibitions include “Social Paper: Hand Papermaking in the Context of Socially Engaged Art” with Jessica Cochran and “Revolution at Point Zero: Feminist Social Practice” with Neysa Page Lieberman. Her critical essays have been printed in BOMB, Art Papers, Flash Art, Metropolis M, Hand Papermaking, and AfterImage among others. 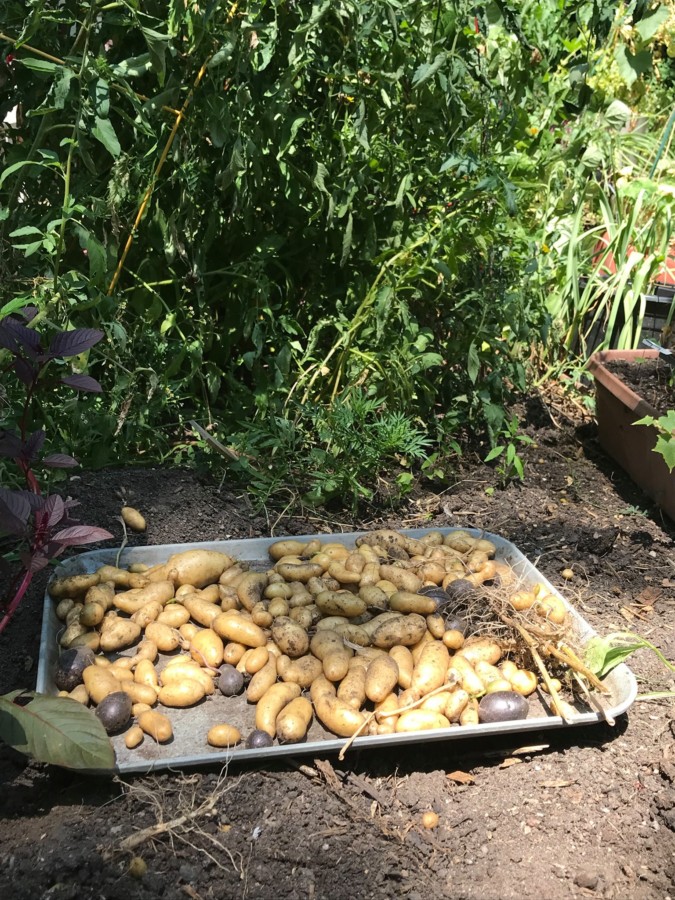