Laura Davis and Derrick Woods-Morrow: Thanks for not breeding

On view through Saturday, October 12th

Laura Davis is a multi-disciplinary artist interested in objects and craft. Her works both present their own histories but easily adapt to Davis’ recontextualization of them. She wields and contradicts assumed archetypes of gendered roles, reimagining new relationships by creating handcrafted metal sculpture combined with gender specific ready made objects. Further, her interactions disrupt notions of value at the intersections of art, design, and craft.

Derrick Woods-Morrow, often reassesses material in his work. By deploying a wide variety of media– including photographic material, ceramic sculpture, film, and narrative performance, he attempts to reconcile the painful, personal and shared experiences of existing as black & queer in America. His works asks what it would mean to imagine a past and future where bodies like his own can exist as ‘whole’ —to not perpetually labor merely in order to exist, but to thrive and play; to be renewed. 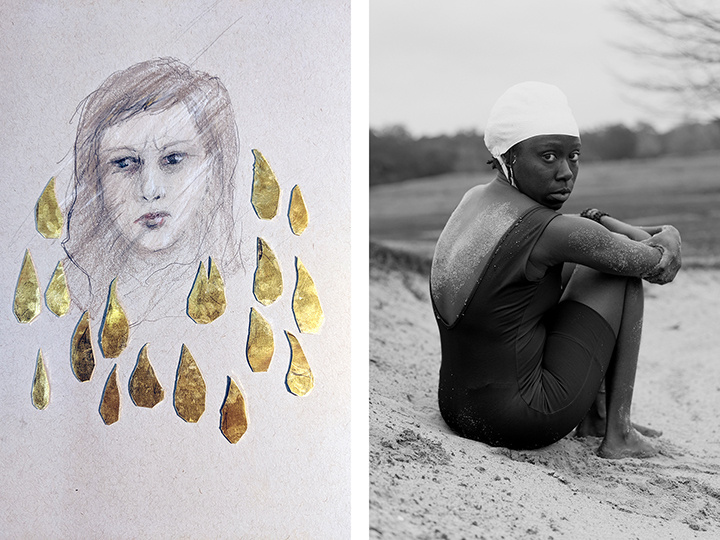