Please join us to celebrate the opening of LaToya Ruby Frazier’s solo exhibition, The Last Cruze.

At 6pm Frazier will discuss her work in Kent Hall, a short walk from the Ren

The Last Cruze centers on the workers at the General Motors plant in Lordstown, Ohio. After more than fifty years of auto production, and a current commitment to manufacture the Chevrolet Cruze until 2021, the facility has recently been “unallocated” by GM. Employees have been given the choice to relocate to another plant in a different part of the country, but those who don’t want to be uprooted will be cut off from the company, losing their pensions and health care. For now, the plant is idle and the workers’ lives are on hold, as they wait for General Motors’ negotiations with the union to begin in September. During this period of high uncertainty and change, Frazier has been in Lordstown with the workers and their families, collaborating with them to record their stories. A selection of these images and interviews is presented in a photo-essay in the May 5 issue of The New York Times Magazine.

Featuring photographs and other audio-visual elements, The Last Cruze introduces a significant new chapter in Frazier’s investigations of labor, family, community, and working-class lives across a wide variety of geographic settings—from Flint, Michigan and the Borinage mining region in Belgium to her hometown of Braddock, Pennsylvania. The developments in Lordstown have brought wide-spread attention to the small Rust Belt town, which has emerged as a political flashpoint and been cited as symptomatic of shifting economic trends. Timely and nuanced, Frazier’s new work in Lordstown creates a platform for the workers who are directly affected by the plant’s changing status, bringing forward their own relationships to an urgent subject that connects the local, national, and global.

A monograph with multiple new essays, published by the Renaissance Society, will accompany the exhibition.

The Last Cruze is curated by Solveig Øvstebø and Karsten Lund.

LATOYA RUBY FRAZIER (b. 1982) is a visual artist known for collaborative storytelling with the people who appear in her photographs, videos, texts, interviews, and performances. Frazier’s use of the photograph as a platform for social justice and visual representation for working-class families is rooted in her commitment to adding onto the legacies of 1930s social documentary work and the relevancy of 1960s and 70s conceptual photographic practices that address urgent social and political issues of everyday life. 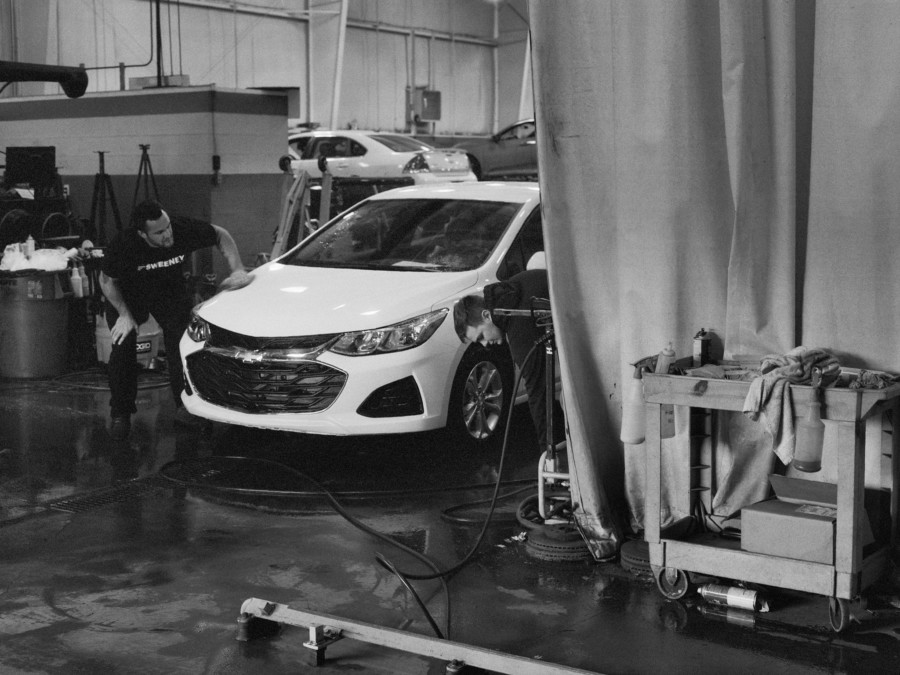