On view through Monday, October 14th

The opening reception and artist meet will be held on Saturday, September 14th, 2019

“To paraphrase Oscar Wilde, art is the creation of beautiful untruth. In this respect, it occurs to me that for the past forty years, I have been fully engaged in the pursuit of that premise. If my paintings indeed are ‘lies,’ therein is their justification. Their raison d’ être-to offer a glimpse of places that quench the thirst, feed the spirit and free the soul. Beautiful lies, I hope. – Kerry Hallam

If the world is a banquet, the paintings of Kerry Hallam are an invitation to sit at the table and join the feast. Hallam’s works spirit us away to experience an alluring atmosphere and the simple pleasures of life. Hallam’s lifetime of travels has continually called him to the sea, and his paintings are like a stage-setting, there to explore.

“I try to arrive at a definitive statement, a kernel of a landscape or an experience which is universal in appeal”-Kerry Hallam.

Hallam is as refreshing in spirit as his paintings are extraordinary. His creations-filled with bold patterns and captivating compositions-reflect the man himself. Their joie de vivre compels the viewer to visit and experience the places recreated in his paintings. “always like a stage-setting, there to be explored.”

Born in Northern England, Hallam showed early artistic talent when he won a six-year scholarship to London University’s Central College of Art and was formally trained under British master painters. Britain’s Royal Society of Artists in Watercolor included him for his talent. Enthusiasm for his art is sufficiently evident in Kerry Hallam’s vivid windswept seascapes and timeless, sun-dappled village scenes. Actively by the Fauves, Hallam has a strong affinity for the 19th-century French Post-Impressionists, Cezanne, and Van Gogh.

“What makes a particular place particularly extraordinary? Sometimes it is the combination of sights, sounds, smells, and feelings. More Often, it is an experience that separates this place from many others. Sometimes, though, it is something as simple as the way the sun hits the city buildings as it begins to set, or the sound the waves make as they break upon the shore.”-Kerry Hallam

In 1981, Hallam opened a studio and gallery on Nantucket Island. Inspired by St. Tropez and the French Riviera Hallam frequently returns to renew his spirit. Noted for his power to evoke emotion, the opulence of light and distinctive color harmonies, Hallam translates the ordinary moment into the magical, inviting us to be revitalized by the world’s simple pleasures. His panoramas continue to draw accolades, including a first-place award by the prestigious L’Association Pour le Promotion Artistique Francais. Hallam has been honored through many one-person exhibitions around the world and at (MLG) 9 galleries throughout North America. His work has been featured in newspaper, magazine articles as well as in PBS television specials.

“To the artist, art is everywhere for the taking. It is a requisite for the soul. It is what makes the ordinary extraordinary.-Kerry Hallam

Nautical Charts have intrinsic beauty. The older the map, the more fascinating it is. Hallam’s interest in the sea and sailing led to his incorporation of painting and mixed media. Street Maps, nautical charts, newsprint, in fact, anything that has a quality unto itself has been used and adds to the flavor and authenticity of his work. He continues to explore the realm of collage and its endless possibilities, each a new and challenging departure.

In the pursuit of unrestrained pleasure, few indulgences compare to the rapture of an adventure at sea, exploring secluded coves and thriving ports alike. Nautical Charts and survey maps have long been the only invitation needed to coax adventurous souls to cast off the shroud of the mundane and set off on a voyage of discovery. Representing adventure and days sent with good companions, these essential documents have chronicled man’s need for exploration since the beginning of time. The charts and maps of Kerry Hallam, mixed-media works created on actual nautical charts and street maps, serve as beautiful reminders of that one magical moment in our lives when we lived without restraint.

“I love the challenge of trying to marry the free spirit within me and the chart’s unyielding truth.”-Kerry Hallam

Hallam meets that challenge head-on, and the resulting work of art is a truly unique visual delight that eloquently captures Hallam’s passion for exploration and discovery.

About Martin Lawrence Galleries Since 1978, Martin Lawrence Galleries, headquartered in Greenwich, Connecticut with nine gallery locations nationwide including New York, Chicago, Dallas, Las Vegas, New Orleans, San Francisco, Costa Mesa, La Jolla, Maui has been assisting and advising collectors as they acquire fine art. MLG is the publisher of fine art prints and sculpture and is also the home to modern and contemporary masters like Picasso, Chagall, Warhol, Calder, Magritte, Basquiat, and Murakami. We are incredibly proud to have lent and exhibited over 200 masterworks, created by more than 30 different artists, to 30+ world-class museums around the globe including the Louvre, the Pompidou, the Metropolitan, the Whitney, the National Gallery, the Tate and the Hermitage-where we are the sole sponsor of the first-ever exhibition of the work of Erté, the father of art deco and we proudly publish works by artists including Kondakova, Hallam, Bertho, Fressinier, Lalonde, and Deyber. For more information visit martinlawrence.com 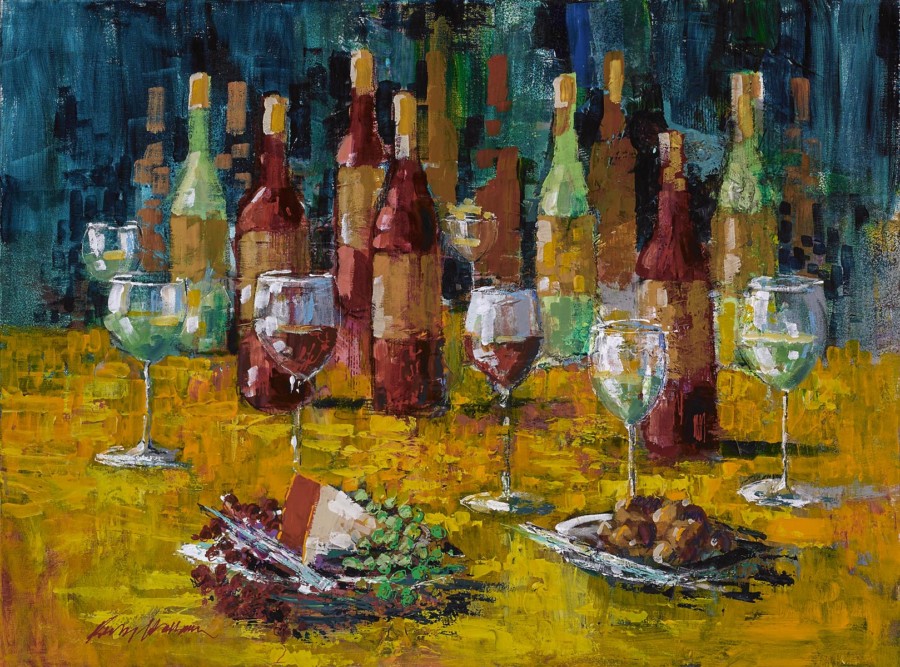