Judith Brotman and Dutes Miller: A Creep that Snakes: A Tic of Words and Symbols

Tiger Strikes Asteroid Chicago is pleased to present A Creep that Snakes: A Tic of Words and Symbols, an exhibition organized by Scott J Hunter, featuring works by Judith Brotman and Dutes Miller that intertwine gesture and communal language through both collaborative and singular movements which seek to bring unconscious components of desire to the surface.

It is often most about the unconscious synergy, the connections that emerge slowly, almost serendipitously, when looking at work. Revealing underlying networks of potential relationships that unfurl as you find yourself considering how a gesture or a particular line awakens a memory of something you have seen before. It is about an intention that is steeped in a shared perspective by two artists, seemingly working in different domains and with diverse considerations, but who intersect in their efforts and production. A recognition builds and bursts forth into conscious awareness as it becomes clear that underlying these differing gestures is a deeply shared reality.

Judith Brotman and Dutes Miller seek to bring components of desire to the surface, and to probe the communal language that is uncovered by doing so, revealing words and gestures about the body and its fragility, and the simultaneous strengths of our capacities to connect and engage. For both of these artists, wrestling with personal experiences of marginality and drawing from the resilience that this has fostered in them, allows them to confront the present and then imagine, through sculptures, drawings, and spoken pieces, a reconciliation with what is uncertain yet collective. Their works are simultaneously comprised of a symbolic language that is both personal and universal in its emotional valence and weight.

In A Creep that Snakes: A Tic of Words and Symbols, Judith Brotman and Dutes Miller independently and collaboratively guide a conversation in which words and gestures, moments and pauses, and tics of mind and body guide us through what is guarded in our consciousness and ready to be released.

Artists Bios:
Judith Brotman is an interdisciplinary artist whose work includes mixed media installations and theatrical immersive environments which occupy a space between sculpture and drawing. Her most recent work incorporates language/text in conceptual projects which are also meditations on the conditions of uncertainty and the possibility of transformation. Brotman’s work has been exhibited at the Smart Museum of Art, SOFA Chicago, Hampshire College, The Society of Arts & Crafts, Boston, The Museum of Fine Arts, Boston, Asphodel Gallery, Weinberg/Newton Gallery, Threewalls, Chicago Cultural Center, Gallery 400, among others. Brotman’s work has been written about in The Chicago Tribune, The New York Times, Newcity Chicago, New York Arts Magazine, Art 21 Magazine, and Hyperallergic. Her work is in the collection of The Illinois State Museum, the Joan Flasch Artists’ Book Collection and The Museum of Fine Arts, Boston. Brotman lives and works in Chicago; she received her BFA and MFA from the Department of Fiber and Material Studies at the School of the Art Institute of Chicago, where she currently teaches.

Dutes Miller’s phallic sculptures, collages and artists’ books are driven by an investigation of queer male sexuality through a tactile exploration of materials. In his sculptures, Miller is interested in the notion of an object that is penetrable (orifice) versus one which penetrates (phallus). Appearing to be in states of transition, his sculptures attempt to find the potential conflation of the two. In his collages and artists’ books, he examines the spaces where the artist’s inner life, queer subcultures and mass media intersect. Miller’s work has been exhibited at Western Exhibitions, The Franklin, Siblings Gallery, O’Connor Art Gallery, White Flag Projects, and Ewing Gallery, among others. His work has been written about on artforum.com, Hyperallergic, Huffington Post, Chicago Reader, Time Out Chicago, New City, and the Chicago Tribune.

Miller’s collaborative work with his husband Stan Shellabarger, as Miller & Shellabarger, won a 2008 Artadia Award and a 2007 Louis Comfort Tiffany Foundation award and has been written about in numerous publications. Miller received a BFA from Illinois State University. He lives and works in Chicago and is represented by Western Exhibitions.

Scott J Hunter is an independent curator and collector in Chicago. He has previously organized A is for Artist at the Ukrainian Institute for Modern Art, Finocchio at The Franklin, A rose is a rose at Aspect/Ratio, Sticky & Sweet at Terrain, and Psychosexual at Andrew Rafacz. When not engaged with the visual arts and music, Scott is a pediatric neuropsychologist on faculty in the University of Chicago Pritzker School of Medicine and Biological Sciences Division and the MacLean Center for Clinical Medical Ethics, as Professor of Psychiatry and Behavioral Neuroscience, and Pediatrics. He is the Director of Neuropsychology for UChicago Medicine/Comer Children’s Hospital. 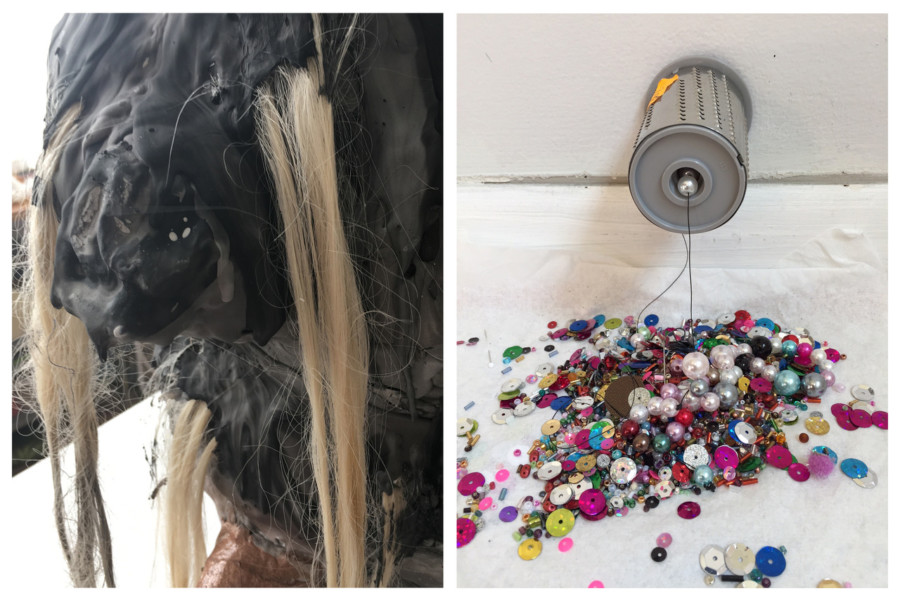