Join us as we inaugurate JPW3’s Rings, the artist’s debut solo exhibition at the gallery. All are welcome.

JPW3 (J. Patrick Walsh III) was born in 1981 in Tallahassee, Florida. Known for his paintings, sculpture, performance, and immersive installations, Walsh’s work forms a radical cosmogony – a material pataphysics addressing many subjects, such as the transformation of vibration into physical form and its return to energy, the loss of ancient bodily knowing in the combustion age, or the relationship between the death drive and the exhaustion of fossil fuels. Recent notable exhibitions include CURSIIING, FUCKIIING, TIIMIIIIIING, DRIINKING, TEXTIIIING DRIIVIIIING (2017) at Galerie Nagel Draxler, Berlin, DE, Rarri Garden (2017) at Kunstverein Heppenheim in Heppenheim, DE, Drifting The Bog (2017) at Night Gallery in Los Angeles, Sleep Never Rusts (2016) at MOCA Tucson in Tucson, AZ, and Arab Drift / Tuned Endo (2009) at P.S.1/MOMA in New York City. Walsh received an M.F.A. from the Roski School of Fine Arts at the University Of Southern California in 2012 after completing a B.F.A. at the School of The Art Institute of Chicago in 2005. He lives and works in Los Angeles. 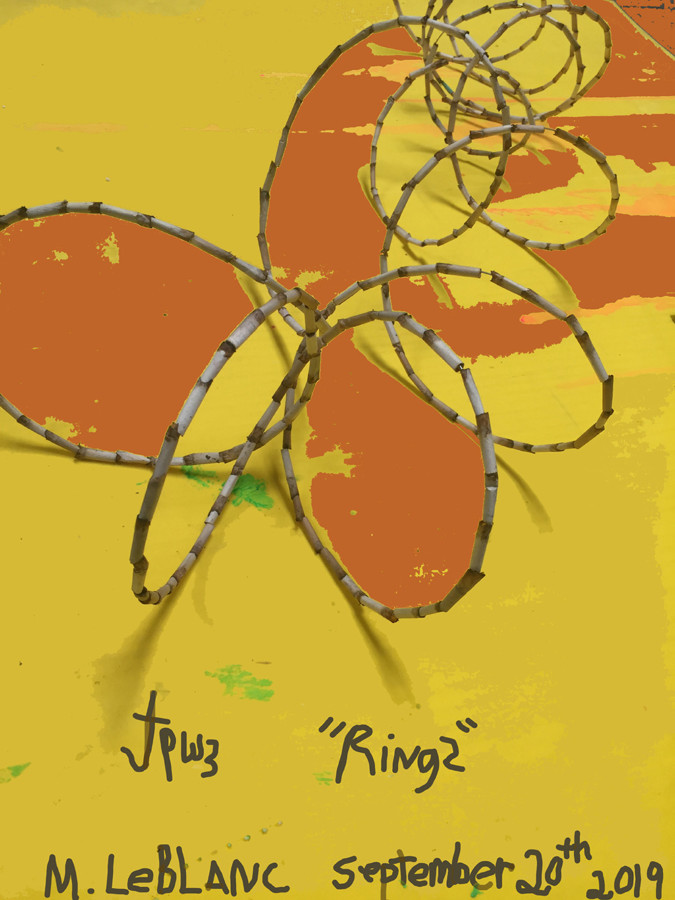