In The Other Room | Four Programs

In the Other Room
Exhibitions, performances, and discourse with visiting artist Elana Katz

Defibrillator Gallery is proud to welcome Berlin-based American-born, Elana Katz, to Chicago for our three-week Performance Artist In Residence Program to create two new works of performance art; screen the performance film, Running on Empty; and gather people together for discourse surrounding the body, landscape, and society in relationship to trauma.

In the Other Room includes four distinct programs:

FRI 20 SEP | 8PM | Main Floor
I Want to Give You Flowers But As a Matter of Precaution I Cut Off Both My Hands
Performance: Elana Katz + Exildiscount
Concept: Elana Katz + Philip Kojo Metz

Running on Empty is a site-specific performance for which the artist ran the 15km historic route of the “gas van” – a mobile gas chamber used during the Holocaust in Serbia during a 3‐month period in 1942. The piece deals with memory, postmemory, and dissociative tendencies, using the body to reactivate a landscape of trauma that has been integrated into the mundane local urban and suburban surroundings.

A film has resulted from this performance that works with imagery and sound to both document and distort the performance action as a subject, with a focus on bodily limitations, capacities, and functions. The film’s emphasis on sound carries a distinct significance as it uses repetition, reverberation, and feedback loops to manipulate and distort the original content; thus mirroring the experience of trauma, and its explicit and procedural memory.

DISCUSSIONS | Centered around the performance film Running on Empty, guest speakers deepen the analysis of this project and the topics that it triggers regarding collective memory and contemporary art. The program will bring together an important selection of participants from Belgrade and Berlin to converse with local artists and scholars. [www.dfbrl8r.org/event/discussions]

4PM | Contextualizing ideas behind Running on Empty that deal with collective trauma and cultural memory and how these upheavals impact contemporary art. Speakers include Sami Hussain Ismat, Patricia Nguyen, and Elana Katz, moderated by Nora Taylor.

6PM | Considering art as a means of addressing the social and psychological consequences of historical happenings related to both individual and collective violence and trauma. Moderated by Roberto Sifuentes in conversation with Elana Katz and Aram Han Sifuentes.

Elana Katz [www.elanakatz.eu] is a conceptual artist working primarily in the medium of performance art. Katz’s work confronts cultural conventions, critically examines the complexity that lies within contradictions, and thus aims to create an experience of unlearning the assumed. Her work concerning memory culture and instances of historical erasure in the Balkans, Spaced Memory (2011- 2018), has been realized in Romania, Moldova, and the region of former Yugoslavia, in cooperation with, among other supporters, the Goethe Institute of Bucharest and the Trust for Mutual Understanding of New York. Katz has exhibited/ performed at the Royal Museum of Fine Arts of Belgium (2011), Diehl CUBE Berlin (2013), P.P.O.W. Gallery, New York (2013), DNA Berlin (2015), ROCKELMANN& Berlin (2016, 17, 18) and KWADRAT Berlin (2017,18,19). She studied in New York at the Parsons School of Design and earned a Meisterschülerin title from the Berlin University of the Arts (Class of Katharina Sieverding). Katz has been based in Berlin since 2008 and is represented by gallery KWADRAT.

Exildiscount [www.soundcloud.com/exildiscount] is a composer, sound engineer, producer and DJ from Berlin. Whether it is in working alongside video artists or in compiling a techno set, Exildiscount’s work always operates along the same tenets: exploring, challenging and recontextualising the different narratives, disciplines, identities, perspectives and discourses that inform both a work itself as much as our understanding of it. In this, he draws on his formal training as much his biography. Born to Christian cultist parents, he spent his childhood playing music in pedestrian malls of Germany with his family band. Escaping the ideological confines of religion and prescriptive masculinity as a gender non-conforming teenager, Exildiscount first pursued training as an events technician, then studied at Humboldt University of Berlin, majoring in Musicology and Media (Studiengang „Musik und Medien“), and minoring in Cultural Studies. He started out DJing in 2003 and now regularly plays at parties across the queer scene of Berlin, such as House of Red Doors, Gegen and as a longtime resident at SchwuZ. His work is driven by a belief in idealism rather than ideologies.

Sami Hussain Ismat [www.instagram.com/sami8ismat] is a performance-maker, director and teaching artist whose work takes interdisciplinary and transdisciplinary forms to approach subject matters such as the Syrian crisis, violence, war, asylum, exile, Arab identity and perception of Muslims. Conceiving credits include: Ghosts of Freedom (Greenhouse Theatre: Trellis Residency), Frivolous Future (Art Institute of Chicago: Associates Night), Finding a Loving Motherland (Collaboraction’s Peacebook), Real News: Human Trash (Pop Magic Productions and Nasty Brutish & Short at Links Hall). Collaborations include: In Progress: New Normal a project by Jonas Becker (MCA Chicago), Atlas Unlimited a project by Karthik Pandian and Andros Zins-Browne (Logan Center Exhibitions), On a Shore Rested a Body with Armin Hayrapetian and Divyamaan Sahoo (New Blood at Links Hall). Select performing credits include: MCA Chicago, Graham Foundation, and Trap Door Theatre. Select directing credits include: Uzbek, Pureland (Silk Road Rising: staged readings), Mihbaj (Theatre Royal Stratford East, London) and has previously worked as assistant director at the Goodman Theater and Trap Door Theatre. Sami has taught or led workshops at Northlight Theatre, Stevenson High School, School of the Art Institute of Chicago, Harvard University, and Columbia College Chicago. Currently pursuing a studio practice MFA in Performance at the School of the Art Institute of Chicago. Sami is a proud alum of the Sojourn Summer Institute and the Directors Lab of Chicago and holds an MFA in Theatre Directing from East 15 Acting School, UK, as a Said Foundation Scholar. Sami is originally from Damascus, Syria and is proud to say that he made it to this very moment as a refugee, because of all the people who supported when he knocked on the door.

Milica Lapčević [www.xtendedmind.com/?p=112] is an artist and journalist, and has published a number of articles on art and culture in “Likovni život” and “Pismo” daily newspapers. Since 2001, she has held the position as a journalist and editor in programs of culture on RTV Studio B/“Culture on the crossroads”, “Art… in absence of other evidence”, and “Words and images”, which have been broadcasted daily on the radio for more than 15 years. Lapčević is the author of number of web articles, collaborator of FEST chronicles and lifestyle TV magazine “Belgrade, at night” from 2007-2016, as well editor of the 2018 series “The Season of Arts”.

Patricia Nguyen [www.patricianguyen.info] is an artist, educator, and scholar born and raised in Chicago, Illinois. She is currently a Visiting Assistant Professor in Asian American Studies at Northwestern University where she received her Ph.D. in Performance Studies. She is also a Paul and Daisy Soros Fellow for New Americans and has over 15 years experience working in arts education, community development, and human rights in the United States and Vietnam. Her research and performance work examines critical refugee studies, political economy, forced migration, oral histories, inherited trauma, torture, and nation building in the United States and Vietnam. She has published work in Women Studies Quarterly, Harvard Kennedy School’s Asian American Policy Review, and The Methuen Drama Anthology of Modern Asian Plays. Patricia has facilitated trainings and workshops on issues ranging from forced migration, mental health, youth empowerment, and language access with The Fulbright Program, American Center at the U.S. Embassy in Vietnam, Jane Addams Hull House, Christina Noble Foundation, Social Workers Association in Vietnam, Vietnamese American Young Leadership Association in New Orleans, Asian Human Services, and 96 Acres. As a performance artist, she has performed at the Nha San Collective in Vietnam, Mission Cultural Center in San Francisco, Jane Addams Hull House, Oberlin College, Northwestern University, University of Massachusetts Boston, Links Hall, Prague Quadrennial, Museum of Memory and Human Rights in Chile, and Chicago Museum of Contemporary Art. She is co-founder and executive director of Axis Lab, a community centered art, food, and design studio based in Uptown, Chicago that focuses on inclusive and equitable development for the Southeast Asian community.

Aram Han Sifuentes [www.aramhansifuentes.com] is a fiber, social practice, and performance artist who works to claim spaces for immigrant and disenfranchised communities. Her work often revolves around skill sharing, specifically sewing techniques, to create multiethnic and intergenerational sewing circles, which become a place for empowerment, subversion and protest. Her work has been exhibited at the Pulitzer Arts Foundation (St. Louis, MO), Jane Addams Hull-House Museum (Chicago, IL), Hyde Park Art Center (Chicago, IL), Chicago Cultural Center (Chicago, IL), Asian Arts Initiative (Philadelphia, PA), Chung Young Yang Embroidery Museum (Seoul, South Korea), and the Design Museum (London, UK). Aram is a 2016 Smithsonian Artist Research Fellow, 2016 3Arts Awardee, and 2017 Sustainable Arts Foundation Awardee. She earned her BA in Art and Latin American Studies from the University of California, Berkeley, and her MFA in Fiber and Material Studies from the School of the Art Institute of Chicago. She is currently an Adjunct Assistant Professor at the School of the Art Institute of Chicago.

Roberto Sifuentes [www.saic.edu/profiles/faculty/roberto-sifuentes] is an interdisciplinary performance artist and educator. Sifuentes’ recent projects include: #exsanguination, a collaboration with new media artist jonCates and Aram Han Sifuentes (2016-2019). He is also a co-founder of the San Francisco based performance troupe La Pocha Nostra. He has performed and conducted workshops with La Pocha across the US, Canada, Europe and Latin America. Sifuentes has co-authored two books with Guilermo Gomez-Peña; most recently “Exercises for Rebel Artists: Radical Performance Pedagogy” Routledge 2011. As a performance pedagogue, he has been Artistic Director of the Trinity College/La MaMa Performing Arts Program NYC. Sifuentes is currently Professor of Performance at the School of the Art Institute of Chicago.

Nora Taylor [www.saic.edu/profiles/faculty/nora-annesley-taylor] is the Alsdorf Professor of South and Southeast Asian Art at the School of the Art Institute of Chicago. She is a specialist in Modern and Contemporary Vietnamese Art with a strong interest in Performance Art. She is the author of Painters in Hanoi: An Ethnography of Vietnamese Art (Hawaii and Singapore University Press, 2009) and co-editor of Modern and Contemporary Southeast Asian Art: An Anthology (Cornell SEAP Press, 2012) as well as numerous articles and essays on Vietnamese art. She also was curator of Breathing is Free: 12,756.3 New Work by Jun Nguyen-Hatsushiba for the Betty Rymer Gallery, SAIC, 2009. In 2014, she was the recipient of a Guggenheim Fellowship to study the politics of Performance art in Singapore, Vietnam and Myanmar.

The production of Running on Empty was sponsored by the Trust for Mutual Understanding, New York, and realized in cooperation with REX Cultural Center of Belgrade and DFBRL8R Performance Art Gallery of Chicago. 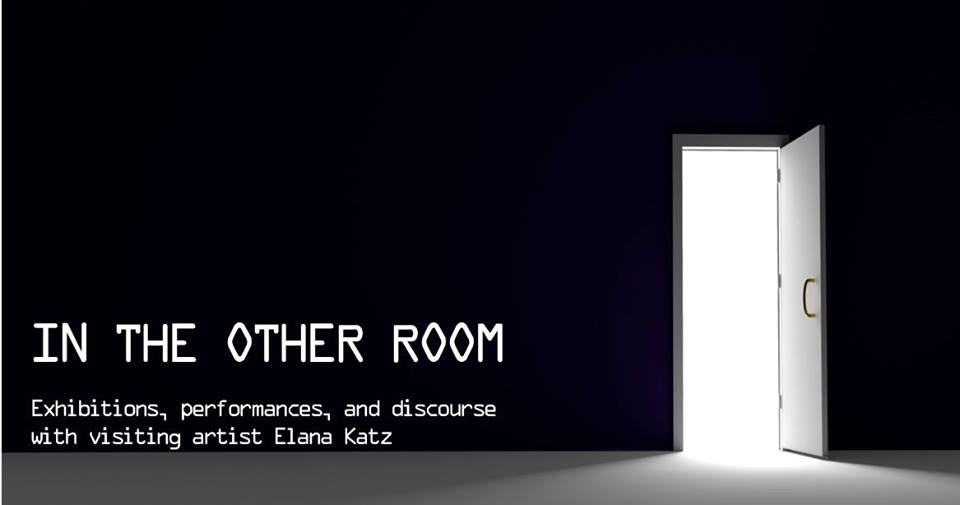