In a Cloud, in a Wall, in a Chair: Six Modernists in Mexico at Midcentury

Celebrate the opening of In a Cloud, in a Wall, in a Chair: Six Modernists in Mexico at Midcentury with a special evening featuring a panel discussion followed by an exhibition preview and reception. Hear from panelists Zoë Ryan, John H. Bryan Chair and Curator of Architecture and Design; consulting curator Ana Elena Mallet; and DePaul Art Museum director Julie Rodrigues Widholm as they explore the influence of Mexican modernism on art and design in a panel discussion moderated by Glenn Adamson of the Yale Center for British Art. Following the program, enjoy an exhibition viewing and reception.

The work of Clara Porset, Lola Álvarez Bravo, Anni Albers, Ruth Asawa, Cynthia Sargent, and Sheila Hicks has never been shown together before. While some of these artists and designers knew one another and collaborated together, they are from different generations, and their individual work encompasses a range of media varying from furniture and interior design to sculpture, textiles, photography, and prints. They all, however, share one defining aspect: Mexico, a country in which they all lived or worked between the 1940s and 1970s. During this period they all realized projects that breached disciplinary boundaries and national divides.

This exhibition is the first to explore Mexico’s impact on these visionary artists and designers. It takes its title from a quote by Clara Porset, a political exile from Cuba who became one of Mexico’s most prominent modern furniture designers. Influenced by Bauhaus ideas, she believed that design could reshape cities, elevate the quality of life, and solve large-scale social problems. This approach informed her 1952 exhibition Art in Daily Life, in whose catalogue she wrote, “There is design in everything … in a cloud, in a wall, in a chair, in the sea, in the sand, in a pot,” encouraging us to look at both the natural and machine world for inspiration and ideas.

Arriving in Mexico City in 1935, Porset started her design studio in the early 1940s. Inspired by the country’s climate, lifestyles, aesthetic and cultural traditions, and political progressivism following the end of the Mexican Revolution (roughly 1920), she conceived designs to be made from local materials and used both handmade and industrial manufacturing techniques.

Mexican artist Lola Álvarez Bravo, a close friend and collaborator of Porset, was one of few women photographers working in the country during this period. Her photographs are essential to understanding Porset’s no longer extant projects, and her dynamic photomontages, created by cutting and pasting together parts of different photographs to create new images, provide insights into Mexico’s richly layered social, political, and geographical landscape during the 1940s and 1950s.

Porset was also friends with German émigré Anni Albers. Encouraged to visit Mexico by Porset, she first traveled to the country in 1935 and made 13 subsequent trips. Mexico’s landscape and architecture became a vital source of inspiration and remained so throughout her career, providing an abstract visual language for her designs. The triangle motif, for instance, that she used repeatedly in textiles and screenprints was drawn from archaeological Zapotec sites such as Monte Albán.

Mexico also left a deep impression on Japanese American Ruth Asawa. In 1947, two years after taking a class with Porset at the Universidad Nacional Autónoma de México, she returned to the country and was drawn to the artistry in utilitarian looped-wire baskets that she encountered in Toluca. From then on, sculptures made with this wire technique became her primary practice.

American Cynthia Sargent moved to Mexico City from New York with her husband Wendell Riggs in 1951 and produced several popular lines of rugs in their weaving workshop. Porset championed Sargent’s work and included her fabric designs in her pivotal exhibition Art in Daily Life. Sargent and Riggs went on to co-found the Bazaar Sábado, an influential market for Mexican and expatriate art and craft that continues to this day.

While American artist Sheila Hicks never met Porset, she was aware of Porset’s designs through her close friendship with architect Luis Barragán, who worked with both artists. After studying Latin American weaving traditions and traveling to South America, Hicks relocated to Mexico in the late 1950s and set up a workshop in Taxco el Viejo, where she collaborated with and learned from local weavers, while producing pieces that are resolutely her own.

The work of these independent-minded artists provides six divergent yet aligned models of creative practice that followed alternative routes and opened up new possibilities. Displayed together, their work makes the case for a continued evaluation of Mexico’s creative landscape and contributes to burgeoning discussions aimed at a more inclusive history of modern art and design. 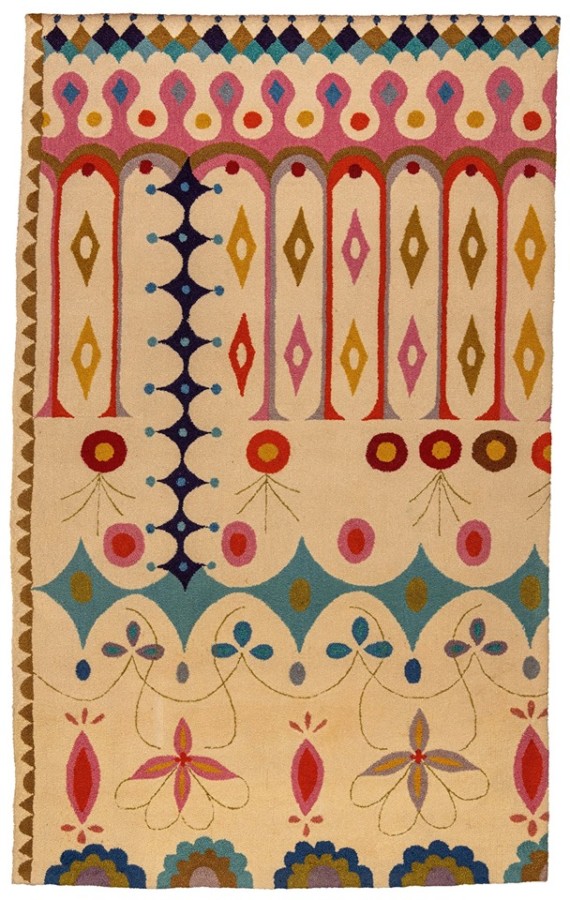