I’m Not Trying to Change Anything, I’m Just Changing

On view through Thursday, October 31st

Public Works announces its latest exhibition “I’m Not Trying to Change Anything, I’m Just Changing”, a collaboration between Sonnenzimmer and AppleButter Animated, on September 28 through October 31. Sonnenzimmer and AppleButter Animated are two contemporary artist collaboratives whose work slips between personal exploration and commissioned client work. Within their respective fields – static graphics, performance, publishing for Sonnenzimmer (SZ) and animation, motion graphics and robotics for AppleButter Animated (ABA) – their collective dialogue is at the edge of the changing media landscape. In an effort to better understand their changing times, the artists are collaborating with mediums outside of their immediate studio pursuits in an effort to find new forms of connectivity.

Long aware of their parallel paths as creative duos exploring commercial and experimental spaces, the two collaboratives finally converged through the idea of a printing collaboration using ABA’s painting robot and SZ’s screen printing press. Together they explored the translations of a gesture from human to digital to robot to print. Their first print together records these mutations. Their daily pursuits in art and commercial works inform the attention of the show with concerns in play and labor and the graphic resolves present in their works.

Major works to be featured in I’m Not Trying to Change Anything, I’m Just Changing include:

2) ABA will show Shorthand Stasis, an animation that builds on the internal process of creating and maintaining an image as well as featuring vignettes and other tricks that imagemakers use to guide the audience toward a narrative. A mini-van, workers, and a diner audience are central subjects in this animation. Each subject is stuck in their own shorthand setting unable to grasp consequence.

4) Sonnenzimmer will also exhibit a series of mono-printed textiles works. Exploring the graphic gesture and its mechanical iteration, these works aim to confuse the notions of painting, object, and use.

5) Sonnenzimmer will release a publication titled I’m Not Trying to Change Anything, I’m Just Changing. The publication features text and graphic works exploring the connection of touch and the graphic state. In addition, the publication includes a 12” LP of new music by Sonnenzimmer. The release will coincide with a performance by the duo on October 26 at Public Works.

I’m Not Trying to Change Anything, I’m Just Changing will open on Saturday, September 28 with a reception at Public Works gallery from 7-10PM. The gallery will host an artist talk from 6-9PM on Thursday, October 3 and will host the publication release and performance by Sonnenzimmer on Saturday, October 26. Beyond those dates, the exhibition will be open by appointment only 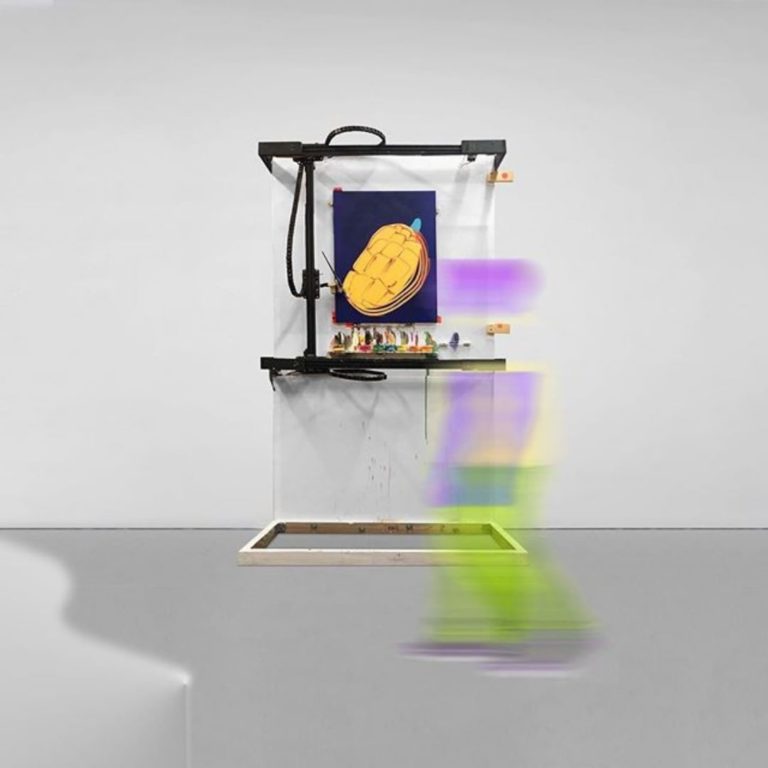