A techno DJ and a runner on a modified treadmill define comprise the foundational structure of this conceptual performance by visiting artists from Berlin, Elana Katz and Exildiscount. This collaborative work pertains to unfulfilled dreams, (self) sabotage, dysfunctional rationality, and things that never existed.

The event will close with a set by visiting Berlin DJ, Exildiscount.

I Want to Give You Flowers… is part of a larger project called In The Other Room featuring exhibitions, performances, and discourse with Performance Artist In Residence, Elana Katz. A companion exhibition on the Lower Level featuring the performance film Running on Empty will be on view for the 3rd Friday Opening and during regular gallery hours through October 11th.

There are three other events associated with this project:

Running on Empty is a site-specific performance for which the artist ran the 15km historic route of the “gas van” – a mobile gas chamber used during the Holocaust in Serbia during a 3‐month period in 1942. The piece deals with memory, postmemory, and dissociative tendencies, using the body to reactivate a landscape of trauma that has been integrated into the mundane local urban and suburban surroundings. A film has resulted from this performance that works with imagery and sound to both document and distort the performance action.

Discussions | Centered around the performance film Running on Empty, guest speakers deepen the analysis of this project and the topics that it triggers regarding collective trauma, memory, and contemporary art. The program will bring together an important selection of participants from Belgrade and Berlin to converse with local artists and scholars.

2PM | A discussion by the Berlin-based visiting artists Exildiscount and Elana Katz about their collaborative performance film project, Running on Empty. Moderated by visiting scholar from Serbia, Milica Lapčević.

6PM | Considering art as a means of addressing the social and psychological consequences of historical happenings related to both individual and national violence and trauma. Moderated by Roberto Sifuentes in conversation with Elana Katz and Aram Han Sifuentes.

Elana Katz [www.elanakatz.eu] is a conceptual artist working primarily in the medium of performance art. Katz’s work confronts cultural conventions, critically examines the complexity that lies within contradictions, and thus aims to create an experience of unlearning the assumed. Her work concerning memory culture and instances of historical erasure in the Balkans, Spaced Memory (2011- 2018), has been realized in Romania, Moldova, and the region of former Yugoslavia, in cooperation with, among other supporters, the Goethe Institute of Bucharest and the Trust for Mutual Understanding of New York. Katz has exhibited/ performed at the Royal Museum of Fine Arts of Belgium (2011), Diehl CUBE Berlin (2013), P.P.O.W. Gallery, New York (2013), DNA Berlin (2015), ROCKELMANN& Berlin (2016, 17, 18) and KWADRAT Berlin (2017,18,19). She studied in New York at the Parsons School of Design and earned a Meisterschülerin title from the Berlin University of the Arts (Class of Katharina Sieverding). Katz has been based in Berlin since 2008 and is represented by gallery KWADRAT.

Exildiscount [www.soundcloud.com/exildiscount] is a composer, sound engineer, producer and DJ from Berlin. Whether it is in working alongside video artists or in compiling a techno set, Exildiscount’s work always operates along the same tenets: exploring, challenging and recontextualising the different narratives, disciplines, identities, perspectives and discourses that inform both a work itself as much as our understanding of it. In this, he draws on his formal training as much his biography. Born to Christian cultist parents, he spent his childhood playing music in pedestrian malls of Germany with his family band. Escaping the ideological confines of religion and prescriptive masculinity as a gender non-conforming teenager, Exildiscount first pursued training as an events technician, then studied at Humboldt University of Berlin, majoring in Musicology and Media (Studiengang „Musik und Medien“), and minoring in Cultural Studies. He started out DJing in 2003 and now regularly plays at parties across the queer scene of Berlin, such as House of Red Doors, Gegen and as a longtime resident at SchwuZ. His work is driven by a belief in idealism rather than ideologies.

The production of Running on Empty was sponsored by the Trust for Mutual Understanding, New York, and realized in cooperation with REX Cultural Center of Belgrade and DFBRL8R Performance Art Gallery of Chicago. 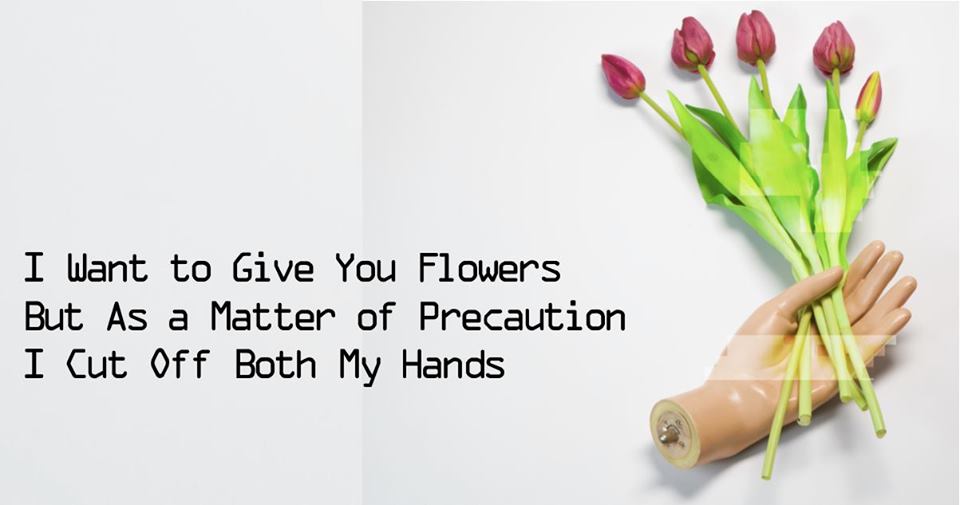