I Know You Would Never Laugh At Me

On view through Wednesday, November 6th

Baby Blue Gallery is excited to announce I Know You Would Never Laugh At Me, a group exhibition of Darius Airo, Spencer Harris and Kaitlin Smrcina. Each artist mixes cartoon and abstraction, crossing popular culture with “high” art aesthetics. Cartoon and abstraction are both methods that reduce reality into visual components. The artists distill, distort and then depart from reality into the weird new realm of the artwork. This places them in the lineage movements of the late 20th century such as pop-art or the Chicago imagists. However, the work is not simply a postmodern mixing “low” and “high” art, because there is less gimmick and less attempt to shock viewers. This generation of young artists have existed in that postmodern world with its pre-flattened culture. The affect of these works is much closer to genre painting. It is the everyday cluster of symbols, exaggerations, antics, and vibes. It is fun and funny, an attempt to construct meaning out of the chaos, rather than be another cynical critique.

Darius Airo was born and raised in Chicago where he currently lives and works. Airo received his BFA from The School of The Art Institute of Chicago in 2017. His work has been exhibited in Chicago, Los Angeles, and Brooklyn. Airo’s painting negotiates a formal dialogue attempting to bind a graphic and cartoon-centric sensibility with a rich and accessible vein of art history. Quoting historically charged work with volume from the Northern Renaissance and early Impressionism, the work seeks to place themes and figures in a contemporary space through a patched up and battered vernacular – bringing beggars, single mothers and city people to the painting stage recharged with opacity, hard edge, and gesture.

Spencer Harris is a painter from San Antonio, Texas currently living and working in Brooklyn, New York. He received his BFA in painting and drawing from Texas State University in San Marcos, Texas, and is currently attending the Pratt Institute, working towards an MFA focusing in painting and photography. Harris’ works focus on ingrained experiences and the rediscovery of past truths. Focusing on memory and misremembered episodes, Harris re-analyzes what he recalls from his childhood and uses his practice to fill in the blanks for what might have been lost with age. His work has been shown in San Antonio, Houston, and New York.

Kaitlin Smrcina was born in Milwaukee, Wisconsin. In 2016, she received her BFA from The School of the Art Institute of Chicago focusing in Ceramics, Sculpture, and Fiber Arts and Material Studies. Smrcina has worked as an intern for Carol Jackson the 2014 Whitney Biennial artist, as an assistant curator and studio manager for the Skragghole Collective gallery in Grand Rapids, Michigan, and as a production assistant for Redtwist Theatre in Chicago. Her experience in large scale making, “crude” curation, and theatre inspired Smrcina to work in a histrionic way, showing interest in the complexities of mythology, jokes, and cartoons. 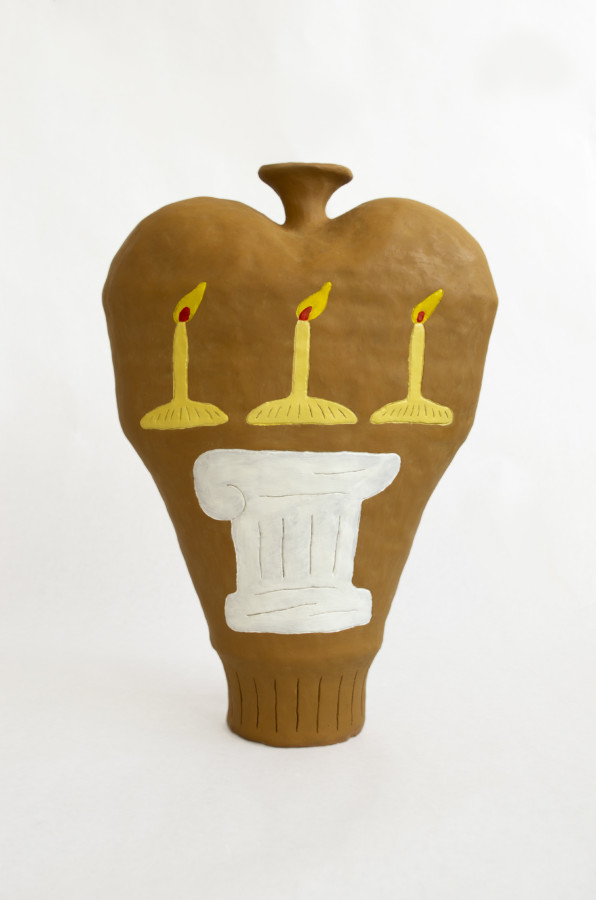