On view through Friday, September 20th

KEYNOTE 09/19/2019 Page May
Page May started Assata’s Daughters in 2015. She is an organizer, teacher and abolitionist based in Chicago. She is the co-founder of Assata’s Daughters and one of the eight youth delegates from We Charge Genocide who traveled to the United Nations, and the lead author of the shadow report submitted to the UN Committee Against Torture. Assata’s Daughters is an organization that seeks to support and engage young people. It provides them with a political education and leadership development that is necessary for them to achieve the things that they want to see in their community.

KEYNOTE 09/20/2019 Walidah Imarisha
A historian at heart, reporter by (w)right, rebel by reason, Walidah Imarisha is an educator, writer, public scholar and spoken word artist. She edited two anthologies, Octavia’s Brood: Science Fiction Stories From Social Justice Movements and Another World is Possible. Imarisha’s nonfiction book Angels with Dirty Faces: Three Stories of Crime, Prison, and Redemption won a 2017 Oregon Book Award. She is also the author of the poetry collection Scars/Stars, and in 2015, she received a Tiptree Fellowship for her science fiction writing.

Dr. Dara Walker
Dara Walker is a Assistant Professor of African American Studies and Women’s, Gender, and Sexuality Studies in the Department of History at Pennsylvania State University. She was previously the 2018-2019 postdoctoral fellow at the Pennsylvania State University’s George and Ann Richards Civil War Era Center. She holds a PhD in History from Rutgers University. Her research interests include African American history, urban history, 20th century U.S. history, public history, and the digital humanities. She is currently writing her book manuscript which examines the role of the high school organizing tradition in the development of black radical politics of the Black Power era.

Dr. Catherine Knight Steele
Dr. Steele is a Assistant Professor of Communication, University of Maryland and a scholar of race, gender and media with specific focus on African American culture and discourse in traditional and new media. Her research has appeared in the Howard Journal of Communications and the book Intersectional Internet (S.U. Noble and B. Tynes Eds.) Her doctoral dissertation, Digital Barbershops, focused heavily on the black blogosphere and the politics of online counterpublics.

Dr. Martha Biondi
Dr. Biondi (Ph.D., Columbia University, 1997) is a member of the Department of African American Studies with a courtesy joint appointment in the History Department. She specializes in twentieth century African American History and is the author of To Stand and Fight: the Struggle for Civil Rights in Postwar New York City published by Harvard University Press, which awarded it the Thomas J. Wilson Prize as best first book of the year. The University of California Press published her book, The Black Revolution on Campus, an account of the nationwide Black student movement of the late 1960s and early Black Studies movement of the 1970s. She is currently researching a book on neoliberalism, violence and Black life, focusing on Chicago since the 1980s.

Dr. Jessica Lu
Jessica H. Lu earned her Ph.D. in Communication and Graduate Certificate in Women’s Studies from the University of Maryland, College Park. Formerly a Postdoctoral Associate and Assistant Director of the first African American History, Culture & Digital Humanities (AADHum) team from 2017-2019, she now serves as the Associate Director of Design Cultures & Creativity (DCC) in the Honors College. Trained as a rhetorical critic, she examines the ideas and rhetorical practices that form, advance, and disrupt racist logics in public discourse in the United States. Her work is further positioned at the intersections of African American history, archives, and digital humanities, as she specializes in adapting the Text Encoding Initiative (TEI) standard of scholarly markup to critically model, analyze, and amplify Black people’s practices of rhetorical invention and innovation.

Dr. Stefan Bradley
Dr. Bradley is the Professor and Chair of African American Studies, Los Angeles, CA. He is interested in the role that youth have played in shaping post-WWII American society. More specifically, he is fascinated with the efforts and abilities of black college students to change not only their scholastic environments but also the communities that surrounded their institutions of higher learning. Amazingly, young people, by way of protests and demands, have been able to influence college curricula as well as the policies of their schools.”

Dr. Ricky Punzalan
He is an assistant professor of archives and digital curation at the College of Information Studies (iSchool), affiliate assistant professor in the Department of Anthropology, and co-director of Museum Scholarship and Material Culture program at the University of Maryland, College Park. He examines how archival records and archival repositories contribute to the creation and preservation of collective memory as well as in achieving social justice. His interest in archives, community, and collective memory led me to explore the emergence of collective memory as a concept in archival studies. Punzalan is particularly interested in colonial archives as they are re-interpreted in postcolonial communities. 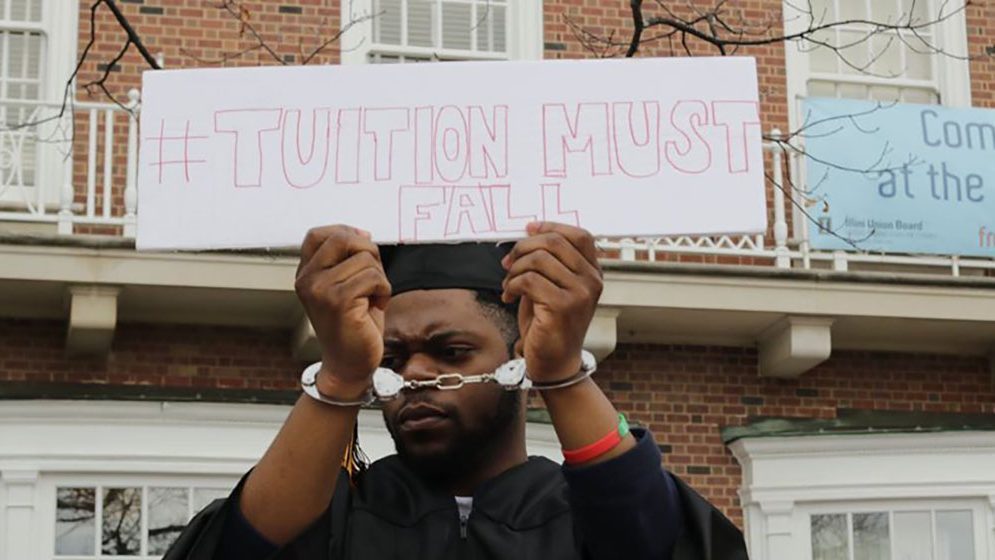