In photographs, and all art really, composition locates the viewer, generates the vantage point. That context, in turn, directs the emotional tone of an encounter. The high vaulted ceilings of a cathedral harnessed to generate awe, the authoritative neutrality that comes with a talking head on the news.

Eileen Rae Walsh uses perspectives that speak to difficulty in approach, to distance, to uncertainty. Soft edges dominate. Often, the edge is as expansive as the thing that has an edge. A Modernist read would bring universal assumptions about Eileen and her intentions. Awe is a thing very few of us post-moderns dabble with. That Cathedral, and more recently, color field painting, left awe in ruins, at least as far as an acceptable worldview. Left awe as little more than a quaint leftover much like nostalgia, the sublime, or purity. Or something colonized by the surfer, and ultimately by those of us in unironic crocs and socks. (Awesome, dude!)

We all know what light looks like in the places we live, or how the horizon inserts itself into our field of vision. These are not ideas but just a sense of normal, a reconciliation with the environment where we make our observations. Eileen has generated a set of simple rituals to really focus on awareness of light, color, and place that most of us take for granted so completely that we can’t even name it as an awareness. She goes outside. She stares straight up, or out. She stops seeking the names of things in front of her eyes, stops focusing, and just lets the light, the edges, the colors come into her. She has physical sensations of projection, portals that show her the conjunctions between her and the things that are way out in the unobservable edges of the atmosphere. Locates her in the universe and reminds her of her smallness. A practice begun in a childhood that involved a lot of moving. Cramming herself full of those assumptions about what the light looks like when you’re home. Helps her carry a sense that she knows where she is, wherever that may be. With that created new familiar, she can maybe let her guard down and be the version of herself that we get to be when we are in our own places. 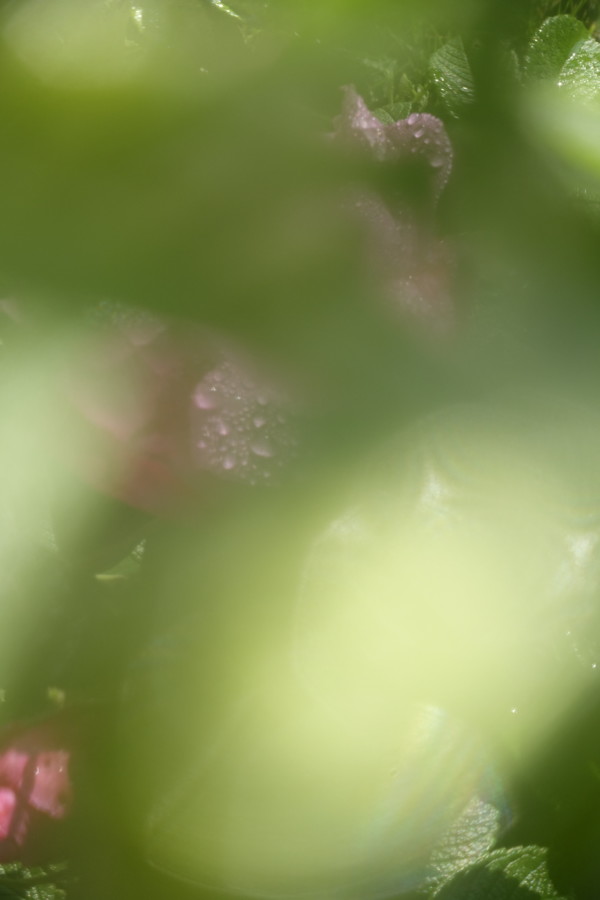