On view through Friday, November 15th

Alan Koppel Gallery is pleased to present “More Time Than Life,” an exhibition of new and selected works by Dianna Frid. Situated at the intersection of text and textiles, Frid’s work embraces non-hierarchical relationships between art and craft, and between concept and form. Either explicitly or in nuance, Frid engages themes of time, process, death, and the mutability of matter.

Join us for the opening reception Friday, September 13 from 6-9 pm.

For her current show, Frid presents work from three interrelated series: “Words from Obituaries,” “Text Textiles,” and “Evidence of the Material World.”

In her series “Words from Obituaries,” Frid uses short fragments she finds in selected obituaries from the New York Times. While the fragments resonate with the original source, they also stand alone as brief poems that materialize as words embroidered with vivid hues of thread on top of graphite. These poems sometimes admonish and sometimes make observations and declarations. For example, in the work titled NYT, AUG. 22, 2015, JACOB BEKENSTEIN we read “THERE IS NO RETURN.” In selecting the colors for a given piece, the artist devised an idiosyncratic color code system to loosely classify the deceased on the basis of what they are most remembered to have done in life.

Process is paramount in Dianna Frid’s artwork. Her embroidery embodies traces of time and work. For Frid, slowness is a vehicle to carve out space, to think and to figure: to figure out as well as to compose and uncover. The “Text Textiles” series is informed by a variety of source texts on craft, poetry, and cosmic time. The series is a means to explore, reflect on, and reveal modes in which astronomers, poets and weavers palpably experience time and rhythm. Rhythm is a non-linguistic aspect of poetry, attuned to iteration and breath. This breathing and marking of time also occur in embroidery. For this series, Frid embroiders transcribed texts next to bold graphite configurations. Thread and pencil form geometric patterns that heighten language while simultaneously slowing down its immediate semantic apprehension.

An on-site installation entitled “Evidence of the Material World # 9” operates in a less verbal realm. It provokes an encounter with space at the scale of the body. The installation is made with myriad manually made graphite tissues. The accumulation of these tissue drawings generates a temporary graphite field that adheres to the wall and becomes part of the interior architecture. Graphite shares the same molecules as diamonds, but in a different order, lending the substance a distinctive sensuous appearance. The “Evidence of the Material World” series is inspired by “De Rerum Natura,” written about 2000 years ago by the Roman poet Lucretius. In his poem, Lucretius talks about how death does not destroy the elements of matter, only changes their combination. Both Lucretius’ poem and Frid’s artwork make brilliant comparisons to these ‘molecular’ changes in poetry: by changing the combination, the context and the appearance of words, you change the poem and its matter.

Dianna Frid was born in Mexico, and immigrated to Vancouver, Canada with her family when she was a teenager. She lives and works in Chicago and is Associate Professor in Studio Arts at the University of Illinois at Chicago. Frid is a recipient of a 2018 3Arts Award and a 2019 Fellowship at the Ragdale Foundation. She acknowledges both organizations for their support. 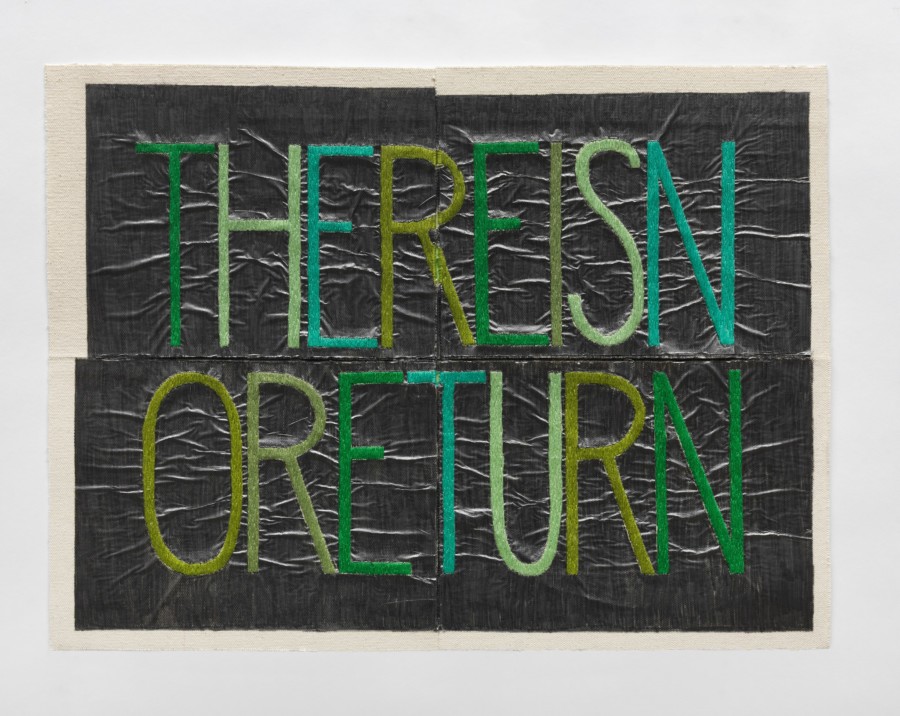